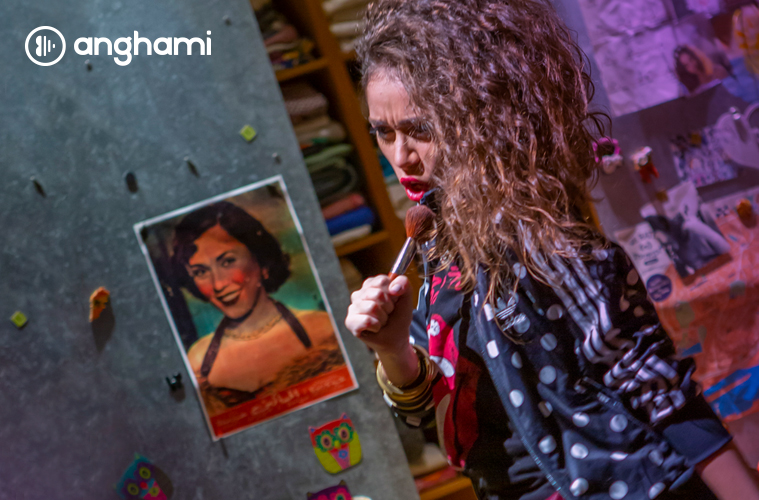 I don’t know about you but discovering new music never fails to draw a smile on my face. Most of my discoveries are owed to Revolver, random YouTube browsing, and my friends. I do like to do some digging myself from time to time so I’m here to share some of my latest discoveries.

No matter which music streaming app you use, it’s undeniable that what Anghami has done in and for the region in its 6 years of being active is remarkable. For those of you who are not familiar with it, Anghami was founded in 2012 by Elie Habib and Eddy Maroun as the first music streaming app in the Middle East. It has now evolved into an entertainment app, on the way to becoming a super app. Contrary to what some people think, the content available for streaming is not all Arabic and mainstream. They have a library of over 40 million international and Arabic songs, and their algorithm is pretty impressive.

Here are 20 cool playlists worth checking out, curated by the Anghami team:

The indie side of electronica is a side you want to be on.

A playlist highlighting Rock’n’Roll figures from the Arab world.

Experience the artsy side of Rock with this playlist that contains avant-garde songs by artists who are not afraid to do some experimentation with unusual musical elements.

A dash of psychedelia for pop lovers who want to feel hazy and poppy at the same time.

Need inspiration? This playlist’s got your back with just the right amount of dreamy and instrumental for you to expand your mind.

Music to help you focus, sleep, or to draw a smile on your face and send you to dreamland if this kind of music has the same effect on you as it has on me.

Delve into another sub-genre of Rock, characterized by complex, unusual and irregular rhythmic structures.

Discover music by promising artists in the Middle East.

Ever wanted to float in space? This playlist will get you as close to that as possible. This is the right (and only) time for you to wear your NASA t-shirt/hoody to get in the mood.

If you want to feel like a punk from the ’60s, this playlist will give you the right attitude for it.

Recommended for electronic music lovers and video games enthusiasts. Not recommended if you’re claustrophobic and don’t want to feel like you’re stuck in a vintage arcade machine.

For all those who like to consider themselves listeners of niche music genres, this one’s the right wave for you to ride. Dreamy and captivating electronic melodies, driven by the elements of 80’s Pop.

You know these ads that show us a guy with headphones on dancing on the subway? Listen to this playlist and pretend that’s you. Except the subway you’re on has a nostalgic feel. Kinda like those kids who say believe they have an old soul.

Adding spices to electronic music with this playlist of songs by Arabic artists.

This one’s for the coders. A playlist for your listening pleasures while you talk to your computer in zeros and ones.

An internet meme went viral and mutated into a microgenre of electronic music, giving cultural appropriation a makeover by drawing inspiration from 80’s and 90’s mood music styles. If you still don’t get what this means, listen to it and take the curator’s word for it: he described it as being “very energetic and rave-y”.

Best listened to with a glass of your favorite whiskey in one hand and a spatula in the other. “Kiss the chef” apron hanging from your neck is a plus.

If the gods of pop and the avant-garde preachers had sex, this is what their baby would sound like.

Combining three of the most feel-good genres in a playlist that will get you dancing in no time, wishing you were born at least ten years earlier.

Our very own playlist featuring the top 15 dance songs from the ’60s.