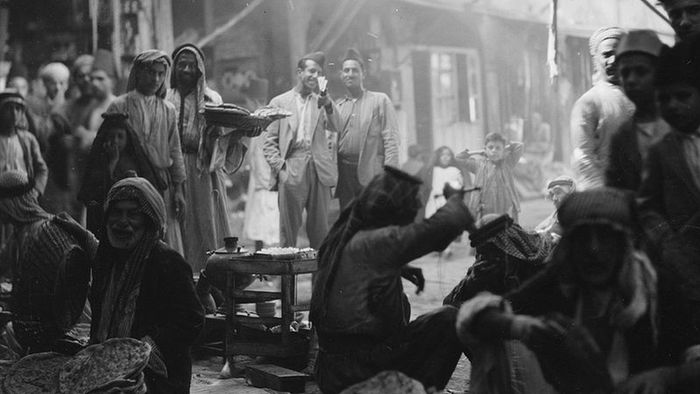 Iraqi music is as rich as the country’s historical heritage. Iraq’s history is not merely the history of an oil-rich place but it englobes some of the greatest eras of the History of mankind. Iraq is indeed the Cradle of Civilisation. Not only under the Abbasid caliphate was Baghdad a cultural pole, but in modern times as well, hence the saying “Cairo writes, Beirut prints and Baghdad reads”[1]
Iraqi music reflects years of influences, especially since Abbasid times and has reached a great peak in the beginnings of the 20th century. Kathim el Saher’s name is certainly the reference for much of the Arab world when it comes to Iraqi music. However, we tend to forget the great names that forged the rich modern musical heritage of Iraq: Nazem al Ghazali, Salima Mourad, Saleh and Daoud al Kuwaity, Mohammad al Qubanchi, Yusuf Omar and many others.

The Iraqi maqam and the Iraqi mawwal are certainly the most renowned aspects in Iraqi music. Also, the pesta, popularized in the 20th century is one of the most famous. Furthermore, Iraq’s oud playing tradition became a school and a reference. It is embodied specially by the figure of Munir Bashir. The contribution of Iraq to Arabic music and oriental music is a contribution to the world’s history.

Find below a short playlist retracing some essentials of Iraqi music through the 20th century.

For more info on Iraqi music