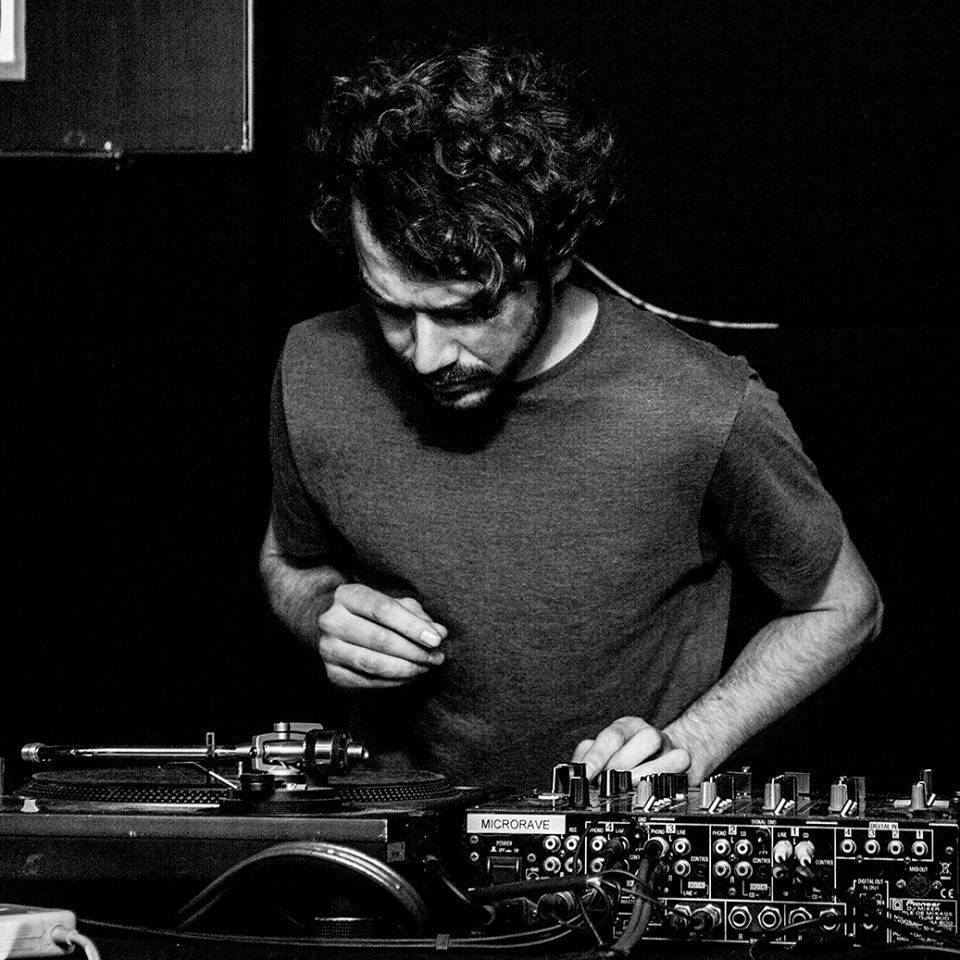 Critical Mass, Diddy and Grass: An Interview with Rise 1969

Born in the UK and raised in Beyrouth, 24 year old William Mahfoud (aka Rise 1969) returned to London to obtain his degree in sound engineering from SAE Institute and has successfully drilled his way through the English electronic music scene. From taking part in the not-so-legal raves in London to playing gigs in The Ministry of Sound, and being associated with indie labels like ABCD, Metafiziq, Air Snare and the up-and-coming Lebanese label Din Is Noise records,Williamʼs music ranges between dark techno beats that carry a perceptible Middle-Eastern influence and sound experimentation involving EEG, neuro-feedback, brain waves and psychoacoustics. We had a chat with him to discuss the release of his new album Critical Mass and some other shenanigans. Here’s what went down:

1. How did you dive into the world of sonic architecture?

Long story, but to quote Simon Reynolds, “Everything starts with E”. I was a skater before then, all my friends listened to punk rock or metal, except this girl I knew from London who would give me all this music every once in a while, from Hip Hop, Drum’n’Bass, Garage, rave anthems etc… Most of it I didn’t really like, I remember loving The Prodigy and Pendulum. It was all too technical for me, I loved the whole DIY approach behind punk rock. Then one day this guy in my high school thought it would be a good idea to take me to a rave. (It wasn’t really a rave, it was Marco V at the Movenpick Hotel but people just called them that).

All I remember was, after that, I heard electronic music totally differently. It was like my mind just opened up to it, and I instantly developed a taste because I already had known about all these different styles of electronic music. I started digging deeper, started going to psy-trance parties run by a Lebanese organization called Psyleb, and eventually found out about Kaotik System, a collective of DJs that were trying to push Breakcore, Drum’n’Bass, and other underground sounds in the region. They also had an amazing online forum, where I learnt all about the music, DJing, ad everything I needed to know that I wanted to start making electronic music.

I think it was all the psychedelic experiences that got me fascinated with sound. Once those parts of the brain are working, you start to understand sound, I’d come up with these ideas about sound which I would later find out were true once I started studying sound theory. I guess it was that fascination that really got me into it.

2. Your style is very particular, even within the realms of techno? How did you find your signature sound?

I don’t think I really have one signature sound. I think my style is particular because I listen to so many different styles of music, and aim to create something different, something unique to me. I guess you’ve only heard my album, but I’ve also made drum’n’bass, IDM, trip hop, and styles that I’ve conjured up. I also love folk music, old Arabic or African music, Celtic, Mongolian, anything with a rich history and culture behind it. When it fits, I like to add that touch, otherwise I’m just trying things and experimenting with new synthesis techniques, usually just by trial and error.

3. Critical Mass is very unique sounding in a way that doesn’t really fit under one pre-defined genre. Can you tell us a bit about it?

I made the album in London, almost a year ago. So many things there influenced me, the diverse range of music, all the different people I’d meet at parties or university. I was also blazing way too much for my own good. I remember trying to make techno with ‘As Gods’ the first track on the album (mainly because it was the first track on it that I made), and it just came easily. I felt free to experiment with sounds, and didn’t feel limited between synthesis or using found sounds.

4. Walk us through your creative process on how you get a track down.

My process changes depending on what I’m working on. At the moment I start with getting a good kick/bass groove, otherwise I’d usually just start with a drum pattern. Many producers already have a stash of sounds they make during sound design sessions, but I prefer a hands-on approach where I make sounds especially for that track. I very rarely re-use sounds, and if I do, it’s because I just stumbled on them while looking for new sounds to inspire me. When I had my own studio in London I’d record a lot of my own sounds, performing random objects and processing them into something somewhere in between real and unreal. Now with less time on my hands I save sounds I find online while searching for sound design projects.

5. How is the experience of being a musician working between Lebanon and Dubai? The cool parts versus the challenges?

I think of myself more as a sound engineer, my music knowledge is terrible. The cool part is that I get to make a decent salary doing what I love, something I’m good at yet still get to learn new things. Right now I’m building a 5.1 studio which I’m really excited about. I guess the challenges are minimal, I’ve got good friends here and we are all working hard on ourselves. The only challenges I face are in the workplace, which is great because I also get to learn from them too.

6. How did your experience as a sound engineer help shape your production techniques?

At university we learnt about different forms of synthesis, mixing techniques, mastering, but it was up to each one of us to do something with it. I chose to go down this route because I love how non-musical sounds can achieve certain moods. Music is a known study that induces feelings, but using random sounds to achieve that is still not a science. It’s purely experimentation. That’s usually how I approach production. I love randomness. Most of the ‘musical’ progressions you hear in my album are created with random note generators, processed and automated to create more movement.

7. Is there a setting or a festival setup that you prefer or maybe even dream about playing?

Not really. I guess my biggest dream is to start a small collective that do our own parties. We do that in Lebanon a lot, but it’s not really a good breeding ground there. It’s funny, I read an article this morning about the police shutting down a rave in London that had 2000 people. A riot started and people started throwing bricks, injuring a few officers. If that happened in Lebanon, they would have orders to shoot to kill, no questions asked. We simply don’t have the freedom to start an underground movement in Beirut, no matter how small. We always have to find a location on the middle of nowhere and keep the location private, and make sure only our friends know where it is. I’m not really ambitious when it comes to playing huge festivals, I’d rather work on my craft until I feel like I’m at the top of my game. Maybe then I’ll feel like it’s the next step.

8. How would you explain your music to a time traveler from the 60s who’s never heard any electronic music?

If the traveler was a hippy, I wouldn’t have to explain anything. I’d just drop some acid with him and let the music do the talking. We’d probably end up talking about technology and how things have changed. He’d look at my iPhone 4 and think it was a hallucination.

9. What is your guilty pleasure music?

When I was just getting into DJing, I started playing around pubs in Beirut. The most accessible music for me that wasn’t Radio Top 40 was basically all the 90’s RnB hits. Eventually the style grew on me, that music had much more soul than what is currently in the charts. Not that I’d hide in the closet and listen to it, but I’d definitely smile and feel nostalgic if I heard P Diddy come on.

10. Is there a genre of music you would like to explore but haven’t had the chance to work with yet?

I’m currently exploring the more minimal side of DnB, I’d like to get deeper into it but my process has slowed down since I came to Dubai. I’m settling in fine but my work hours are long. Also, Playing with a new style is always difficult to get used to. But it’s great because I feel like I’m learning from it.

11. Anyone working today you would like to work or collaborate with? Why?

I wish I could get my mate Geara over from Beirut to collaborate in the studio I have here. We both have very different workflows but our tastes have grown in parallel. He introduced me to good techno in London and I got him into drum n bass. Funny how things go full circle, now he’s getting me back into drum’n’bass and I just released a techno album. Good collabs happen when people are in the same room and get each other. The best collabs happen when both can be free to do their own thing and bring these two things together. Some artists I’d love to collaborate with are COOH/Balkansky, Jon Kennedy, Luke Vibert, Nicole Moudaber, Julian Jeweil and Boris Brejcha. Not necessarily just because of the music they make, but because I met them and their attitudes and approach to music are very similar to mine. They’re also really cool people.

Geara and Rise 1969 collaborated on this track called Generation of Horror.

12. How are you planning to move forward with your music once the hype and work for the new album are over.

Simply put, just making more music and learning as much as possible. As I said I’m not very ambitious when it comes to playing big gigs, although I have played to big crowds before. I just want to keep doing what I’m doing, but hopefully doing it more often.

13. Any tips for up-and- coming producers?

Work on your craft! Too many newbies just want the attention (and often get it) without the hard work. As appealing as it sounds, that never lasts. What does last is passion. Passion keeps you persistent and determined. If you really love the music and not just what surrounds it, you should know that it takes years and years to get to a point where you are happy with the quality you are putting out. I started making music about 8 years ago, and even after getting a degree in sound I’m still not 100{0ab89397c598e04c77578d408e980f9d33439bf016b050562e5be9510fd7e3ba} confident with my work. You’ll notice I rarely play my own tracks unless I’m performing live. However, even though I’m not completely confident about my music, I’m extremely confident that I’m on the right path to arrive where I want to be. I’ve met so many successful artists and they all have the same thing to say.