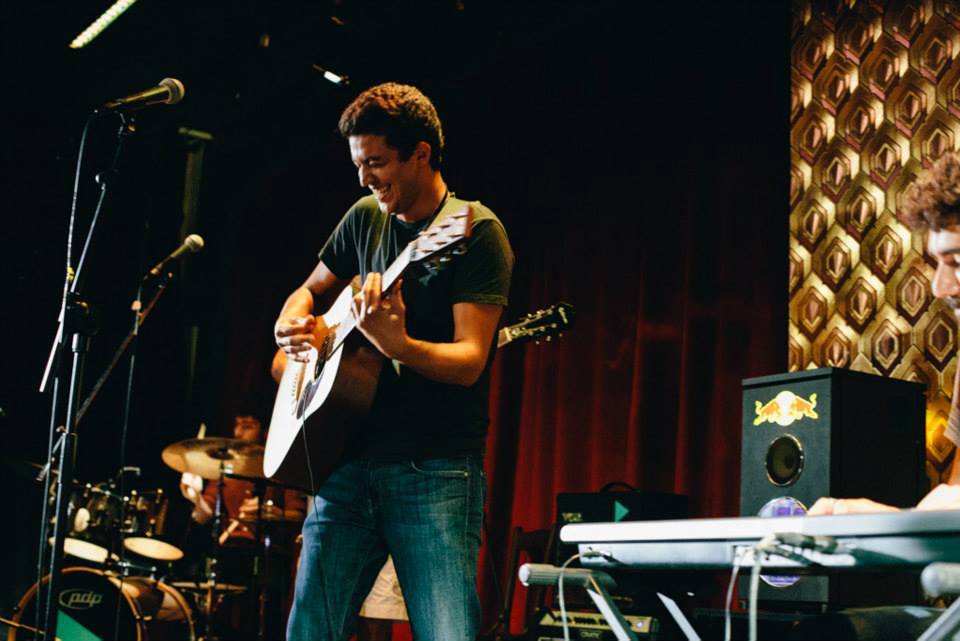 Interview With Ramly: Where Do We Go Now?

It was a freaking cold night in one of the worst winters that Boston has witnessed, when I first saw Ramly perform in public. During an open mic session in an underground dusty old bar in Cambridge, the artist was performing Beacon Hill, a track from his Drown the Morning Sun EP. Just him and his ukulele. The silence in the room was tickled by the mighty New England winds that served as naturally beautiful sound effects to the stripped down version of the song. A few days ago, with the coming of the first breeze of summer, we decided to first share our mutual hatred for long winters and discuss his musical inspirations, influences and plans for the future.

Let’s start with Ramly the person, not the legend. Some of Revolver’s audience never heard of you because they just don’t listen to anything post 1995, please tell us about yourself. And yes, this might as well be a job interview.

Thank you Revolver. I myself – not the legend, whoever that is – have rusty ears beyond 1995 except for maybe some of Outkast’s stuff, so we’re good 🙂

I listened to your EP, Drown the Morning Sun. I have to say that the songwriting is beautiful and the production is powerful. Can you tell us what influenced the album musically?

This album really came about in bits and pieces, and tells, through half-baked introspection attempts, the story of transitioning, leaving comfort for change, and trying to discover what really matters, and what ultimately doesn’t. For me, it was, and still is, the story of crafting my personal dreams and aspirations, and letting them remodel me along the way. The EP is a reflection on the emotional process that comes with that. The music and lyrics usually come together, and they just happened as a series of random events and states of mind that marked the bigger process I was going through. I picked up the ukulele during my first visit to the US a few years ago: I needed a cheap, light instrument that I could carry along in my travels. I ended up playing it anywhere and everywhere, and actually wrote The Cold one rough night in a New York City Subway station, on my way to nowhere.

What about some of your musical idols? Any specific artists you feel inspired the sound of Drown the Morning Sun?

Somewhere in there, there’s definitely a Nina Simone influence. Probably also Patrick Watson, Crosby, Stills and Nash, Elvis, The Walkmen, some of the older Arctic Monkeys stuff, Antony and the Johnsons.

Beacon Hill, for those who don’t know is a pretty neighborhood in Boston, Massachusetts. It’s also my favorite song on the album and anyone who survived a winter in Boston will strongly relate with the song’s lyrics. I felt a sense of blues in the EP’s lyrics, were they written in the same period of your life?

It’s tough for me to have an outsider’s view on my music, but from within, I’d say it definitely expresses a lot of hope, yet with a melancholy, bluesy tinge to it. Beacon Hill pretty much wrote itself when I was doing my surgical rotations in Boston. A combination of being a complete stranger for the first time, sleeping in an office, waking up at 5 am everyday, doing 24h shifts, and imagining what it would mean to be choosing that as a way of life, and even more, giving it everything, everyday, with zero certainty about whether things would work out. It’s about taking chances on yourself and others, and the beautiful contradictions that come with that.

Do you feel that the cover of the EP contributed to the general feel of the EP? Can you tell us the story behind it?

The cover actually changed – literally – the day before it went to print. I am blessed to be working with amazing friends. I have Tala Safie to thank for the spot-on album art, and Michelle Daou, who, more than anyone, knows how to make stuff happen when it needs to. The picture is actually of my mom and her six sisters, sometime in the late 80s or early 90s, at my grandparents’ family house in the mountains. The place is now an awesome generational summerhouse for dozens of cousins, and still constitutes my grandfather’s headquarters for tending to his fields of apple trees, as it has for decades. I’ve spent some of the highlights of my childhood with the most wonderful people there.

You worked with producer Fadi Tabbal on all the songs of the album. How was the experience?

Fadi is such a generous, patient, knowledgeable, musically refined, and fun to work with musician. We instantaneously clicked when I first played the songs to him at his studio. I had heard his solo ambient stuff, and the combination just made perfect sense. I was thrilled when he also suggested playing on the album. Our first attempt, which we never later modified, was the ambient multi-dimensional highway to intergalactic skies that he lights up with the second verse of The Cold and on. This ambient touch would later spill over to smoothly infect the rest of the album, and my future musical direction, probably. Who knows? I certainly don’t.

I spent my last months in Beirut arranging the songs with Fadi, Ramzi, Pascal, and Elie A. a.k.a. Louli, between my old apartment and Fadi’s studio. The best aspect of this whole experience has been to be able to do it with friends. They have all personally invested in each of the songs, and that makes the music way more meaningful to us. It was a lot of fun. Fadi would come in with a suitcase full of pedals, wires, a screwdriver, a batman figurine, and maybe his glasses, and infuse some layered organized chaos into the songs. We would only drink lychee-jameson-seven (Pascal’s serendipitous concoction), mainly because it was the only thing left – and there were gallons of it – after a crazy jam that turned into a house party. Friends from Wickerpark, Beirut Jams Sessions and Beirut Open Stage would pass by and pass out. That’s how that whole spring went.

Should we expect a revisit to this collaboration any time soon?

Definitely. I think that this collaboration has opened a new dimension I would like to keep exploring and immersing myself into. Because of the setting, the creative process is bound to be fragmented. Also, playing live with the same band members on a consistent basis is an obvious geographical and logistical challenge. I like to think – I’m actually certain – that those things will ultimately flavor the experience even more and open doors for new collaborations. It also allows us to grow in our own directions and bring something different to the table every time instead of just recycling ourselves in a bubble. I am actually embracing those “inconveniences” as avenues to creation, and a cure to boredom and stagnation. I’m moving to Portland, Oregon in June. I’ve aslo just picked up the trumpet. Who knows what else could happen.

That’s a big move. How did you decide to start learning the trumpet at this point of your life?

The cocktail lounge version:
I’ve always been fascinated by Jazz, and never felt the guitar was really made for the bop. I’ve never imagined myself holding a trumpet either, but it’s really fun to be trying something new, even though the timing is awful right now. I feel that there’s a lot I could say in trumpetlish. We’ll see. I guess it must be like golf, you want to be good enough by the time you retire and it’s all your knees still allow you to do

The real one:
I met a wonderful human saxophone being in San Francisco in November. He may have to leave earth very soon. I’m catching up as fast as I can so that we can have a gig (before the great one in the sky). I’m not worried though, because he promised that he would shed his spacesuit and come back so that we can have a proper brass band.

Which artist(s) who are currently active would you like to have a collaboration with and why?

Ramly is on all of the below: