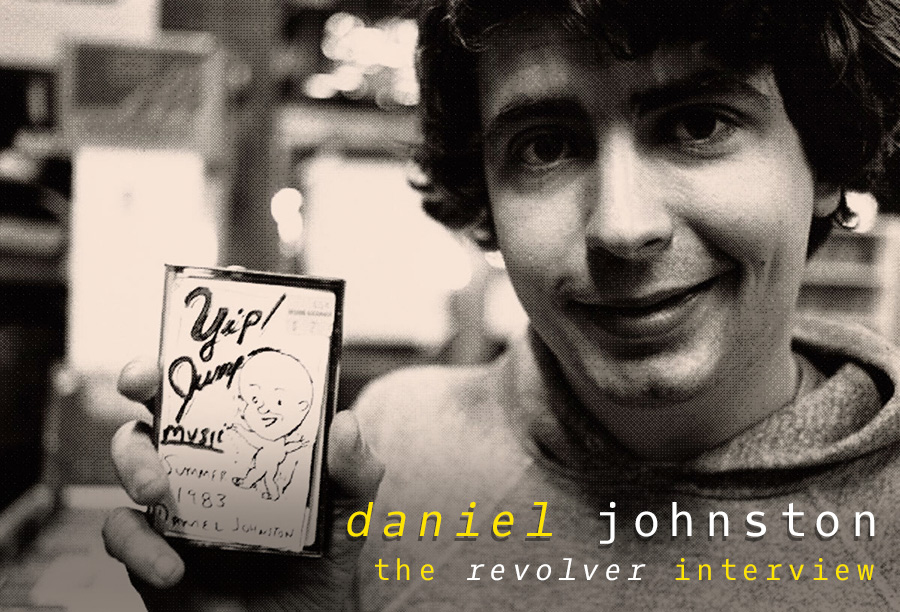 Listen up and I’ll tell a story

About an artist growing old

Some would try for fame and glory

Others aren’t so bold

I got to know Daniel Johnston essentially through his 1982 song The Story of an Artist. At the time, I didn’t know anything about the artist behind the gloomy lyrics and the mourning piano sounds. After watching the ‘The Devil and Daniel Johnston’, a documentary which takes us on a trip into his genius mind, and after digging through his whole discography, those lyrics from 1982 seem as prophetic as ever. As a singer songwriter, his influence is unmeasurable. As an artist, it’s a realistic hope that Jeremiah and the Space Ducks will live forever.

During a typical discussion around Daniel Johnston, some would argue that one has to “get it” to appreciate his genius, like it’s some kind of modern art. The truth is that it is music written by a pure soul, a soul that has seen heaven and hell, a soul that screams words that every human being can get if they accept a world that is not in black and white.

I got the amazing chance to chat with Daniel on the phone, an experience that gave me insight beyond what was asked and what was said. It was a relatively short conversation, but it was as humane as a music interview could get.

Revolver: Hi Daniel, how are you?

Daniel Johnston: Today I’m feeling really good. I fell, and had to go to the hospital.. I really hurt myself but I’m doing a lot better now. I kept falling and I was like.. falling in my dad’s backyard [laughs]. It’s been bad but I am walking better now.

R: When I got to know your work years ago, the first question that popped in my mind, was about Jeremiah the Innocent. Did calling him Jeremiah had anything to do with Three Dog Night’s song Joy to the world which has the opening lyrics “Jeremiah was a bullfrog”?

DJ: I drew a frog. It really didn’t have a name, and they started calling it Jeremiah in the press. They’re the ones who called it Jeremiah!

R: You draw a lot of characters actually, like Jeremiah, the Space Ducks or the boxer. Are you still doing that?

DJ: Oh yes! I drew the boxer, the space ducks and others and I just can’t stop! I love to draw and I love to write songs and so now that I have a house on my own, I’m making comics and songs all day long, it’s the greatest life I ever had! I’m very happy.

R: You’ve become what can be called the unofficial king of Lo-fi. If you were able to start again, would you still record on a cassette or do you enjoy the studio experience?

DJ: Working in studios is a million times better than just recording at home. It’s not like I did it by choice, it just happened to be that my home recordings are what first got attention.

R: You wrote True Love Will Find You In The End in 1984, where is your true love now?

R: You’ve said in one interview that your favorite book was the bible. You’ve also hoped there is a God in “Hoping”..

DJ: [interrupts] I grew up in a.. I went to church all my life! I was baptized and yeah..

R: So how would you describe your relationship with God at the moment?

DJ: [laughs] I hope he loves me he must love me! I am having the best life I’ve ever had at the moment. I got a new house and I was just watching some movies! It’s the kind of things I like to do!

R: Do you feel that your art and songwriting changed when you started taking medication?

DJ: Oh yeah it really did help a lot because I was really depressed..

R: So in general things are getting better when you started taking them.

DJ: Yeah I’m doing really well, I had a comic book that came out called Space Ducks. Did you see that one?

DJ: I am working on a sequel on that now!

R: A number of great artists have covered your songs. Is there any musician that you wish will do a Daniel Johnston cover one day?

DJ: Every time one of them covers some of my songs, I love it! There’s been a lot of albums that people have released, of people singing my songs you know, but they were never hits, they were never on the top 40, but people love that.. But yeah I’m always happy when my songs are covered… I love to be rich. [laughs]

R: In a 2008 interview, your sister warned us against sending you money as you will only buy pizza with the money. What would you buy with the money today?

R: Would you ever consider touring Europe again?

DJ: Oh yeah that’s bound to happen sometimes. I love touring the United States better though because I don’t like flying over the ocean, it takes too long and then you get lost in the airport. So I prefer touring the US even though we once played in Japan, are you from Japan?

R: No no, I am from Lebanon but I am in Europe at the moment.

R: I know in the past few years you’ve been doing some exhibitions, any more that planned soon?

DJ: I might work on something in the next few months because I am running out of money [laughs]. But when I go on tour I’m rich you know. And soon as I get cash, we go shopping in comic books and record stores, and that really makes me happy.

R: What movie are you gonna watch tonight Daniel?

DJ: I’ll probably watch, what did I watch this morning.. I watched Godzilla and that was a great movie, it was the best Godzilla movie I’ve ever seen, it’s really cool.

R: Thank you Daniel for your time, may you have brighter and brighter days!

DJ: Thanks you. Take it easy man!