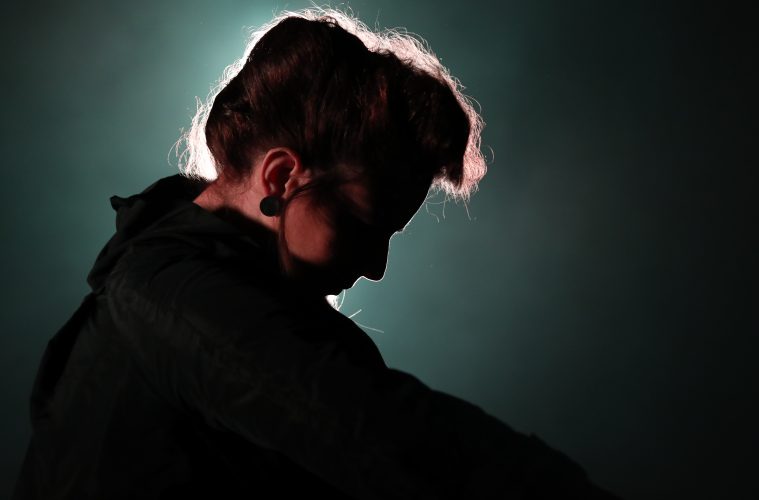 Surrender to The Robot: The Liliane Chlela Interview

It’s impossible to write an introduction about Liliane Chlela without getting all cheesy and emotional, so I thought I’d be scientific in my approach and just try to list all her projects instead:

The DnB Project: A notorious trio, playing an improvised drum’n’bass sound with an actual drums and bass. It is just too rock n’roll (actually drum’n’bass)

Hezbel Taleta: An iconic post-rock group, with ecstatic soundscapes and a psychedelic ambience. They haven’t shown up in a while, but their impact on the Lebanese underground scene can still be.. seen.

The Butcher’s Bride:  A duo with Mashrou Leila’s vocalist Hamed Sinno, that created quite a controversy upon its announcement of them ‘getting married’. She managed once again to redefine and then boldly cross the lines of what people expect, love and dance to.

Liliane Chlela: You probably already know her solo act, which she showcased in one legendary Boiler Room session. Her sound is the ‘delicious soup of everything’ that you occasionally burn your face with. (See her session below)

I probably forgot a few, of course, but I think you get the point.

Without further ado, here’s our interview with the local queen of hairspray, electronic music and everything in between.

What is your take on sticking to specific genres versus experimenting beyond your comfort zone and branching out to a multitude of sounds?

As long as you remain true to your sonic identity or technique, any genre can be approached, really. Tackling different genres means you are expanding your know-how and your sonic comfort zone into various territories—which is mandatory for any musician/producer invested in exploring more than what his/her ears are used to hearing.

How would you say you managed to maintain a signature sound on top of all these very different sonic paths? Was it a sound design thing? badass attitude? mystical powers?

I guess my sounds became a ‘signature’ after going through various genres, playing with numerous musicians, and being exposed to as many sub-cultures/movements as possible while still being able to remain true to the music and never compromising the sound. Maybe all of this establishes itself once you start finding/appreciating details in the most unfamiliar places… then again, there is no such thing as ‘my own sound’, for this is an endless process that I’ll always enjoy.

No boundaries were harmed.

It’s no secret that in today’s modern world the barrier of entry into electronic music production is very low, all you need is some basic music theory and mouse navigation skills and you can pop out a track in no time. How do you think that affects the industry versus the listeners? What can an artist do to separate themselves from the zombie apocalypse?

Talent and skills are overrated. Everything is accessible and tools make things easier. I’m more interested in a certain legacy that musicians/producers work on or leave after. This will only happen with authenticity and organic outreach on a society—be it passive or active. You stirred up quite the controversy lately with your marriage to Hamed. While that matrimony brought us new musical babies, did that take a tiring toll on you or did it encourage you to break more ‘social’ boundaries?

Whatever really… No boundaries were harmed. Although you are pretty active online and in the music scene yet somehow it’s always a mystery what exactly you’re doing and plotting. So if we may ask, what the fuck are you doing? What’s in your pipeline?

Trying to make up for all the lost years spent behind office desks.

Along all these musical adventures, you have always balanced a career in the corporate world. Some say that having a day job might actually be beneficial for creativity as it drives you to keep pushing, others say it sucks out your energy and leaves you dry. What’s your take on that given that you’ve been to both sides of the argument?

The corporate jobs for me were draining and were not really beneficial to my ‘musical’ career. It’s a compromise that one needs to make… but, if one is able to sustain him/herself financially without having to work in a corporate environment—> don’t do it.

As long as you do you and you’re good at that, it’ll pay off eventually

The DnB Project, Hezbel Taleta, Sonic Groove Society, your Solo Act, The Butcher’s Bride, and the endless collaborations you did… it’s not only that you took part in these landmark projects, but you were also the driving force behind each one of them (especially your solo act :p ), how do you manage to stay inspired and creative yet branch out that much?

Inspiration (personal) was never tangible for me, it’s a process that happens instantaneously without premeditation; probably the reason for which I’m exclusively comfortable in improv mode (present in most of the projects). Even the prod/pre-prod process happens as is. I try to remain loyal to what my guts tell me to do, and that may be the reason behind it all (??)

Creativity (descriptive) is more of an observation from the 3rd party, so I don’t really have a say here.

I hate to bring up the topic, but I think it’s a must in today’s climate. The ratio of females behind the decks is way lower than the ratio of females in the audience. What advice would you give the next generation of female producers that are trying to get their chance to play as well?

One of my most hated topics of all time lol.

A personal advice and a motto I live by: never highlight your gender nor your nationality and never compromise your sound. As long as you do you and you’re good at that, it’ll pay off eventually (even if this has been nauseating for the past 10 years and still…)

On the other hand, some other fellow female DJ’s and producers have made it faster by highlighting features I wouldn’t personally be interested in, and good for them! We’ve been seeing a lot of technologies about AI softwares making music and AI-enabled tools… How would you look into a future 30 years from now where technology almost creates on its own. How would human creativity still be relevant? Or do we surrender to the robot?

We will surrender to the robot and wait for it to save us.