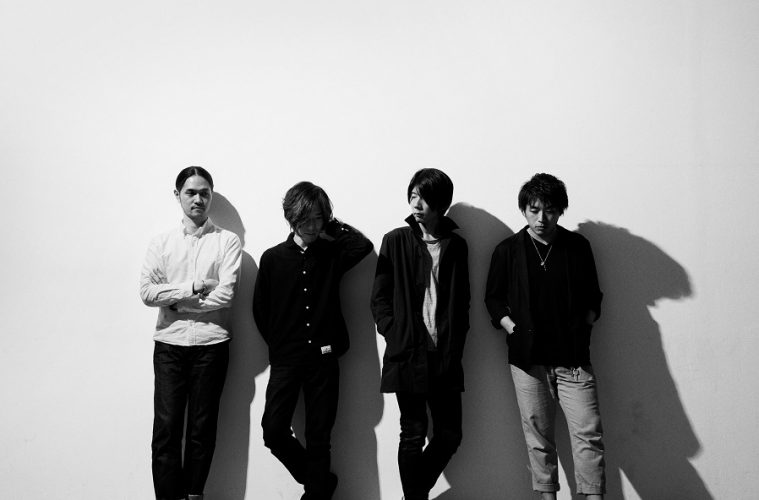 LITE is an instrumental rock band that was formed in 2003 in Tokyo, Japan. Their music roams between post-rock and math rock. They have recently started  drawing inspiration from their live shows and feeding on the audience’s energy. Touring has helped them mature and come closer as a band, shaping their sound into a more approachable and open one that’s reminiscent of their aggressive original sound. They’ve played alongside Explosions in the Sky, MONO, envy, toe and mouse on the keys to name a few, most of which were featured on our The Subtle Art of Ambience: Intro to Japanese Post-Rock article. Their new album, Multiple, is set to be released on June 5 so mark your calendars! In the meantime, you can listen to Temple, the one track off the new album that made it out to streaming platforms early.

Get to know the band in this interview, answered by Nobuyuki Takeda, guitarist and leader of LITE. The band was formed in 2003 – that’s 16 years ago! How did the band come together in the first place?

Kozo, the other guitarist, was in the same junior high as me, and I started playing in a band with Akinori, the drummer, in high school. When we were 19 years old, Kozo, Akinori, another member and I founded a new band. That was 18 years ago. The bassist left 2 years later, and Jun joined us to form the band LITE that is still active today.

No four people get along 24/7. You’ve known each other for over a decade, what are some of the challenges you had to overcome as individual members of a band?

I think the most important thing is that the 4 members keep sharing the same objective. Without a common goal, a band will probably fall apart after a while. The main reason we are still together 16 years later is that we never stopped trying to pursue and achieve this goal. And in order to keep a common sense of values, it’s necessary to share experiences by touring together and such.

I also came to understand that it’s essential for us not to push ourselves too hard. We take our time to try different things and enjoy it at our own pace. It’s evident that you’re very serious about music and it’s obvious that you put a lot of time and effort into each song. You are, however, known for being fun to watch and talk to. How do you maintain the balance between the fun side of making music and the more serious side required for tracks to be of a certain level?

It’s really a lot of fun to instinctively find a cool riff, and move from there to making a song of a regular level. But to surpass this level, it takes a long time. This step is honestly quite hard. To overcome it, I often imagine how we would play the song on stage in front of a big audience. That usually gives me new ideas. And the final moment when the song is finished is the most fun of all.

You started touring at a young age and, in one of the interviews, you mention that you’re grateful for having done that, otherwise you wouldn’t be where you are today. Is that a piece of advice you’d give to all up-and-coming bands trying to ‘make it’?

The most stimulating thing about going on tour, musically speaking, is that we can feel what’s happening in that country just by watching the local bands playing or talking with the audience or our local friends.

We are in contact with a massive quantity of information through the Internet nowadays, but that’s not all there is to see. There are things we cannot comprehend if we don’t play in other countries.

As we started going abroad at a young age when you’re a lot more sensitive, we appreciated these new stimulations and information to the fullest. I really advise young bands to try that too.

You had to work part-time jobs to be able to afford touring and making music. What did you do?

I am working as a management consultant, as a regular full time job. I was interested in starting a business, and I think business elements are becoming indispensable to continue band activities. I have seen a lot of situations where a great Japanese band had to break up because of some business failure. Helping artists to be financially successful is also my lifework.

Cubic, your 5th studio album, was inspired by your live performances, drawing on crowd interactions and going back to your roots. What were the inspirations for your new album, Multiple? How did the album come together?

After making Cubic, I realized that we haven’t been able to include in it the aggressive, edgy side of LITE. I also came to think that the best way to depict LITE might actually be by following the same approach: sharp and physical, with few sounds, which can show itself at its best live.

This time, the new album Multiple is jammed with this edgy and aggressive side of LITE.

You’ve stated that your albums are built in a way that ensures a certain smooth interaction between the tracks, with some acting as interludes. You also expressed your concern about music streaming platforms missing the point when it comes to this specific aspect of your music. Would you say that listeners don’t really experience the true LITE sound unless they listen to you live?

There is of course something specific about a recorded sound that you can only enjoy when listening to an album.

But for LITE’s sound, on the contrary, there are also things that can’t be expressed in the music only and a dynamism that you can’t feel if you don’t listen to it live.

I also personally think that the most interesting thing in a band is in the “people” part. As the easiest way for people to express themselves is during a show, the best asset of LITE might be in the passion of the members on stage.

“D” is one of my personal favorite song of yours. It has a light, fun and funky element that makes it stand out from the rest of your discography. Do you agree that it’s different from your usual songs? What was the creative process behind it?

Actually, the guitar riff that is used in the last half of “D” is a riff from a demo made before LITE was formed. In that sense, that’s indeed a song apart from the others.

The song from this demo was totally different from “D“, but we can say it has been transformed into “D“. On a lighter note, you’ve been to many countries across the globe. Out of all the cuisines you’ve tried thanks to touring, what’s your favorite dish?

We’ve been eating lot of junk food from a lot of different countries (laughs). But the best cuisine we have eaten is the hand-made one that our local friends sometimes cooked for us at home. It’s quite impossible to rank it. The cuisine that we can eat only in one country is definitively the best.

But to be honest, the more we tour abroad, the better Japanese cuisine tastes when we come back (laughs).

Touring in China was a memorable experience for you, especially since you didn’t know you had fans there. Any plans to expand your touring itinerary to include countries in the Middle East, hoping for a similar or better result? What do you have planned for the near future?

The tour in China was very stimulating. We could feel from the audience the energy of young people that are exposed for the first time to a wide range of music. We’re so grateful for this passion, that’s very motivating and precious for the band.

We’d be really happy if, in the future, our music can reach even more people that haven’t seen us yet. We have a high rate of people accessing our Facebook page that come from the Middle East and South America, in particular, so we’d love to go there if we’re lucky enough to have a good opportunity.