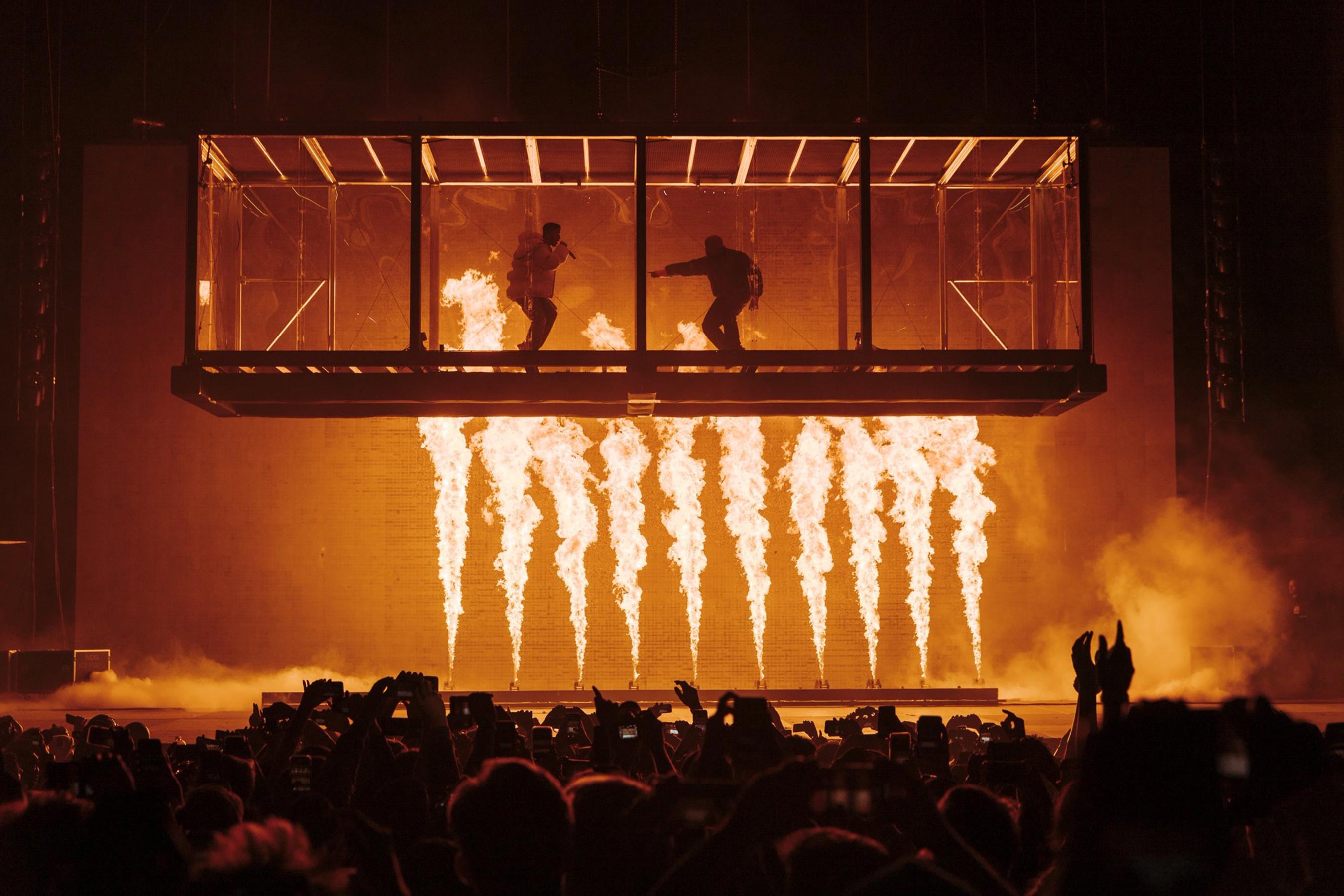 When an avid music listener thinks of an album, they immediately get struck by the idea of a fully realized music project. For the most part, this is true. Artists often spend years perfecting their projects, and making sure that every last detail fits where it should be. Think of Kendrick Lamar’s To Pimp a Butterfly, or Father John Misty’s Pure Comedy. Not only are the narratives woven together like an intricate masterpiece, but the albums musically feel complete.

… Which is the biggest crime committed by the albums we’re about to look into. Take this into account: Have you ever heard an album that was great, consistent, and driven by a narrative that was just about complete—yet it wasn’t? Has your favourite artist ever released a song that you couldn’t help but think belonged perfectly in one of their albums? Perhaps they released a B-side which couldn’t be produced in time for the album, leaving their vision forever unrealized.

The albums in this list are exactly that. They are albums which were almost there, but the artists behind them revealed just the song they needed a little too late (or in some cases, a little too early). So, here is a list of 10 albums that are missing one of their most essential songs:

Kids See Ghosts, the collaborative project between Hip-Hop giants Kanye West and Kid Cudi, dropped to extreme critical acclaim. With a [very high] score of 86 on Metacritic, and famous YouTube reviewer The Needle Drop giving it a 10/10, the project hit the world like a storm. It re-imagined Hip-Hop with the fusion of Rock, Psychedelic elements, and Gospel.

Which is why it pains us that the album, at only 23 minutes, is missing one of its essential songs. And this is not a mere assumption. Freeee on Kids See Ghosts is referred to as Ghost Town Pt. 2, while its predecessor dropped on Kanye’s own Ye just a week prior. Thematically, musically, and even title-wise, the song belongs in Kids See Ghosts, with the duo even performing it live within the KSG set—as if we needed more proof.

Keaton Henson’s album Kindly Now is one of the artist’s most introspective albums yet. Yes, he can get sadder. With an unusual shift from his guitar-driven melodies to a mostly piano-based songwriting style, the album felt fresh and thematically consistent. Yet it ends quite abruptly with the song “How Could I Have Known?“, which does not entirely resolve the album.

This is exactly why, upon Henson’s return into the spotlight a year later with the song “Epilogue”, it felt like the natural conclusion the album needed. The song follows the same piano-and-vocals emphasis as the rest of the album, and its lyrics beautifully pay homage to the album and his career as a whole. Its name even literally calls it an epilogue.

Yet the biggest offense comes from the fact that this song is missing from all physical pressings of the album, and not placed in the album cycle on streaming services. We guess you’re just gonna have to look for the album’s ending yourself.

Not much to say here except… Really, Donald? Your most popular song?

This is probably the first and last time you will find a band that decides not to release an album’s title track—both in the album or as a single. Kōzō‘s debut album Tokyo Metabolist Syndrome excludes their popular song of the same name, as the band felt their musical direction had changed shortly before recording the album. While musically different from what they chose to do with their other songs, TMS’s name summarizes the album’s concept. Unfortunately, it was only ever played live.

Grimes’ new album Miss Anthropocene dropped earlier this year, yet its first single was nowhere to be found in the album’s main track listing. Instead, she added the song as a bonus track after the album’s [much fitting] conclusion, leaving it out of place and unavailable on physical pressings.

This is a very polarizing one, as the song did make it onto the album. Except it wasn’t the song many fans wanted.

Prior to the release of Tame Impala’s latest album The Slow Rush, Kevin Parker decided to re-record the song Borderline. Why? He didn’t like that the people couldn’t hear the bass, so he decided to change the lyrics, rerecord vocals, make the song shorter, layer more instruments, and remove the iconic AHHHH at the beginning of the song. He even went so far as to remove the original from all streaming services.

While this has upset many fans, it made for a very good meme. 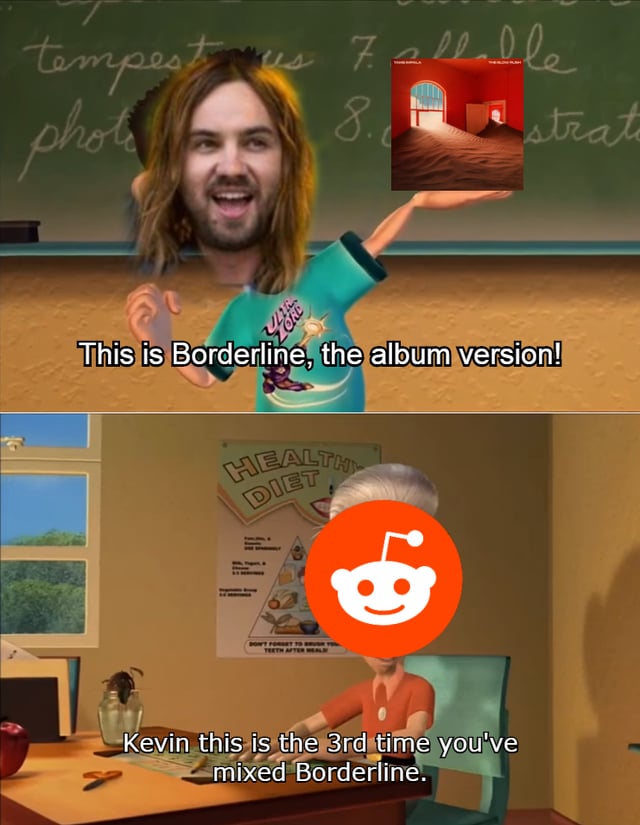 Offender Song: album single Fuck It I Love You

We know what you’re thinking: the song is on the album, no? Well, maybe you should go ahead and purchase the physical record, then try to listen to the unmixed, unproduced, and unfinished drums on the song there. While the album is great, it seems like Jack Antonoff just couldn’t finish this song’s production on time for the physical pressing.

The story here is very simple. No conspiracy theories, no bad decisions. They just couldn’t get the song finished on time for the album release. But it is confirmed by Muse themselves that this song was indeed made for the album, and the similarities are impeccable.

Unfortunately for them, the song went on to become a fan favourite, which is a pattern with Muse. The B-sides they choose to omit are always their most demanded songs. Think of “Dead Star”, “Fury”, or even “Futurism”.

Not only is this song very out-of-place on the industrial/electronic Choke EP it was placed on, but it is also the exact same sound she utilized for her album I Disagree. Fans widely consider it one of the very best songs she’s ever produced in this sound, and it features FEVER 333.

Which is why many feel disappointed that it wasn’t featured on her breakthrough genre-bending, metal-fusion album I Disagree, as the song just felt displaced.

These shouldn’t be counted as missing songs, as they are indeed part of the album O. After a long silence at the end, you get these extremely intimate tracks to finish off the album. Only problem is, if we’re going to include albums for a missing track in the physical versions, it is only fair to include ones that omit the tracks from the digital versions.

If you look up the album O on streaming services, it is usually missing these two tracks, leaving you to find them on YouTube instead. It seems the tracks weren’t quite hidden enough for their taste.

It doesn’t help that “Prague” is one of the album’s most heartfelt moments, either.

What other albums are missing one of their songs? Let us know in the comments on our social media!