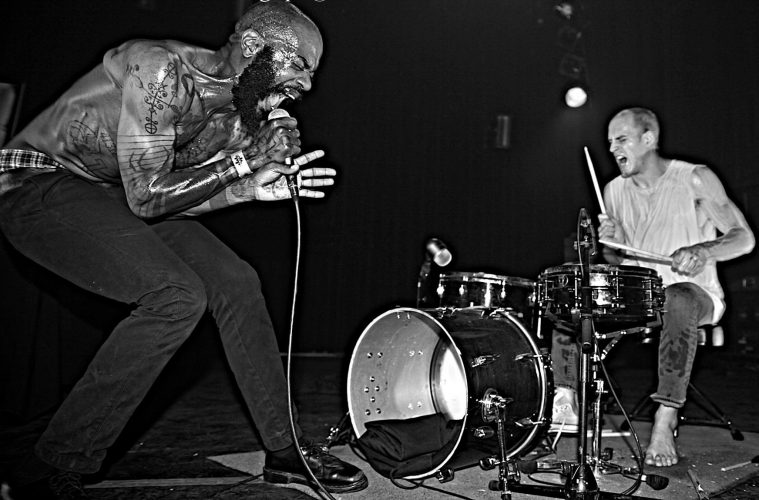 For a long time, one of the most marketable aspects of an artist’s music has been their genre. This classification not only helps highlight the artist’s target audience, but also aids in their placement within the music world. And while many artists don’t usually stick to one genre throughout their careers, very few have taken the creative risk of disregarding genres altogether.

This isn’t just about experimental artists, or artists who have tried different sounds. This is about the artists who have managed to present so many diverse sonic sounds grouped together. Post-genre music is music that is not only difficult to pinpoint, but almost impossible to describe. The artist becomes the genre itself.

Here is a list of 10 artists that can be classified as post-genre, in no particular order:

Perhaps one of the most difficult ensembles to pinpoint under a specific sound, Death Grips has managed to gain a very dedicated following from fans of experimental music, hip hop, industrial rock, and electronic music alike. While critics mostly associated them with hip-hop after the release of their debut album, The Money Store, every release became more and more difficult to attribute to a single genre or influence.

Nowadays, Death Grips releases music that can only be described as “Death Grips”.

Not to be confused with the mellow band “Daughter”, Daughters is everything but relaxing. The American band bounces between screeching guitars, intense basslines, and generally overwhelming soundscapes. Their songs are no walk in the park, offering a signature dark sound with lots of noise. Two songs into their latest record, and you’ll find yourself tempted to break something.

It’s unusual for any music fan not to have heard about Portishead at some point. The band dominated the British scene in the ’90s, often being attributed as the world’s trip-hop pioneers. Yet with the release of their third album, Portishead took a significant departure from trip-hop.

The record is unusual, diverse, and often anxiety-inducing — but in a great way.

YouTube sensation and self-proclaimed android Poppy made her music debut in 2015, ironically releasing some of the poppiest hits of the year. Tracks like Lowlife went viral around the world. Yet the very accessible sound felt out of character for what has been described as the creepiest creator on YouTube.

Today, her fanbase is known as a cult called “Poppy Church”.

No one hasn’t heard UNKLE. Whether it’s a song from the old mashup days with DJ Shadow, or a soundtrack on a major feature film, James Lavelle has left his mark on many of today’s music listeners.

Very few artists have also managed to headline rock festivals, electronic festivals, and hip hop festivals alike, but Lavelle’s creative mashups of many cross-genres influences have made his projects appealing to a wide variety of audiences.

His latest three-part album, The Road, is almost impossible to pin down into one, or even ten, genres.

Sophie Xeon’s sound is extremely difficult to describe. The pop (give-or-take) artist is at the forefront of pop experimentation. With glitchy sounds and catchy hooks, her music is equally commercial and underground.

The critically acclaimed collaboration between Kanye West and Kid Cudi took the world by a storm. The record, also titled Kids See Ghosts, combined hip hop with grunge, gospel, psychedelia, and even Christmas swing. While many would classify it as a hip hop record, the album equally presents a wide array of influences that give Kids See Ghosts a standout, personal sound.

The band doesn’t need an introduction. While once at the forefront of the rock/alternative scene, their sound became more and more difficult to classify with each album, with passages that feel more like “sounds” than “music” at times. Radiohead never repeat themselves, and they are definitely a prime example of surpassing genre limits.

This has led to the abundant use of the phrase, “They sound like Radiohead,” because this is the only way you can describe music that resembles theirs.

The glittery, feel-good J-pop band Kero Kero Bonito is a definite contender for a post-genre title. While many of their greatest hits present vibrant synths with upbeat rhythms, the bands latest release showed a shift towards a more experimental, noisy approach with fuzzy guitars and glitchy passages.

As they currently still make head-boppers, the band is encompassing more and more sounds under their wings.

1- King Gizzard and the Lizard Wizard

The ultimate “what genre is this?” band, King Gizzard and the Lizard Wizard is, truly, in every sense of the way, a band you cannot possibly pin onto a genre.

Very few bands — or possibly none at all — can say they have synthpop, jazz, psychedelic, middle eastern, indie, and even thrash metal albums, all within the same discography. With every album, the band undertakes a musical experiment, ranging from microtonal sounds to heavy thrash riffs done better than the Big Four themselves.

To truly understand the diverse set of sounds, we will link two distinct songs below.