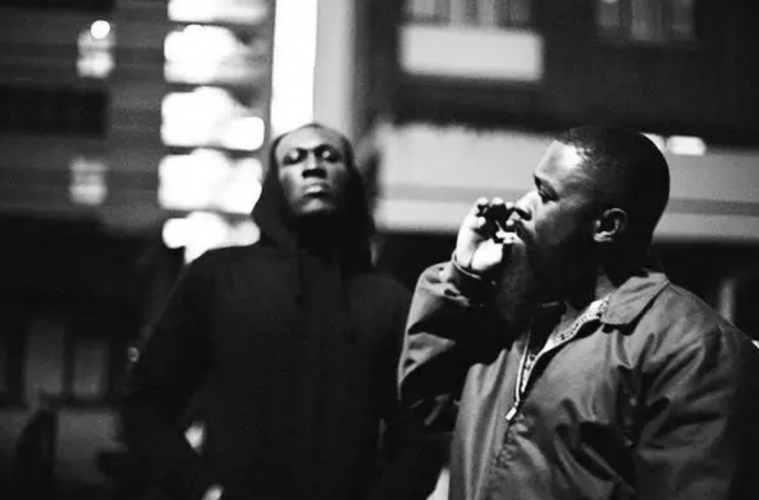 10 Rap Songs To Listen to When In London

It’s usually quite easy to differentiate between an American and a UK Rap song. “How?” You ask. Well, the UK rap scene is heavily influenced by Jamaican and Afro beats, and a large chunk of their songs revolve around rapping over those beats. The other part is Grime rap. (And the obvious part is the British accent.)

In a nutshell, Grime is a mix of hiphop and electronic, and it actually emerged in London, making it a local speciality — if you’ve heard of Stromzy or Skepta, these guys put Grime on the map.

Either way, whenever you find yourself in the city of fog, do yourself a favour and listen to these songs (in no particular order), to really make the best out of London city. Also, if you’re a UK rap rookie, consider this a beginner’s guide.

1. Big For Your Boots by Stormzy:

The Godfather of Grime, as I’d like to call him. It was so difficult for me to choose the perfect Stormzy song, because everything.he.does.is.great. BYFB is a perfect example of Stormzy’s vibe. While you’re at it, one of the first things you can do while in London, is go for afternoon tea at a café or whatnot in Piccadilly Circus.

2. No Security by Skepta:

Slightly darker than Stormzy, both of them are the gems of the Grime scene, and I’m just getting the basics out of the way, before introducing a bit more funky tunes. Either way, Skepta’s another huge name, and you know what else is huge? Big Ben. So go see that, for sure, and cross the Westminster Bridge to get to the London Eye, giving you a really nice view of London town.

You might know Giggs from his collab song KMT with Drake, which featured in Drake’s 2017 album More Life. To be frank, a lot of Giggs’s flows sound the same, but he’s still a staple in the UK rap scene. With this badass song in your ears, it’s not a bad idea to head to the notorious East side of London, and check out one of the many concept stores there.

J Hus is a recent up and comer British singer, and rapper whose career has peaked early last year. This fun tune goes great for a bike ride in the enormous Hyde Park — you’ll probably get lost in that marvellous place, and when you do,  don’t say you weren’t warned.

This song has been my anthem ever since its release; it’s catchy, it’s fun, and it’s got the Hackney accent which is definitely my favourite. That being said, the Hackney area is famous for their independent bookshop scene, so if you’re into that, make sure you hit those spots.

This is a perfect example of Jamaican and British fusion in rap. This song was actually reckoned as a straight up classic in the UK rap scene, and one of the scene’s pride songs. To amplify your experience, visit Camden Market, for the ultimate experience of the best street market ever.

Superb flow, and the beat is mad. This song also features Dizzee Rascal, so you’re welcome. Definitely a must-do in London, is to visit a pub. You can either go to a an old fashioned British pub, or go to the more modern ones — either way, a good time and a fine pint are pretty guaranteed.

Another gem of the Grime game. London has an impressive collection of museums, so if you’re into that, check out Tate Modern for modern art, or the V&A for a more classical and international collection.

You’ll be surprised to how savage this Grime song is, especially that its performed by a dude called “Bugzy”. Reminder that the UK is the home of the Premiere League, so whether you’re a football fan or not, it’s probably crucial to visit at least one football stadium. You can find plenty in London, including Chelsea FC’s Stamford Bridge and the epic Wembley Stadium.

British and Nigerian excellence in this song, especially that it features the awesome Maleek Berry. Now that your trip has reached its end, make sure to spend your last night in either a turnt club (cause the Piccadilly Circus and Camden areas are full of them), or in a nice Jazz bar, or anywhere with live music — the talent in London is so much.