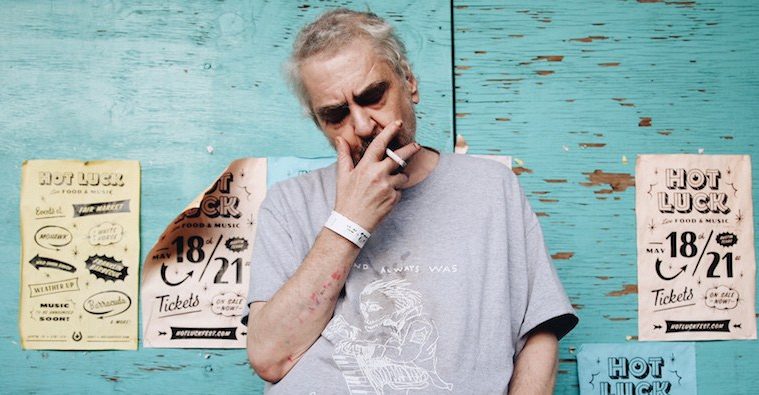 I had a chat with Daniel Johnston two years ago and it was one bizarre but beautiful conversation. What I’ve always failed to do however was to make my friends like him. It’s been difficult to explain my infatuation with the American artist, who has made an immeasurable impact on Indie music and modern counterculture, all while diagnosed with schizophrenia and bipolar disorder.
Before this list, I always referred people to the documentary about his life The Devil and Daniel Johnston. I still recommend it for anyone looking to understand the mind behind the suffering man.

I added a YouTube and Spotify playlist at the bottom of the article. (Songs are not in order of preference)

As you will notice,  Daniel Johnston often wrote about Love. Love Wheel is the opening track of the album Fun, released in 1994 (while housed in a mental institution). Fun is a studio album, unlike most of Johnston’s early work which he recorded at home on his own Boombox.

Daniel often writes what could be described as simple lyrics, that almost everyone could relate to. Life in Vain is an existential track from the album Fun.

Some Things Last a Long Time

An auditory hypnotizing track from the album 1990, during a phase where Daniel was still suffering highly from mental illness.

From the live album Why Me recorded in Germany in 1999. Probably mostly known for its intro:

Swirling hypnotic / Disrupts the girl / And the skull-headed spider

My Life is Starting Over Again

A biographical track from Artistic Vice. Johnston was recovering from a manic episode:

From Is and Always Was (2009), Daniel’s proof that he could still write, decades later.

An emotional cry. Hear how his voice breaks in this gospel from the album 1990.

Honey I Sure Miss You

Another love song from Artistic Vice. The album is arguably his best, as you might have noticed by now.

Musically, this track from Rejected Unknown (2001) is a new ground for Johnston.

The Sun Shines Down On Me

Very subjective entry here. This song made me feel much better on lousy weekends.

True Love Will Find You in the End

I added this as a bonus track, as it’s probably the most popular DJ track. It’s been covered by Beck, Lana Del Rey, and many more artists who have been inspired by him.

The Story of the Artist

Millions of people got to hear Johnston’s genius when this song was featured this year in the latest Apple ad.