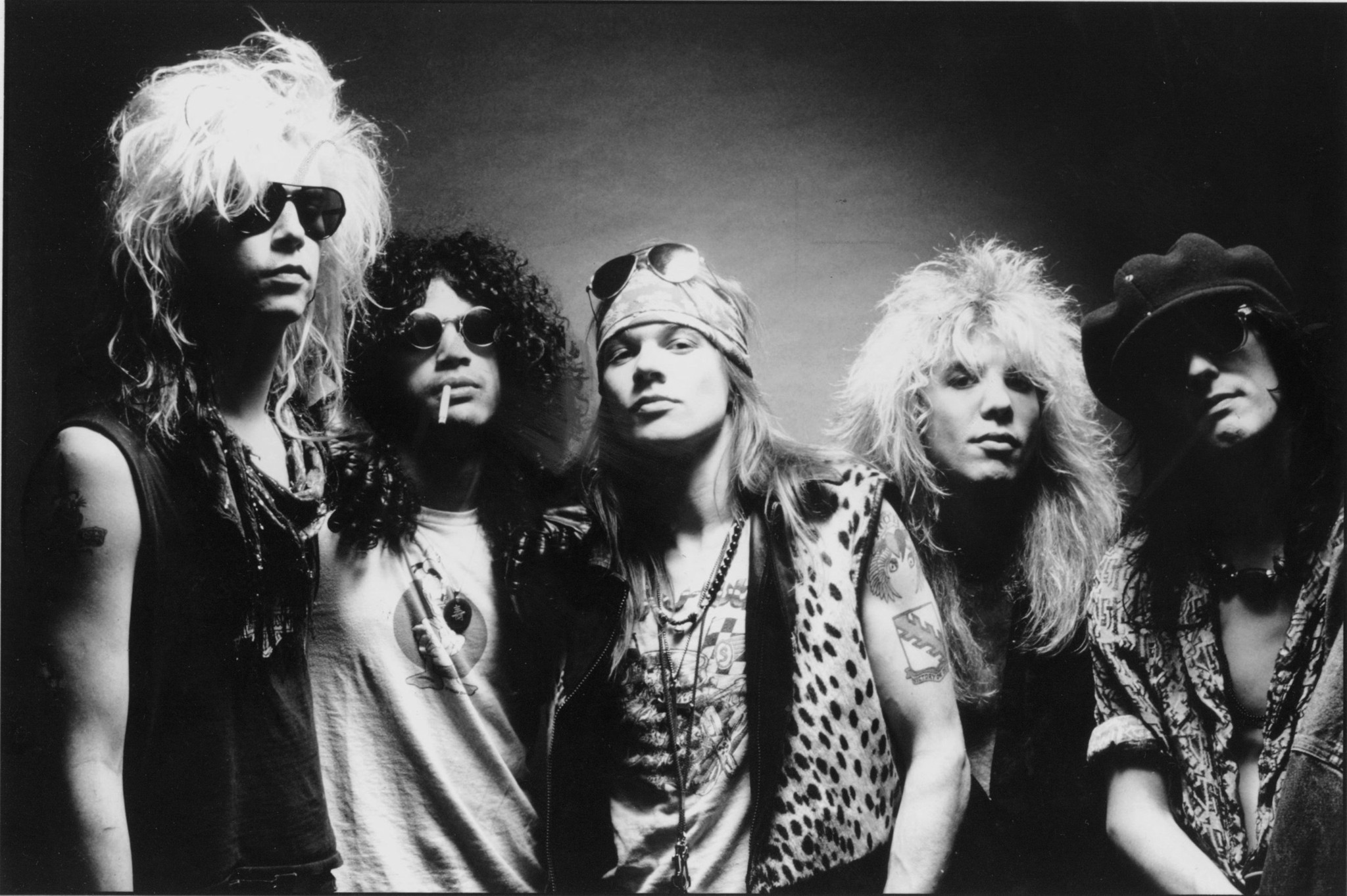 “Guns N’ Roses is an American hard rock band who formed in Los Angeles, California, in 1985. The classic lineup as signed to Geffen Records in 1986, consisted of vocalist Axl Rose, lead guitarist Slash, rhythm guitarist Izzy Stradlin, bassist Duff McKagan and drummer Steven Adler. Guns N’ Roses have been credited with reviving the mainstream popularity of rock music, at a time when popular music was dominated by dance music and pop metal. Their late 1980s and early 1990s years have been described as the period in which they brought forth a “hedonistic rebelliousness” reminiscent of the early Rolling Stones, a reputation that had earned them the nickname ‘The Most Dangerous Band in the World’.”
(Playlist at the bottom)

By Sandro Zoughaib (with personal commentaries)

This song has hard rock written all over it from the lyrics to the guitar solo, outstanding!

Though many people think that the song is about a band member’s girlfriend, it was written for Axl’s dog. A delightful acoustic set, lucky dog.

One of the band’s most underrated songs, Estranged is a mix of outstanding riffs and probably the band’s best lyrics.

Against all odds, Guns N’ Roses pulled off with this outstanding acoustic song. A cure to the mind.

Well the name says it all, the band will literally take you “down to the Paradise city” through their awesome riffs and lyrics. Get ready for an epic adrenaline rush!

5. Welcome to the Jungle

The band’s first song and what a song it turned out to be!

The song is a delight. I love the way they went from a soft progressive song to the heavy hard rock at the end.

A poem written by Axl Rose mixed up with 3 Slash signature solo to make this song one of the best rock hits of all time.

It doesn’t matter if you went through war or not, this song will shake you from head to toes. A screamer written by Axl Rose followed up by some outrageous Slash riffs.

Probably the best guitar riff I’ve ever heard. Divided in 3 parts: verses/chorus, the heavenly solo and the “Where do we go now” part, Sweet Child O’Mine will take you to places you’ve never been before. The perfect hard rock song.