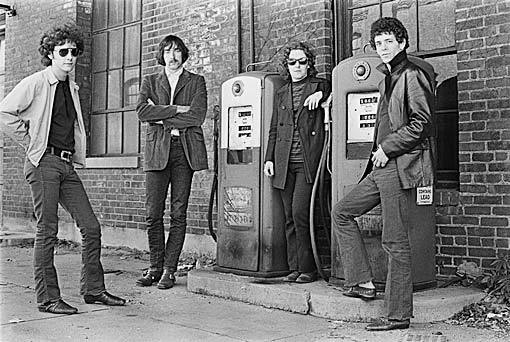 
The Velvet Underground is a 60’s Rock band from New York City. They’re well known for their friendship and work with Andy Warhol at the Factory. Yet, The Velvet Underground is more than just their masterpiece: the famous banana album with Nico (German Muse of Warhol). Even though they never met with commercial success, they’ve inspired thousands of people into starting a band, thanks to their sometimes raw oversaturated sound and sometimes Rhythm & Blues and poetry influences. In 1972, three members had already started their solo career, and the Velvet Underground ended to let Lou Reed, Nico and John Cale follow their new projects.

By Solenn Guillou (with personal introduction)


I’m Waiting for my Man

I’m Sticking with You