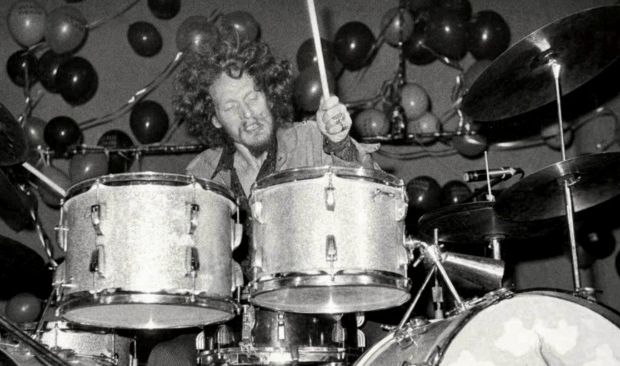 The Instrumental That Introduced The Drum Solo to Rock

Ginger Baker is mostly known for his work with a band that went by the name of Cream. You might recognize the lead guitarist of this band, Eric Clapton. Cream was short-lived (1966 – 1968) but its legacy and influence on the history of Rock ‘N’ Roll are immense. Despite the fact that Ginger Baker hated to be called a Rock drummer (his idols were Jazz legends such as Max Roach and Art Blakey), the musical impact he created reached greats like Carlos Santana, Johnny Rotten and Stewart Copeland.

“Toad” is the title of the instrumental that was composed by Baker and appeared on the 1966 album Fresh Cream. The hard rockin’ guitar intro by Eric Clapton reminds us of Led Zeppelin, who didn’t form until 2 years later. For the next 4 minutes, Baker unleashes his tentacles and delivers a track that “introduced the drum solo to the rock LP”. The rest is history. From Zeppelin’s Bonham, to the pyromaniac Keith Moon and from Tool’s Danny Carey to Neil Peart of Rush: Percussion Rock legends who gave the greatest drum performances in history.

And this is a 12 minutes performance of “Toad” given in Cream’s concert in Royal Albert Hall, London (1968).