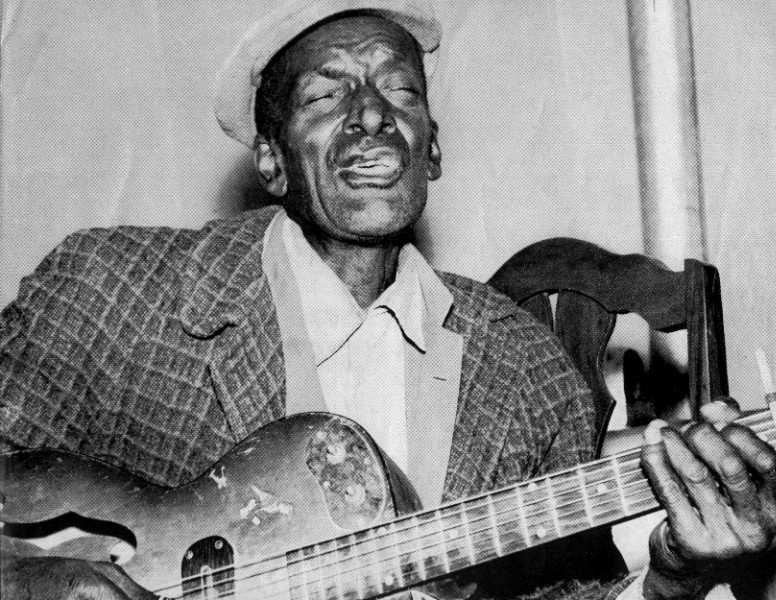 Story has it that humans evolved from apes. The same evolution theory applies to rock music as well. Before rock came to existence, there was the blues. Slowly, blues pioneers have driven (more like overdriven) the genre into rock and roll. You can recognize blues licks and riffs in almost every rock song, and you can feel that the chord progressions sometimes sound familiar or predictable. Have you heard of the 12-Bar Blues? You might be quite surprised about the origin of some songs, names, and how deep the blues history goes. I’m not going to delve into the history of how the blues shaped rock, for that’s a different topic! But I have compiled a personal list of ten blues songs that shaped the history of modern rock n’ roll.

So strap on your headsets and enjoy the ride!

Elmore James took the old acoustic track (Originally a 1936 song by Robert Johnson) and transformed it into a full on electric slide guitar showcase in 1951. The opening overdriven slide riff caused a chain of cataclysmic events, and it’s easy to hear why; electric guitars were still new to the scene, and with the overdriven sound it changed the way we hear music. As such, bands like The Yardbirds, ZZ Top, and Ben Harper all covered it, and is usually one of the first songs that is played when learning slide guitar.

Robert Petway, who hailed from Mississippi, wrote this song which had more traditional folk influences. This track led to the Muddy Waters version called “Rollin’ Stone”. Yep, this legendary band and famous magazine took their names from this song.

This call and response blues track, featuring John’s raspy voice, that iconic blues riff, and the boogie jam section in the middle inspired leagues of blues and rock musicians forever;  British rock band The Animals covered the song in 1964 and it reached #43 on the Billboard charts giving it much exposure. That version was used most recently in the 2012 film Skyfall.

T-Bone Walker’s lead guitar work on this slow blues made BB King pick up the guitar. This structure and style is considered a standard for all slow tempo blues tracks due to Walker using the quick change IV chord on the 2nd bar, the use of different scales and chord voices. It was famously covered by The Allman Brothers Band as well as other rock bands like Jethro Tull. Walker was one the earliest “guitar show offs”, playing his guitar behind his head (later influencing Jimi Hendrix’s antics).

Big Bill Broonzy recorded this track in Chicago, but using an 8 bar structure (as opposed to the usual 12) and this led many folk and rock musicians feel more at home. This song in particular influenced Eric Clapton, who recorded a version himself on his breakthrough 1970 album with Derek and the Dominoes.

This song (and album of the same name) were recorded under the legendary Stax Records, with the great backup band of Booker T and the MG’s, and features an iconic riff and a horn section, with some great lead work (did you know that Albert King played a right handed guitar flipped over as he’s left handed? He didn’t even change the string order!). This song is a blues-rock staple!

This song is an instrumental, but the riff and solo work by Texas great Freddie King became a clear influence on many great guitarists such as Stevie Ray Vaughan, Eric Clapton and John Mayall. It reached #29 on the Billboard Top 100 charts and #5 on the R&B charts, causing high rotation. Since the song is an instrumental over a blues shuffle, it left a lot of room for improvising, and rockers such as Jeff Beck who are better soloists than singers could play the blues without having to sing, and adding their own touch to it.

The classic call and response riff, repeated forever, is still used by all sorts of rock musicians everywhere. The best example? Watch Terminator 2. You would know exactly what I’m talkin’ about. This song is also co-credited to Muddy Waters as ‘Mannish Boy’.

Another call and response riff, this time completed to a full 12 bar blues, is considered to be a standard in the way we play the blues today. It was written for Muddy by Willie Dixon and reached #8 on the Billboard charts back then, and has since received a Grammy Hall of Fame award.

Robert Johnson has given us so many blues standards, and what makes it even more intriguing is the legend that he sold his soul to the devil so he could play the guitar better than everyone else. Let’s add to the fact that only two photos exist of him, and he died at the young age of 27 under mysterious circumstances. Sweet Home Chicago is perhaps played by every single blues and rock musician when they start learning music or even just to jam, even the most popular revered. It’s easy to understand why. The 12-bar rhythm is played by almost every human in existence.

Hell… even President Obama played it!

So there you have it folks. Remember, the blues is a very diverse genre and this list isn’t definitive neither is it complete. There are a lot more songs and artists out there that helped shape Western music. If you want to read more about the blues visit my blog, Speakin’ The Blues, and follow me on Twitter.

About author: Good blues to ya! My name is Ali Sleeq, a self-proclaimed messenger of the blues, and musician. Those who know me well understand how obsessed I am with the genre, ever since I was a high schooler. I also have headed several blues bands in Lebanon and Kuwait, and regularly blog about the blues.