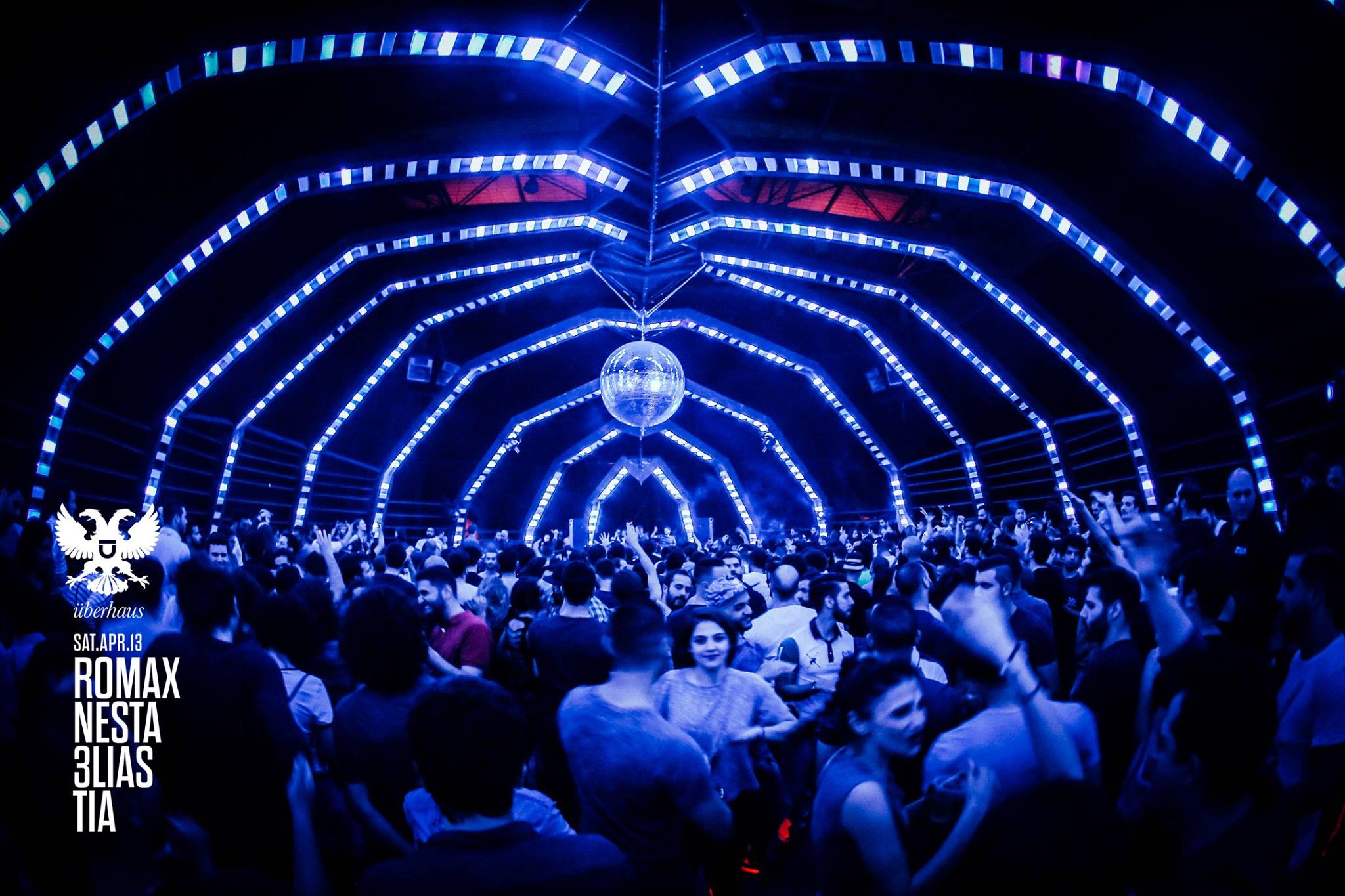 Imagine spending months, or even years, planning to open a new club, a place you’ve been dreaming to own, that would revolutionise the nightlife in your country. Imagine spending every day working to achieve that goal, working harder than you’ve ever worked for anything, until 2 days before the great opening, your city witnesses two suicide bombers, causing your headliner to cancel his flight and his gig at your party. Yes, that’s what happened with überhaus. Yet, in spite of all this, the opening party pulled in a full house, as almost every party they throw still does.

During their opening night, 2500 people attended. The management spent years working to reintegrate credible electronic music into Beirut’s clubbing landscape. They launched the original überhaus in 2012, in the basement of WH Hotel in Hamra. In just a short time, the club was the talk of Beirut, springing up from virtually nowhere to become a hub for those seeking out underground music in a carefree space.

Sitting at the helm of the local scene, the überhaus team has now adopted a global expansion vision, starting off with a collaboration with the world-renowned BPM Festival.

The journey starts off in our hometown, Beirut with überhaus: Road to BPM with Paco Osuna. Paco Osuna is one of the most renowned artists in the electronic music scene for the past 20 years. His creativity, courage, and relentless search for new forms of expression are some of his principal and consistent virtues when it comes to making music. Throughout his career, Paco has performed at clubs, parties, and festivals of great prestige. In the studio, he has moulded his own musical signature, coating the purest techno sounds with his characteristic features: depth, darkness, and imagination, always accentuated by his creativity and innovation.

After the hometown festivities, BPM/überhaus collaboration is flying to Portugal where they’re adding All Day I Dream to this magical mix and hosting an event on 15th of September 2017. More details on this will be out soon. For now, we know that the guys from überhaus in collaboration with Fruit Kong are holding a competition to fly a winner to Portugal, check out more details about the competition here.

All Day I Dream events began on a Brooklyn rooftop in 2011, and have since become an international sensation. Around the world, crowds gather to become part of a community spurred on by Lee Burridge and his unique roster of artists, each bringing forward a signature technicolor emotionalism, the sort that’s all too rare in the current electronic music scene. Spreading across the world from New York to Los Angeles, from London to Moscow, Berlin to Beirut, the parties expanded and flourished due in part to Lee’s major presence at Burning Man and his desire to create something magical.

The überhaus club opened its doors in its current form few years ago, and they’re continuously evolving and expanding to provide a top-notch caliber electronic music experience everywhere it goes. Whether it’s with überhaus, The Garten, Electric Sundown and now with a global vision to become a world-wide phenomenon stemming from Beirut. We can’t wait to experience what they have in-store for us. See y’all on them dancefloors.