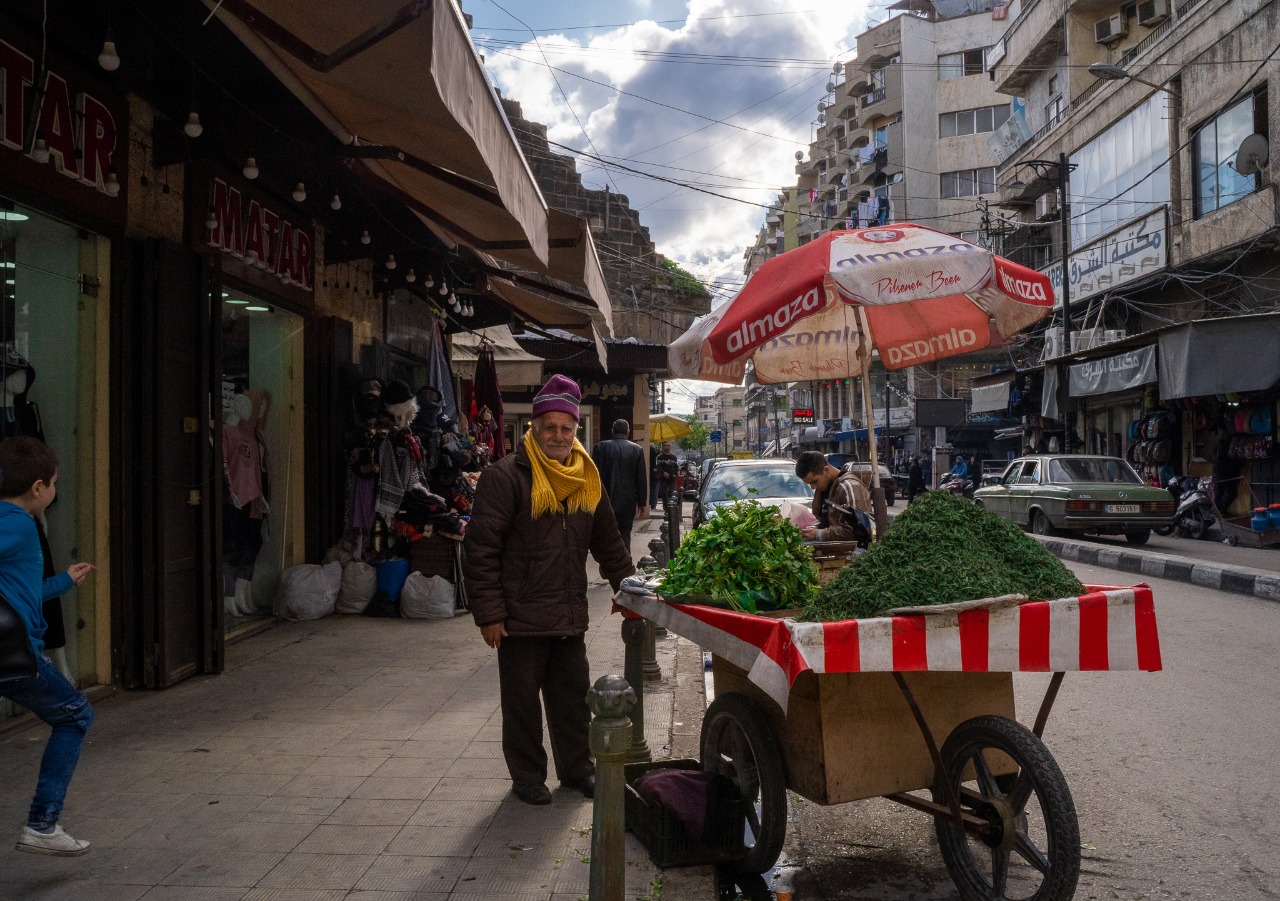 Before the government really picked it up a notch and started separating cars by plate numbers, but around a week into quarantine, a pirate radio broadcasting from Beirut was scaling soundwaves from the nooks and crannies of a city on lockdown back to the world. With no access to the outside, nothing of the usual noises we’re used to, and minimal social interaction, Radio al Hai emerged as a savior to many home dwellers and current room crawlers. Majd Al Shihabi, the founder of Radio al Hai, recounts the story of how a Beirut-based pirate radio came to be and how that led to a family of radios broadcasting to almost every corner of the world.

So, what inspired this idea and how did it all start?

Well, I was in a meeting with some friends from Italy when they mentioned an online radio they’ve been working on. They had entered quarantine around one or two weeks before us and they started an online radio (with the same software and template that we now use) to keep them and their communities company. I tuned in to their broadcasting and really enjoyed it—they offered to help me set up my own broadcast, directed me on creating my account, gave me the launch codes and Radio al Hai was live.

We were initially using their URL but we couldn’t share it on social media so we switched to Yamakan.place, and that’s how Yamakan came to be. Soon enough, more and more people were tuning in and getting involved. People who listened and liked the music started contacting us to play their own. What was happening was that someone comes on to play a set, they finish their broadcast, and then directly tell me they want to start their own thing as well, so we set it up. I used to live in Berlin and I had friends who did the same thing there. Being in Beirut, you see and make a lot of friends who come and go. The founder of Radio el Houma is a Syrian friend living in Tunis. She wanted to start her own broadcast there because she’s there and so are her people. Anastas Brothers from Radio Alhara had their own broadcast and URL, and their work was incredible; they contacted us and asked if they can join Yamakan and I agreed, of course, because that’s the vision.

The vision as I see it is not to have one radio playing for a wide audience, but rather to have several radios with their own listeners.

Was the vision clear to you from the start, or did it come to fruition when people were reaching out to start their own radios?

I mean, in some way I’ve inherited this vision mainly from my friends in Italy. There they have a culture or worldview that everything should be “autosufficiente” as they say, self-sufficient. It’s all about niches and micro models. They’re not really into social media and mass communication, especially the more leftist circles. So, this experimental project is what they call “Spazio Sociale”, it translates to social and communal space, but just because there is no better translation that could really describe what it means. It’s like a community center, with a kitchen, I’m not sure if you’ve ever visited Mansion in Beirut. It’s kinda like Mansion. When Radio al Hai started, I was already a part of Mansion’s team and at some point pitched the radio idea; since then we’ve been working on it together. A part of the vision behind Radio al Hai is also that it’s a way to try and maintain public spaces. I’m not sure if you heard, but Mansion is under threat of shutdown, so we see the radio as maybe a form of alternative media that starts conversations with our community on how to maintain these spaces.

There has always been a striking lack of public and social spaces in Lebanon which now worsened due to the economic crisis it is passing through. Do you see Radio al Hai as a new potential for public spaces?

Of course. There’s a huge lack of public spaces in Lebanon and generally in the region. I’m currently studying urban planning, so I’m really invested in the topic of public spaces. The idea of a third space is one that you can access and exist in without being charged. It exists in numerous countries, but here in Beirut we have “Horsh Beirut” which is closed most of the times, “Sanaayeh Garden” that is also closed most of the time plus you get heckled; the public library is practically close to obsolete, I mean there is a few but not funded properly. You also have the corniche, which is now closed up. The libraries, the corniche, and all the gardens are closed so you have no choice but to go to the radio. Mansion is also one of these places that are open to all. The idea is to be able to maintain spaces like Mansion and at the same time broadcast ideas and exchanges on the need for new public spaces that complement Beirut’s population. If you think about it, Beirut had a lot of spaces that could have been public but had been privatized instead. Spaces that could’ve been gardens became parking lots. This city is systematically lacking and has many crucial needs; the solutions for them are pretty clear, but it’s just missing political will.

There are some common themes and values between the different radios, particularly when it comes to sharing love and intimacy through the soundwaves. How would you think you’ve been doing that and what is the importance of having a nonvisual medium in sharing intimacy?

Well, I think many agree that the radio is, in fact, a very visual medium, but it’s not forcing you to see one thing in particular; you get to tap into your imagination and choose what you see. The radio tells you a story, and you complete it visually with images and scenes you pick. Ira Glass started a radio show, “This American Life”, it’s one of the most famous radio shows ever; when Ira introduced this format for his show it impacted the voice of radio until this day. The voice of radio changed to imitate the way Ira speaks, being spontaneous and interactive—he believes that the radio is a very visual medium. But I guess, of course, we’re trying to share love; we’re all having to deal with this crisis. I mean the people in quarantine with their friends and loved ones are feeling this crisis as much as those who are distant—the idea that our sense of touch is now detrimental when it’s one of our most intrinsic needs. So we’re trying to share love even if not in its physicality through the radio.

Each radio is developing its own identity, content, and music tastes. How valuable is that to the overall broadcasting experience?

I surely had no intention of defining or limiting any of the radios, or deciding what they need to sound like, even Radio al Hai’s identity is pretty malleable. I don’t direct people on what to do or say, some shows are as simple as me using the radio as a walkie-talkie channel with friends, and other shows are a bit more scripted. Every one of the selectors steers the radio in a different direction, and I’m so happy with that because the radio is an experiential space—no one really works at or for the radio, we’re all just experimenting. And it’s crucial that we keep on doing that. The team has grown organically, we are 7 people working on Radio al Hai now and we decided early on that we didn’t want to be on social media even so that we don’t limit the radio’s identity with a visual format.

The guys from Radio Alhara highlighted the impact of their visual identity and social presence on pushing their radio and enhancing the overall experience. Do you feel like not having a visual identity could take away from the experience or rather create a new one for the listeners?

I feel like we’re giving the liberty for people to visualize what they want to see. Some artists, like DJ Hawi, make their own promotion visuals. He played a few sets and made his own visuals, and I loved that even more because it wasn’t tied to a visual identity. Radio Alhara has a distinct visual identity—it’s their thing and I’m happy that they’re doing it. But I take Radio al Hai as more of an experiential project, and maybe if you tie it down with a visual identity, you’re limiting some of the experimentation in the process.

Sometimes I hear you play Fairuz in the mornings, other times Quran readings or Sunday prayers, and some times even a mainstream pop artist like Ramy Ayach makes a presence towards the afternoon, there are some cultural relevancies to these selections. Did you consciously curate some of the content to reflect a certain cultural depiction?

Not at all! The person who’s been playing Ramy Ayach or Fairuz in the mornings is our Yemeni friend living in Berlin. There are several people who play Radio al Hai’s music, and it organically happens—whoever is up and in a good mood will upload the morning sets and they’re usually what they feel like hearing. My friend loves Fairuz in the morning, while another DJ like Dj Majhul has a completely different take.

Some of the people reading this might be listeners of Radio al Hara or might tune in for the first time. Would you like to leave them with a message or messages?

Of course, if someone would like to join us and help direct the program, by all means, contact us, and if you have a segment you’d like to play come on over.

As much as I’ve enjoyed listening to eclectic live sets that are moving on an emotional and spiritual level, a friendly voice in the afternoons taking me on mental strolls, or thought-provoking content that made me stop and reflect, I’ve connected with these Pirate Radios on a much deeper level. It reminded me of human resilience, how even in a time of global shutdown, there are women and men who insist on challenging realities and sharing visions of their ideal futures. It also reminded me that if there was a time to introduce some radical positive changes, this could be the closest we’ve ever gotten to it. In the end, I feel these pirate radios added a new layer to the phrase “The revolution will not be televised”; because it is currently being broadcasted to hundreds of listeners around the world.

Check out all the radios in the Yamakan radio family!