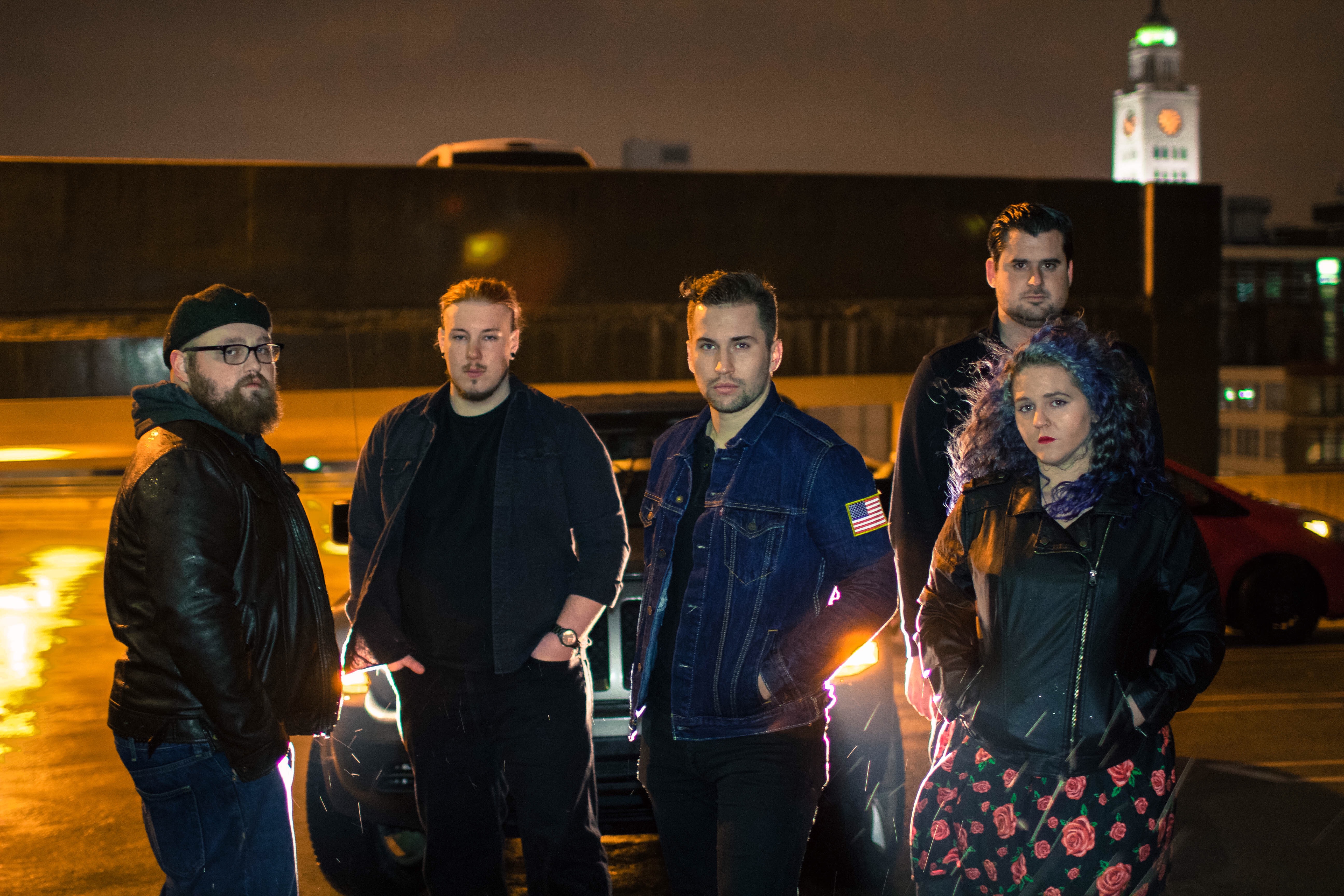 Unapologetically Unique: Introducing Foxtrot & The Get Down

The Philadelphia based Foxtrot & the Get Down is a band that is unapologetically unique, with their music a blend of blues, rock and americana, infused with so much soul. With songwriter and guitar/harmonica-playing Colin Budny on lead vocals, supported by the soulful and powerful of Erica Ruiz, the band’s sound can be described as a mix between Alabama Shakes and Nathaniel Ratliff & the Night Sweats, yet it’s refreshingly their own. With their new album Roots to Deep set to release on Friday (February 24), we got to chat with the band about how they came up with the band name, their current single “Just A Kid” and what we can expect from them in 2017.

This is a question that comes up regularly that we genuinely wish we had a better answer for. Honestly, our original drummer in college’s last name was Fox, so Foxtrot was an obvious choice. We also liked “The Get Down”, so we threw an ampersand in the middle and we became “Foxtrot & the Get Down”. As we’ve grown and progressed, everyone has learned to love the name, but when we were just playing bars in Philly, people literally couldn’t wrap their heads around it. We’re happy those days are behind us.

“Just a Kid” was a real labor of love for us. We had cut that song in early 2015, and with some guidance from management, we decided to head back to Nashville to recut it in Spring 2016. Lyrically, “Just a Kid” was inspired by the constant conflict between the creative and business sides of the music industry, The idea that such polar opposites would coexist to run a billion dollar industry always baffled us, and led to “Just a Kid” becoming such a loud, “in your face” track. “JAK” is a bit of an outlier on our new record “Roots too Deep”, which makes it so pivotal to the story that we’re crafting throughout the record. “Just a Kid” is our rebellious, all-out rock track on “Roots”.

We’ve always been a group of individuals. That being said, we all pull from such a wide range of influences that somehow led us together. Colin (Vocals, Guitar, Songwriter) pulls from the great American songwriters like Springsteen, Petty, Seger, as well as Delta Blues, Classic Hip Hop, and legendary acts from Philadelphia like G. Love and Amos Lee. Ken (Bass) really learned from listening to reggae acts like 311, Sublime, Pepper, and adapted to a more rock friendly format. Erica (Vocals, Keys) was heavily influenced by soul acts like Otis Redding, as well as strong female artists like Regina Spektor. Eric (Guitar) crafted his sound from folk and early Incubus, but is heavily influenced by both British and American blues bands, such as Led Zeppelin and Stevie Ray Vaughan. Jimmy (drums, percussion) leans on great rock bands such as My Morning Jacket and The White Stripes as inspiration for what he brings to Foxtrot. Needless to say, this meeting-of-the-minds mentality really brings an interesting sound to what we do as a band,

We really just want fans to hear the honesty behind our music. Our new record “Roots too Deep” is a summation of a period of time in our lives that saw us leave our home of Philadelphia, to head to Nashville in search of what we’ve always dreamed of. That’s literally what you’re going to hear from this album. Raw facts, real stories, real emotion.

We have our debut full length LP, entitled “Roots too Deep”, dropping on February 24th. We’ve toured the country, spent countless hours in the studio, and been on more pointless business phone calls than we could ever quantify to make sure that this record gets the treatment it deserves. In 2017, we plan to hit the road, release even more new music, grow as a band, and achieve everything we’ve worked so hard for.

For more on the band, check out their website here, and find them on Spotify.