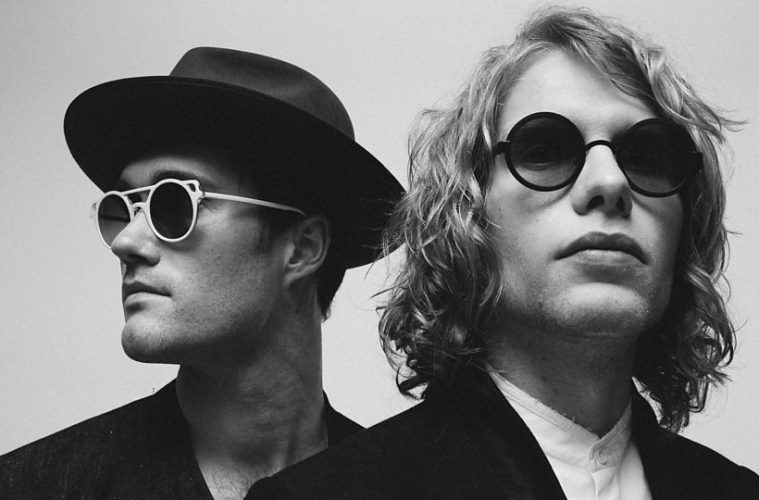 Two Hats, One Duo: An Interview with Bob Moses

Bob Moses is an electronic duo (surprise, surprise: they’re 2 not 1) from Canada. Tom Howie and Jimmy Vallance went to high school together but that’s not how Bob Moses came to exist. The two were not really friends and they both went their separate ways up until an unexpected reunion happened in a parking lot in New York. Catching up led them to discover that they work well together so they decided to start making music as a duo. They were called Bob Moses by Frank & Toni from Scissor & Thread, their first record label, as a tribute to Robert Moses (a notable NY city planner).

Learn more about the band, how they make their music, weird organic sounds they’ve used in their songs, the ideal way to listen to their music and much more in the interview below! You produce electronic music but you have mentioned several times that you try, as much as possible, to use organic sounds rather than focus on electronically produced sounds using machines and programs only. What is the weirdest object or sound you’ve incorporated into your music? Can you tell us a bit more about that?

The weirdest sound we’ve ever used in our music is probably a recording of a chain rattling on our friend’s purse in an empty subway station in NYC. You can hear it on our song ‘Val‘. There was this amazing natural reverb in the subway station and it just sounded awesome, so we recorded it on an iPhone voice memo to use for later.

Music affects us all in different kinds of ways. What’s one band/artist who directly influenced your music rather than you as people?

I don’t think you can have one without the other. If a band influences you enough to make its way into your music, then you’re going to be influenced as a person. For me, there’s usually an obsession around the sonics of an artist’s records. I wanna know what led them to make those decisions. Bands like Radiohead and Nine Inch Nails have been constant staples for me.

You were given the name Bob Moses as a tribute to Robert Moses a polarizing figure who had a prominent contribution in the building of New York City. Do you ever seek to make “polarizing” music?

I don’t think we’ve ever intentionally made polarizing music or would try to. Ultimately, we’ve realized you don’t have much of a choice on what kind of impact your music makes. Once you release something, it’s kind of up to the world to decide what happens with it or how it’s perceived.

Your sound varies across albums and sometimes even across songs within the same album. What makes you different from other electronic artists is that you focus on songwriting and ‘genre-blending’, as you’ve stated in many interviews. What do you believe is the perfect setting for someone to enjoy listening to your latest album Battle Lines?

I usually always listen to my favorite music alone with my headphones on or by going to see a band live at a show. So I would have to say the same, my ideal setting would be either at one of our shows or alone on a good pair of headphones… preferably at night. Your cover art is very intriguing and I believe it goes well with the atmosphere you try to create with the overall ambience of your music. Can you tell us about how you come to choose the cover art for your EPs and albums? We always try to convey a mood, send some imagery that inspires us and our music to a graphic designer. Then, we just wait to see what comes back. It’s an important part of the equation for us, so we always have long conversations about what the cover means. For this album, the image helped solidify the album title. We were throwing around the idea of using “Battle Lines”, but thought it might have too many obvious military implications and we didn’t want that. Once we saw that image, it made complete sense to us and it came together very quickly.

Artists are always learning and evolving which often reflects in their music. Tell us how the journey of one album affects the outcome of the next one.

We really wear two hats; one is our ‘in the studio writing and producing’ hat, the other our ‘touring and traveling’ hat. They are vastly different lifestyles from each other and for us, it’s difficult to have one without the other. On this record, we were really inspired by the touring for ‘Days Gone By‘. We toured almost non-stop for the better part of two years and even wrote the beginning of ‘Back Down‘ at a soundcheck. We are always trying to push ourselves, seeing how far we can go, and looking for new exciting places to take our sound.

I don’t really believe in “fate”

You’ve performed at some of the biggest festivals and many of the well-known concert venues. What is one of your favorite live performances in a more intimate setting and what made it so special?

Playing at the Commodore Ballroom in our hometown of Vancouver, Canada was amazing. It’s around 1,000 people so still intimate. We grew up going to that venue and the energy of our hometown crowd is just amazing.

You both have a similar background growing up in that you both used to listen to rock/punk music. Even more so, you both went to the same school but never were really that close. How did music help you find your way to each other? Do you think it’s necessary for artists who make music together to have a similar taste in music?

How we found each other and started working together is still so bizarre to me. I don’t really believe in “fate”, but I have no other way to describe it. I don’t think you have to have similar taste in music to make music together. Some great collaborations have probably happened from different tastes mixed together. What we have works for us, but maybe it’s not for everyone. We do see eye to eye on a lot of stuff because we like a lot of the same music, but I don’t think it needs to be like that. You’ve recently released an EP containing remixes of “Back Down”, a song from your latest album Battle Lines. Why was this specific song chosen and given an EP for its remixes? What makes other artists’ rework of your work so special?

We’ve actually gotten a lot of the songs on the album remixed, it’s just the ‘Back Down’ remixes that came out thus far. We come from the dance scene, so for us it makes sense to get remixes. You get a chance to see your song in a whole new light. Maybe a once chill song on your album then turns into a dance floor banger or vice versa. I love hearing what people hand in, I’m always surprised.

What is one thing you haven’t accomplished yet that you look forward to?

That’s a good question… because I don’t really know the answer. I just feel super lucky to be where we are, so the thought of asking for more seems scary to me. I just hope people continue to connect with our music and come out to shows.