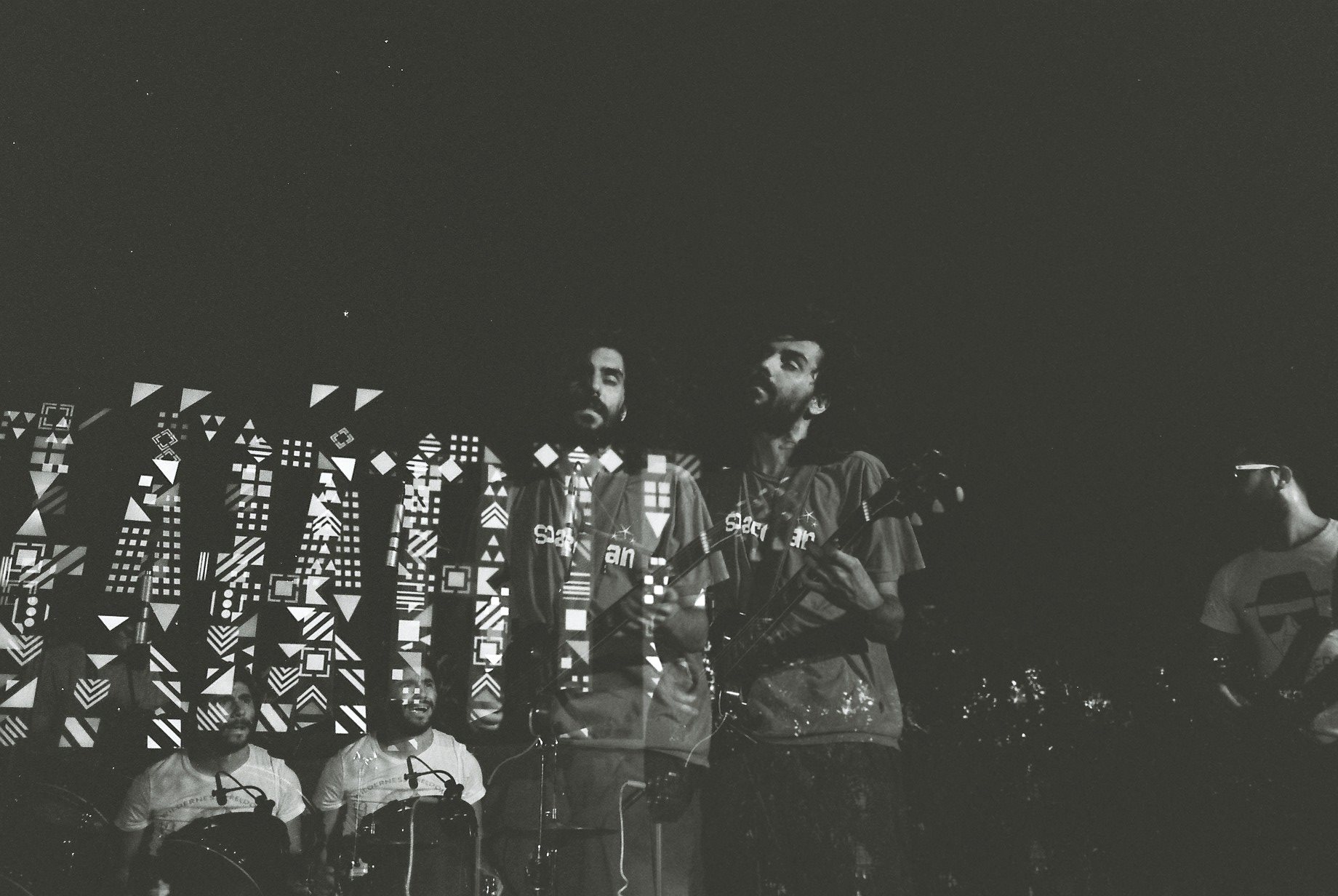 A Post-Rock Apocalypse: An Interview with Kinematik

Nicole JbeilyOctober 28, 2016
A local Lebanese underground band that has gained following in a short period of time, Kinematik is now known for having a unique and spellbinding sound accompanied by a captivating visual show. We decided to have a chat with the band and get deeper into their post-rock apocalypse.
How did your signature sound come together?
It’s all in the arrangement really, a lot of technical boring stuff we can talk about but it’s mostly breaking down the two guitar setup with one guitar, plus the heavy use of synths and electronics – and then being really eclectic and unpredictable with the rhythm.  Frankly we naturally do things the wrong way, so that helps a lot.
What’s an album (or a few) that inspired you as a band?
We’re big Can fans, so the first album on top of mind would be Tago Mago, but it’s hard to be fair to all your influences since we’re all avid music listeners and our tastes vary. Anything Krautrock or experimental rock usually lights the beam in all our spirits so let’s stick to something of the sort.

You have a beautiful and haunting visual show that goes along your live shows. Can you tell us who’s behind that? And how does that collaboration process work?
Cynthia el-Hasbani (also known as lookmaitmoves) is responsible for the visuals. We first got the idea of adding an extra dimension to the performances with Gerard Rechdan (part of Hezb L Taleta and previously part of Kinematik) but then we diverged onto different projects. However, the collaboration came together with Cynthia from her hanging restlessly around us during practice, her natural flair for design, and most importantly, how she really gets it. What’s also important to note is that Cynthia does all of the visuals from scratch and their purpose is for the songs, meaning they wouldn’t work on anything – which is something a lot of visual shows don’t take into consideration. It’s important to start from scratch and not hoard terabytes of previously animated/shot data and then try to glue things together. So usually we’re playing the songs for her and she’s doodling/animating on the side.
Tell us a bit about your new album Ala’. How was it conceived,  recorded and brought to life?
It came together when Fadi Tabbal (tunefork studios) came to one of our shows. We had a long discussion of where we see this going and what could really be done to it, and then we spent 6 months destroying around 90 minutes of material to turn it into our 40 minute album. To put it simply, we had ideas, Fadi turned them into music. He could easily be the fifth member of the band.  Ala’ was recorded on an 8 track reel to reel machine that Fadi got from France, making us the first alternative/underground Lebanese artists who’s done that in the last decade (at least) and we’re really proud of it. We chose to record on reels because it sounds way better and we firmly believe that true creativity comes from restricting yourself and then making due with what you have.

In this digital age of music, why the determination on having print? The whole point of Kinematik is doing what we want, and we want our record to be on vinyl. It was recorded analog, it makes sense to stick with the format.
You have a huge following for an underground band playing that particular sound in Beirut. Your concerts are usually crowded. How did it come to this? We’re super grateful for the turnouts but we honestly don’t know how it came to this. We work really hard. And we care a whole lot.
After the album release. What’s next for Kinematik? We’re already writing our second album. And we’re working on a European tour. Not slowing down anytime soon.