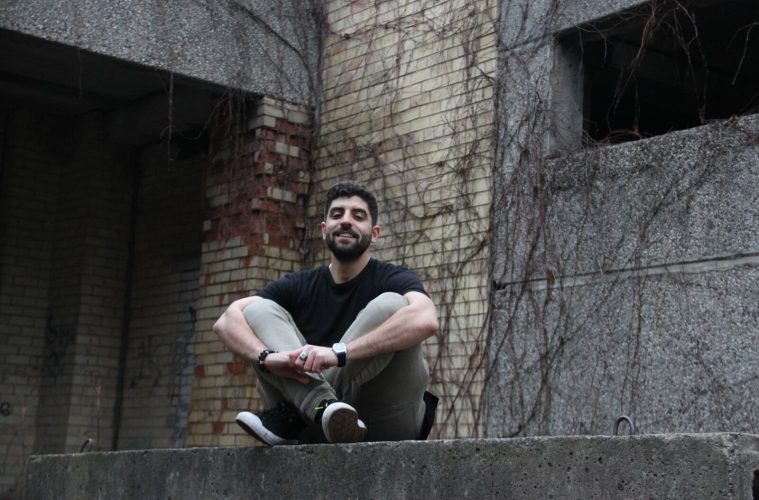 Interview with Cheh: Blūm-ing in Lithuania

Cheh began his journey being exposed to a wide array of culture and a pumping music scene in Beirut. Inspired and motivated by the city and global influences, Cheh set out to spread his selections and later on own rhythms to like-minded individuals and enthusiasts.

We discussed with Cheh his musical journey in three different cities; he started in Beirut, moved to Dubai and now has landed in on of the Baltic states; Lithuania.

1- What encouraged you to move to Lithuania and start your parties there?
I moved to Lithuania to further pursue my education and to connect family ties. Yet, I was aware before coming that the country has the most active music scene when compared to other Baltic states. On arrival, I started surveying the scene, its venues, musicians and their whereabouts. Keeping in mind that I already knew some people and of course did some basic scene research, the scene has welcomed me far beyond my expectations. Every day, I am most grateful for that and for my love for music that has taken me to places I have never thought of.
When playing around the abundantly green country I uncovered a blank wedge in the nightlife industry and scene for the music that I love and play. On the other hand, not many promoters have taken advantage of that and I realized it when people, promoters, and venues were positively responding to my performances. Therefore, I chose to create a concept in November 2016 called Declique in a superb concrete space called Lizdas. The concept was aimed to trigger a community and an inner culture within the city.

2- People, especially in Dubai, know you because of Subculture but can you tell us about what you are doing in Lithuania?

Sub-culture was my first founded project that was aimed at enriching the local scene and it’s artists in Dubai(on a weekday). That project was my inspiration to work with event promotion. Dubai and Kaunas or Vilnius are different scenes. So, the Lithuanian community was approached differently. As a scene, the Lithuanian electronic music scene is driven by heavy forces of techno, dark disco, new wave and etc. The people have fallen deeply in love with the legendary acid 303 sound and it hits the spot for everyone. Darkwave and dark disco are highly popular as well with Manfredas getting global recognition for such a spectrum of sounds. To be honest, I respect it. Because it is original and far from mainstream.
Due to our music profile and direction with minimal house and techno being unique to the country, we had to begin with getting the community aware of the music, labels, artists and such. We did so by endorsing local artists who fit our profile but have moved abroad and have been always a welcoming family to anyone who appreciates the music. Currently, we are focused on collaboration, teamwork and being open. We as a family highly support other promoters carrying our message and really want other people to do what we are doing as long as we believe their music profile to be upbringing, modern and artistic. My main focus at the moment is enriching the community, its’ artists and the scene with an avant-garde sound profile that is involved with major scenes around the world.

3- Being a resident and an artist booker, does this create a conflict when it comes to your parties or it actually eases the process and makes you more satisfied with what you’re doing?
Being the booking manager in both of my concepts definitely does have its’ advantages and drawbacks. Yet as a resident I can constantly focus on the sound profile of the event series. Yet, to be honest, sometimes it can be really exhausting being a promoter, DJ, producer, creative director, and student. 4- Why do you insist on staying away from the mainstream?
Whatever the genre, year, language, country of production or tempo, if it’s good music it’s good music. I listen to everything be it opera, classical, blues, soul, jazz, experimental, idm, disco or you name it!
Yet there is something I choose to highly avoid; mainstream music. When it comes to music or harmonies in general. I like music that stimulates your mind and makes you curious, fills you with energy and positivity and/or makes you smarter. Most mainstream releases are designed to make people dumb, slow, insensitive and shallow and I do not condone that.

5- Blum will be taking place at Opium club, the country’s most prominent. How does that feel and what is your ultimate fear?
Blūm, my newest partnership concept with Opium club, Anna Hanna and Rheeno is a project I am honored to be part of and I’m working very delicately with the team-members preparing for our launching event. When it comes to any event, my most ultimate fear is after all the preparation that the actual event does not happen. Whatever the reason, be it the forces of nature or pipelines leaking at the venue. Yet, as times goes on, I’ve been learning from older people in the industry that failure is something we must not be afraid of. It is something that I’ve learnt to accept and use to my advancement.

6- What is the message behind Blum and what value would it be adding to you and to the city?
Blūm is focused on the enrichment of the community with a mature and avant-garde sound profile.It aims to promote upcoming, young talent and hopes to facilitate and endorse the advancement and growth of other artists, promoters, performers and creatives who share the same mentality and interest. Being an event series aimed at cultivating a mature musical sound through promoting subculture, the project seeks to provide a positive input to the urban sound of Vilnius by empowering the local scene and introducing a diverse variety of global artists.

7- If you could get 3 DJs to play b2b2b at Blūm, Who would they be and why?
It would definitely be the founders of the project Anna Hanna, Rheeno and yours truly! This is something we have actually laughed about and found that it will happen sooner or later even before curating blūm. It has briefly occurred that we had a three-way back to back to back but it was quite brief to be satisfying.  Therefore we still do have an urge to do it. Vilnius metro (Aka Anna Hanna & Rheeno) play a very versatile set that is hypnotic groovy, energetic and positive. I have always enjoyed playing back to back with either of them and I look forward to us playing b2b2b.

8- What is the ultimate advice you’d give to someone who has a concept but too scared to try?

The difference between a dreamer and an achiever is: one pursues her/his dream and the other doesn’t.

You can dream all you want, you can have the best ideas ever and you can probably have something that could change mankind as we know it but no one will ever know about it if the idea does not see light.

For me, it takes a long time to learn how to find a balance between my continuous quest for perfectionism and actually completing a project. Such attitude is the reason sometimes it takes longer to finish a task due to wanting it to be perfect. This is something that is definitely demotivating and counter-productive.

9- Would you bring Blum to Beirut?
With regards to both concepts; blūm and déclique, we are open to any options and I personally love working with like-minded crews. As for bringing the concepts to Beirut, we don’t mind doing so and we don’t mind bringing Beirut to the concepts as well.