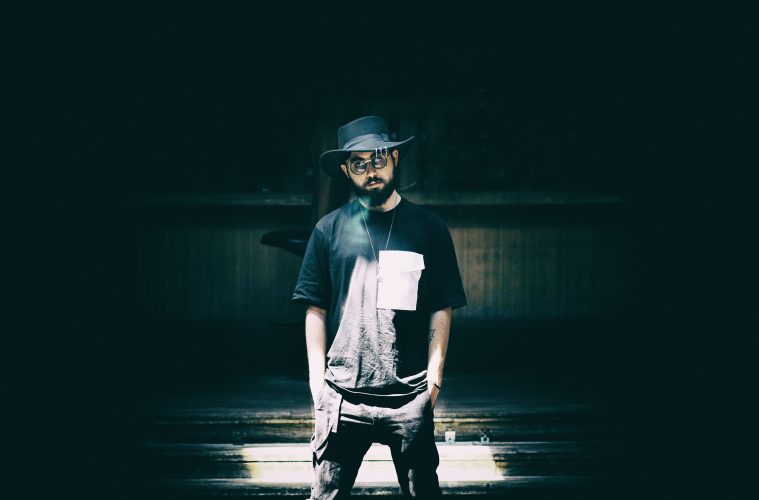 The Man with the Fedora: The Monokultur Interview

Monokultur is a DJ, music producer, and radio production manager. He is also an architect and creator whose identity is omnipresent in all of his projects, being design-related or not. He is behind Audiosuite, a sound engineering and music production school that offers hands-on courses for beginners and experienced artists. The fedora has become a part of his persona to an extent that he never leaves the house without it. With this being the second time I interview Monokultur, I can safely say that his music is a reflection of his personality: multilayered and eclectic.

On a rainy Saturday afternoon, Monokultur (with his fedora on, of course) and I had a long and interesting discussion about his career, his influences, touring, and our favorite series. Read below for the full interview!

You’re an electronic music producer but also a DJ who spins songs from a wide variety of music genres. Can you tell us a bit more about that? How would you describe Monokultur/Stereokultur to those who do not know you?

It all started around 9 years ago. My sound was starting to shape up, it was very progressive… It was back when Deadmau5 and Michael Woods and similar artists were big… That’s what I was playing. Then in 2012, I started working at different radio stations. I was bombarded by different sounds, I was getting a lot of different projects everyday… If you combine the projects I was working on back then, it’s just plain weird.

Being an architect, how does design affect your music?

I think it’s the other way around… It’s kind of a ping-pong situation actually, but since I started off as a radio producer and then went into architecture in 2014, it was mainly music that was affecting my design but now it’s kind of a back-and-forth. There’s a project that I did that’s called Highly Desirable—it’s 4 tracks that I produced and whose frequencies, velocity & patterns I used to build a space. It’s about 4 different cities (4 different tracks), each with its own visuals. I was shortlisted for the final round of Music, Art and Design (MAD) competition in Paris. If you look at the design and listen to the live I was preparing at the time, it feels like they makes sense and fits perfectly.

The fedora ruined my life

The only thing you have that’s close to a collection is Shades of Blue (2 years ago). Have you ever considered releasing an EP?

2 years ago, I started Shades of Blue—I stumbled upon Yves Klein’s monochromatic work, a very realist & minimalist expression, in which he broke pictorial conventions of painting as well. For example, he used to cover models in blue pigment and ask them to roll over on a canvas, he used different tools, different materials; a series of steps that leads to a certain result, basically how I approach music as well, an experimental one.

It’s that whole Klein Blue monochrome series that inspired me to do the collection.

There are 2 tracks that I produced at the time that are still unreleased. I just think that I can release them easily now cause I made up my mind but back then, I was still debating in which direction I want to take Monokultur. That’s how Particule came to life.

I included those two tracks in my live and it worked well on the dance floor… So yeah, maybe I’ll release it as a Shades of Blue EP. I almost forgot about that…

Artists and producers often struggle to find inspiration for new material. What’s the weirdest source of inspiration you’ve recurred to to put together a new set?

There’s so much! Some of them are very disturbing as well.

This one time in Europe, a guy came up to me when I was playing a very laid back disco party, he handed me a notebook and asked me to draw a chicken… Actually forget that one, one time I heard a story of a certain sculpture that was being exhibited, it’s a sculpture of a woman made of mine shells. They went to a landmine in the south of Lebanon, got 40 sheep, and they let them run around the land…

A week later,  after making sure that the land was clear, the artist took all the fragmented mine shells and he had to build this sculpture without really sculpting anything, just putting the pieces together. You can’t modify its shape because of the heat it was exposed to. A very brutalist approach! I started working with that as a reference and after a few steps, it ended up looking like this…

I tend to apply the same line of thinking when I’m making music. Sometimes a visual makes sense to me sonically as well.

If you could choose one place, anywhere in the world, to turn into your private concert venue for one night only; where would that be and why?

I think it would make more sense for me to choose something in Lebanon. One of them would be the Egg in downtown. The Saint Hoax exhibition took place there a few months ago, the location is breathtaking.

There’s a new wave of music that’s being produced locally with a shared element: an ‘oriental touch’. What are your thoughts on this phenomenon and would you consider yourself to be riding the same wave?

I think it’s very important for us to embrace our roots. That’s what people look for, specially abroad. A lot of local artists understood that and are doing it but I think, in my point of view, it’s a very delicate process; it’s so easy to end up getting the cheese in the trap. I tried to ride that wave more than 2 years ago, it was my first year touring and when I was playing the edits I made, it worked really well. People were very responsive to it so I thought “hey, this is what I have to do; this is the direction I have to take.” How do you integrate your intellectualism and your life views into your music?

It depends on what I’m reading about, what I’m studying, what I’m inspired by… Lately it’s been mainly Jazz. A lot of funky jazz artists are inspiring my track selection lately. The Tutu (album) by Miles Davis has been a great inspiration these past few months. Marcus Miller is my favorite bass player at the moment. If we take a look at each of my projects, I can tell you what was the intellectual inspiration for it. It’s always something different… sometimes it’s music, sometimes it’s a picture, a certain notion with a strong message…

For example, Particule came along back when I started studying minimalism at school. I was applying the same principles to the arrangement of the track.

What are some non-electronic albums that have shaped your sound?

Oh wow. Okay so this year’s influence would be Tutu by Miles Davis, as I mentioned before. Black Messiah by D’Angelo is one of my all time favorites, Move On Up by Curtis Mayfield…

There are new aspects of music that I see differently on these trips; it’s some sort of zoom out

Your line of work barely allows you to have any free time. What are some of the hobbies you have for your down time?

(laughs) There’s no downtime. The thing is that I’m not looking at what I’m doing as a regular job. People keep asking me how do I keep up and how do I relax if I don’t have any free time… Well, I’m making music, performing… not too shabby.

Architecture wise, it’s the same feeling. I never wake up and say “Oh f***, it’s Monday”. If I have some time for myself, I watch movies and series. One of my favorite shows this year is The Man in the High Castle; I think it’s brilliant how they modernized both worlds (Scenario where Axis won WW2). I love Black Mirror, I think that near-future scenario is awesome. As for movies, I love sci-fi. My favorite this year was Ready Player One…

Your journey is growing and you are touring a lot more around the globe. How is that experience feeding back into your music and style?

Playing music to completely different crowds, with a different culture… it’s just amazing. My last trip was 2 weeks ago, I went to Thessaloniki in Greece. I’ve been there 3 times already but this time I got 2 other bookings as well in nearby villages. I learn a lot on these trips cause it’s more challenging: it’s a crowd you don’t know, they react to tracks differently, my set shapes up differently… There are new aspects of music that I see differently on these trips; it’s some sort of zoom out, specially in parties when the energy in the room is intense, the feedback from the crowd is just blunt…