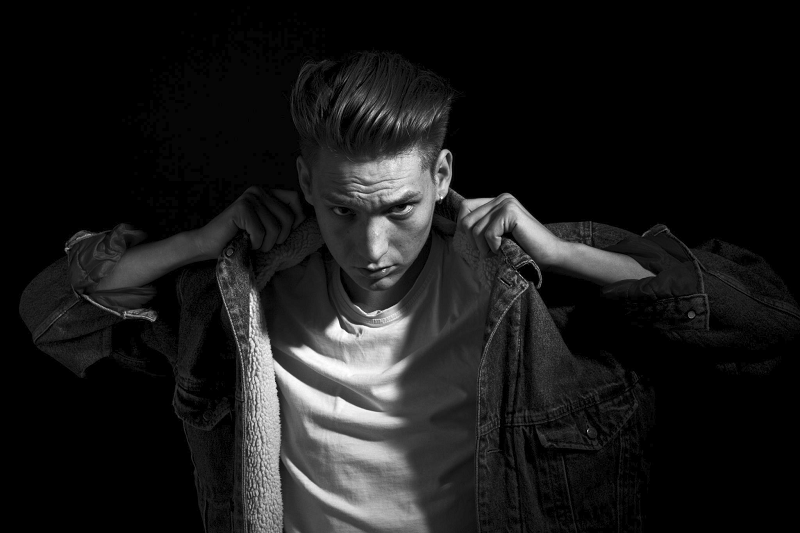 Interview with Thomas Azier About His Upcoming Beirut Gig

In preparation for Thomas Azier’s concert on April 24th in Beirut (at Concrete 1994), we got the chance to chat with him about a few interesting things. Azier who hails from Berlin with an uncompromising, dark and broody electronic pop sound, is set on making his own impression on the music world. In 2012, he released two EPs, Hylas 001 and Hylas 002, on his own label Hylas Records / BMG, which, amongst other things, led to a tour with Woodkid and Stromae, and a worldwide record deal with Universal Music France. Azier planned to release an EP trilogy, but Hylas 003 grew into a proper album. This debut – simply titled Hylas – comprises all of the meticulous work he’s done to develop himself musically over the last five years. It was just released and Beirut is the only non-European city on the album tour! Check out the event organized by Beirut Jams Sessions who never fails to introduce the best musical talents to the Lebanese audience!

Revolver:  Hylas is your debut album, and the Hylas Tour has already kicked off. Are you proud with the reactions you’re getting by showcasing your first baby to the crowds?

Azier: It has been a long ride. I’m just really happy to be on the road and out of my studio after such a long time. It feels really special people are coming to see you because they like your music, this feels still unbelievable to me.

Revolver: The Hylas Tour includes European countries, as well as Beirut. What convinced you that Beirut was a place to come perform at?

Azier: A good friend of mine is living and working in Beirut, and I heard nothing but great stories from him so I am very excited to discover it first hand!

Revolver: What is the thing you look forward the most when visiting new cities on tour?

Revolver: What got you into making music? And what are the inspirations that helped shaped Hylas?

Azier: To name a few: the ever transforming city of Berlin, the concept of change and dealing with constant change in life, the factory where my studio is based, East Berlin..

Revolver: From the top your mind, the top 5 musicians that shaped who you are as a person and as a musician are…?

(We suggest you Google these names if you don’t know them, exploring them was quite the trip for us)

Revolver: Do you have a message for Beirut to prep it for your arrival?

Azier: I’m very excited to come to your city and I hope to talk with you a bit after the show!

Revolver: Of course you will, not sure how sober we will be though. Thanks for the great spirit and we are excited to see you live as much as everybody else. It’s going to be a great night, and on top of all that the DnB Project will be opening for you. If you haven’t heard them before, you’ll be shocked.