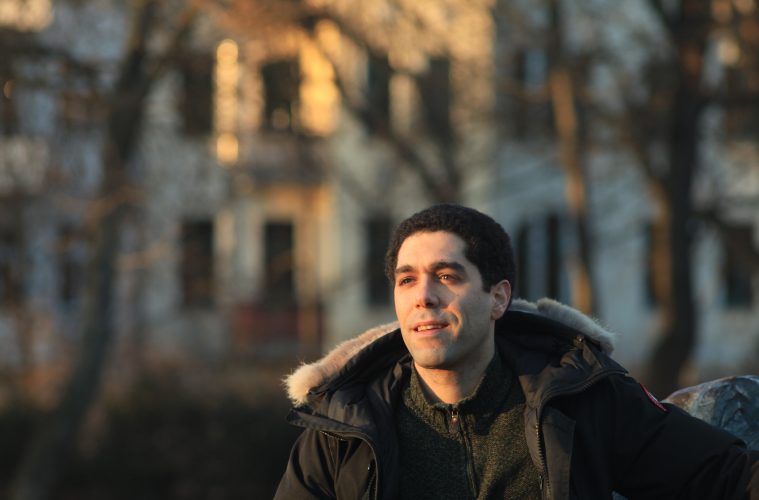 As a producer, composer, and a label owner (Naissance Musik), HEAR’s career brought him to the mecca of electronic music, Berlin, where he has established himself among the veterans, playing the usual suspects (Watergate, Sisyphos, Loftus Hall). Defining himself in 3 words, mysterious, dynamic and unpredictable, HEAR’s performances definitely live up to that description. Besides DJing, he has released multiple singles, a solo album and 12″ records EPs with Move D, San Proper and as Dream Scoring, his duo band project with Hakim Murphy. We had a quick chat with HEAR to know more about his career and inspirations.

You’re originally from Lebanon. How has that affected your music style?

I would say from the chaos, the eclectic environment, the strive for strong sensations and the the openness for new influences.

When did you travel to Berlin and why did take the decision to live there?

I first discovered Berlin in 2009 and then traveled many times in 2013, until I decided to move there in the end of that year. The decision was mostly about music and to be based in Europe. I also was very attracted by the technical side of the city and I was able to build a new studio, working with some amazing sound engineers who also helped me create some instruments.

It’s not easy to gain popularity in the music scene. What are the hardships you faced to reach where you are today?

The hardest thing was not to get affected by the energy of others while trying to find a place in a scene. The nightlife could be rather chaotic especially when you are starting as a DJ. I learned to work on myself instead of trying to change the other and to believe in me as an artist.

Your music is a story built through our imagination. How would you describe your style?

Mysterious, dynamic and unpredictable. It adapts to its environment. It is cinematic as it triggers emotions and visuals interpretations.

Everyone has a role model. Name the artist that inspires you most.

By dancing to it.

I like timeless compositions and rhythmic music. It could be from any genre of music from Jazz, to rock including classical music.

To name a few:

If you were not a DJ, what would you be?

A film director.
Hear is on:

Check out this music video for Hear’s track ‘The Groin’ directed by Lebanese Film Director Hany Tamba (who won a cesar for a short film):

Hear’s track ‘Up the Hill’

Hear’s set on our own Revolver Podcasts: