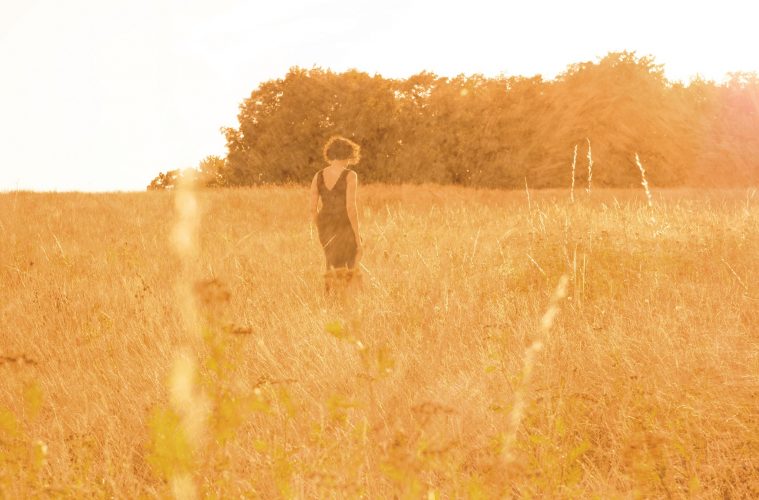 On October 4th, Zazuka released her self-titled debut album, which features songs in Arabic, Turkish, English as well as orchestral pieces. A long process was behind the making of this album, so I sat down with the artist to talk about how it all came to be.

The idea behind the album had been manifesting in the artist’s mind for a long while. Before moving to Germany, Zazuka both performed and arranged music in Jordan, Lebanon and Egypt. The result of these experiences would have a great impact on her own music.

She decided to name her project “Zazuka“, a shortened version of her full name that her friends used to save her number on their phones. Behind her decision to not use her full name on stage, she elaborates: “First of all, I wanted something short and catchy. Additionally, everything that’s in the songs is essentially a version or an impression of myself— aspects that I embody in an exaggerated manner, but not my whole self.“

Zazuka started working on this album soon as she moved to Berlin more than three years ago. Previously, in 2016, she released a couple of songs that she produced at home, testing the people’s reactions to it.

The first released song was “Bsaat Irreeh“ (Flying Carpet). Zazuka explains that this song is kind of a critique on the orientalistic view of the region, in particular she mentions the story of “A Thousand and One Nights.“

Where is my carpet My magic carpet/ That will take me/ Far, far away/ A thief stole it My dreams have left me/Where to? / Where to?  /Tell me where to go / And whom to tell my secret to / My days are aching My secrets bleed out Into the air Without an anchor

She explains further: “ever since I moved to Europe, people romanticised about my name and signature in an orientalist way, and that put me at unease. It made me feel like I was framed as a painting, unable to tell my story in my own words. It also bothered me because the 1,001 Nights is actually of Farsi origin. This song is a way to overcome that unease and fly out  of that picture frame.

Another song was “Khadaar” which she introduced again during her crowdfunding campaign.

About “Khadaar”, Zazuka writes on her crowdfunding blog: “It stemmed from a place of physical pain and ongoing isolation as a direct result of that pain. Sometimes our nerves are screaming and we shut them up with extra work, distractions or pain killers, when we should be listening closely. What is happening around us, in our relations, in our environment or even our thought processes, that we should change? For me it had to be a drastic change that I was resisting and as a result, I couldn’t sleep, work, study or eat anymore. I enjoy singing the last line in this song, because I realise that I can defeat the pain, but first I have to start by accepting it. There are so many songs about relationships to lovers or other people, why not have more songs about our relation to ourselves? This song is a type of alternative medicine for me.“

During the making of the album, Zazuka decided to start a crowdfunding campaign, in order to finance the final steps of the production. The campaign was a success in the end and made it possible for her to finish the album. Even though this album was written, recorded, and produced over a long time, she acknowledges that she never lost motivation, saying, “When you know that something works in your life, you should pursue it, no matter what other people say. You will find your way.“

On this album, she worked with various musicians and the Deutsches Filmorchester Babelsberg. While she does the songwriting, as well as the arrangement, she leaves a space for the musicians to improvise. She thinks about the human behind the instrument. She tries to think how they are able to create a dialogue between written out and improvised parts: “even before we play together, they influence me“ she admits. “The songs have a structure, and a basic foundation, but sometimes there are spaces for improvisation.” That doesn‘t mean that she isn‘t fully prepared once she goes into the studio: “You need to come prepared, even if you improvise, you need to know who plays what.”

Furthermore, she reveals that she first produced the songs at the piano and computer at home, later adding strings and percussions to the soundscape. Because performing live is very important to her, she wanted to keep the songs as acoustic as possible, in order to reflect the live sound. In the experimental stage before going into the studio, she tested out new sounds and worked with different musicians and atmospheres, to see how this music is being perceived by the players and the audience.

Sonically, the songs in the album vary greatly (there are some with just one instrument paired with her voice and some which are played by a full orchestra) but thematically, they are connected. Some songs are about pain— they are dark and with a negative tone— but there is hope and light as well. She explains, that: “Many songs revolve around pain and how to cope with it. It‘s very therapeutic because I analyze this pain and change my relationship to it, and then I can say something about it.“

The work on her album happened very organically over the course of three years. She experienced which kind of songs worked, and which didn‘t. “When I record something new, I like it to be a completely new sound,“ she explains, reasoning how she chose which songs should be released and which shouldn‘t. The music itself is a cross-pollination of a variety of cultural influences, and she often says, “I don’t want to be categorised.“

The album is intercultural in the instrumentation and the fact that she sings in Arabic, English, and Turkish. The Turkish song, “Gecesefasi”, is a cover for Sumru Agiryürüyen’s song and is received very well when she performs it live. “People come to me and say they want to learn the language and this is a very nice side effect of my music.“

She explains further the difference of singing in English and Arabic to a culturally diverse audience. “When I write or sing in Arabic, the subjects have historically not been addressed often in songs, and there is a challenge of addressing these issues in my mother tongue for the first time. In English, there are less taboos. These kind of texts are already out there, and I have to be careful that it doesn‘t sound too generic our copying anyone. But English is very good because many people understand it. In Arabic, I have to admit that I think about how it sounds and about whether it carries the message across despite the language barrier. You want to communicate because you don‘t write just for yourself, you write also for others.“

Stream the album below: