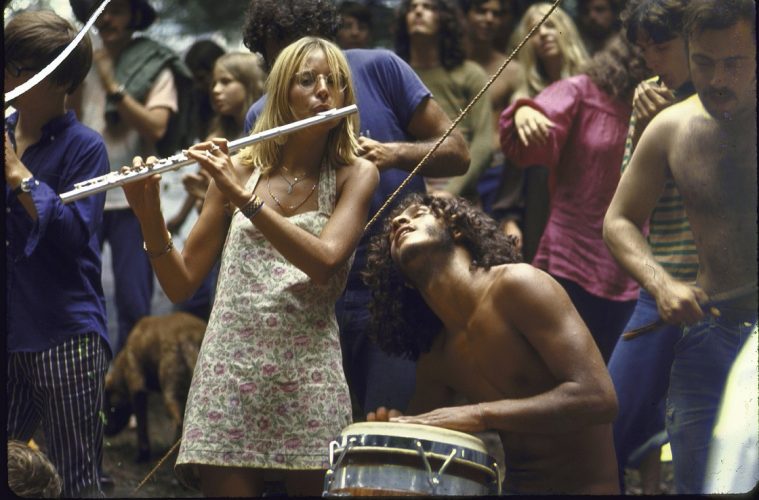 The famous Woodstock festival took place over a period of 4 days in the summer of 1969. It featured some of the biggest rock’n’roll artists of that era, and hosted a then record number of half a million attendees. That year the war in Vietnam was at its worse, and the peace movement in America was gaining traction.

The hippies of the late 60s found Woodstock as a mecca, a place for freedom, love and peace. The festival itself became a symbol of a whole era, one that came to show the true image of the United States around the world. An image that’s in contrast to Hollywood’s American utopia. In reality, Woodstock came to be the ultimate embodiment of sex, drugs, and rock’n’roll.

50 years later, Woodstock looking festivals are popping up in all countries and continents. Sex and drugs are still to be found on their premises (probably to a lesser extent), but one thing is sure: rock’n’roll’s musical golden age is long gone now.

This year the organizers are back at it with a Coachella style lineup featuring names such as: Jay Z, The Killers, Miley Cyrus, and The Black Keys. Many have criticized the lineup as one that’s not true to the spirit of the original festival. What they fail to realize is that times are a-changing, and there’s a new golden age now. Whatever it really represents.

7 artists who performed in Woodstock 69 were invited to this year’s edition. Some returned as the full act, while others have lost their old bandmates and are now collaborating with the younger generation.

Let’s ride a delorean and explore the original performances of those 7 acts.

Before Carlos Santana came to be associated with Rob Thomas, he led an ass kicking band of crazy talented musicians. Musicians who were high out of their mind during the 1969 performance which came to be recognized as one of the festival’s best.

Creedence Clearwater Revival’s music was so symbolic of the 1960s, it came to be the go to soundtrack for every movie about the Vietnam war.

Their Woodstock appearance was known as the forgotten performance, as it wasn’t featured in the movie or the album. They started playing just after midnight and their set was full of charting hits such as Green River, Proud Mary and Bad Moon Rising.

Lead singer and primary songwriter of the band John Fogerty is back in the 50th anniversary edition this August.

Sebastian is one of the founders of 60s band The Lovin Spoonful which charted hits such as “Summer in the City” and “Do You Believe in Magic”. However, he’s probably most famous for his beautiful unplanned Woodstock appearance. In fact, John Sebastian traveled to New York state to attend the festival as a spectator. He was asked to perform after a rain break as the organizers needed an acoustic performer while they swept the water off the stage.

High on weed and tripping on acid, Sebastian ended up performing 5 songs and dedicating Younger Generation (watch below) to a new born baby at the festival.

With his smile and hippie look, John Sebastian’s performance was one of the most representative of the festival’s spirit.

Watch below the classic performance as McDonald gets thousands of people shouting along. Who knows? Maybe some of those attending ended up being drafted and never made it back.

CSNY’s performance in Woodstock was actually their second ever appearance in front of an audience. Their set took place between 3 am and 4 am, which begs the question: Did anyone actually get any sleep in Woodstock?

Collaborating with younger “friends”, Crosby is the only one of the 4 CSNY to make it back to Woodstock.

Here’s a their performance of Wooden Ships with footage taken from the festival.

The Grateful Dead are known as one of the best performers in history, however that wasn’t true for their Woodstock appearance. Because of rain and technical problems, band members were receiving technical shocks and that obviously affected their playing. The Dead being smashed didn’t help either.

Dead & Company was formed recently and consists of the surviving members of The Dead joined by John Mayer on the guitar. They bring Jerry Garcia’s soul back to the 2019 edition.

Below is an excerpt from their performance:

Another memorable performance (actually two) came from Canned Heat during their sunset performance on Saturday. The hippies were at it again. We leave with you the two performances below:

“Going Up the Country”

“On the Road Again”