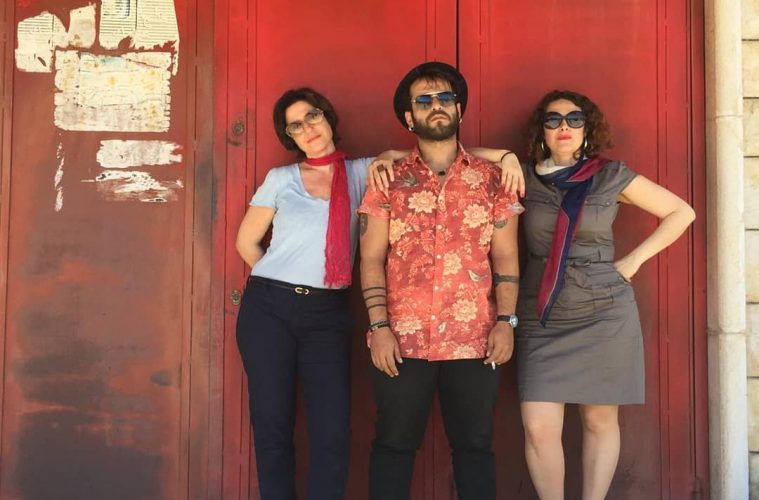 Sandmoon is an indie pop/folk band from Beirut, Lebanon. The band was initially formed in 2010 by singer/songwriter Sandra Arslanian and, after many revamps, it now consists of lead guitarist Sam Wehbi, cellist Ribal Kallab, bassist Georgy Flouty and drummer Dani Shukri.

Their first demo album was released locally in 2010, their second album featuring their locally radio-popular song “Home” was out in 2013, and their EP #InTheEnd made regional headlines following its release in 2016.

The band received the Award for Best Soundtrack at the Lebanese Movie Awards in 2017 for the original soundtrack they composed for Philippe Aractingi’s feature film ‘Listen’.

We’re excited to premiere the music video for the first single off their upcoming 2nd album “Put a Gun/Commotion” (TBR end of 2019/beginning of 2020). The not-so-ordinary runaway road video is inspired by the Agatha Christie adventures and takes place in the Bekaa Valley, reflecting the emotional and raw vision they have for the album.

Listen to their music on Anghami / iTunes / Spotify / SoundCloud