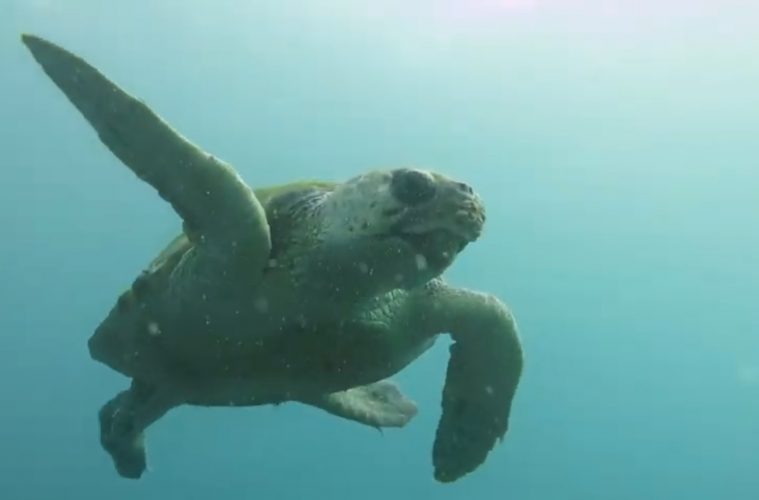 A few months ago we covered the release of a remix pack of HEAR and Hakim Murphy’s Dream Scoring on Naissance Musik. The EP features four reworks and dance floor bombs from Wareika, Amir Alexandre, Yard One and Nesta.

Wareika were happy to contribute to their friend Sary’s (HEAR) release, with a special mix of wareika-esque grooves, a pinch of saxophone , a bunch of synths, Florian’s unique voice and – as a cherry on top – a few strokes on the oud that was given to them by Nesta during their visit to Lebanon.

Today we are happy to premiere on Revolver the official video from Wareika’s remix of Dream Scoring’s “Motion Currents”.

The video is the result of a collaboration with Samer Halwany a photographer who specializes in underwater videos and photos, and collaborates with National Geographic on different projects.

HEAR had the idea of combining the Oud part with underwater footage, focusing on a group of diving turtles. The blended images give the viewer a feeling that they are part of the turtle’s journey. He edited the video from all the raw footage he got from Halwany and the result is an execution with an organic feel representing the underwater ecosystem.

About WAREIKA: an electronic Music Trio formed in Hamburg in 2007. They gained worldwide recognition for their rather unique approach of mixing acoustic and electronic instruments in a house/techno context, especially during their live shows and performances.