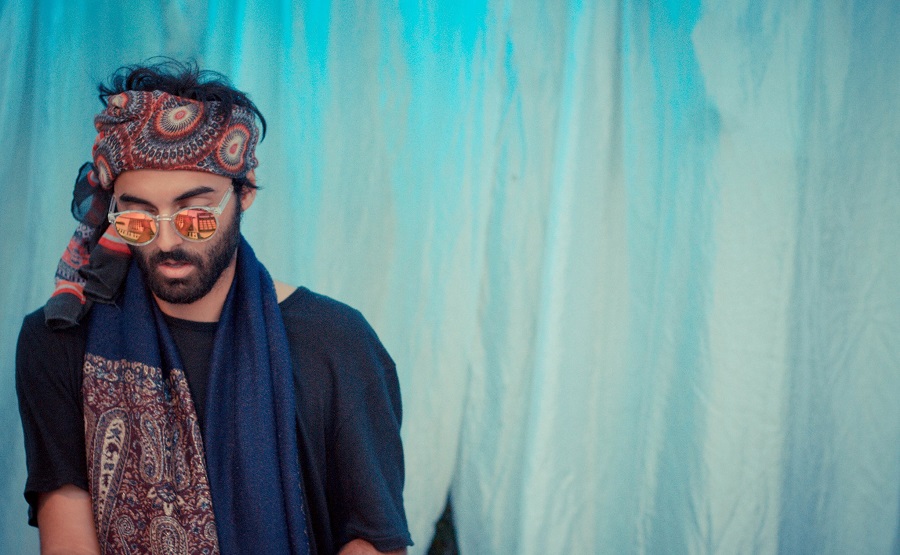 Viken Arman, along with a generation of like-minded artists, is pushing the boundaries of electronic music not only towards the future, but also towards the past. Fusing ancient melodies with electronic beats to create magical vibes that go beyond dance music brings rich cultures together in mystical musical journeys.

As a musician, Arman has a rich background of influences growing up with jazz and classical music. He draws influence from a very versatile music background from Keith Jarett, Erik Satie, Bill Evans, Jay Dilla, Ricardo Villalobos to the Arabic diva Oum Khalthoum. This is not quite your standard iTunes playlist.

When he’s not making music, Viken focuses his energy to support and nurture this particular and rich music scene even further. He just founded Denature Record which, as he describes it, is more than just a label but more of a family of artists. The family line-up is made up of the most innovative minds in the industry such as: NU, Acid Pauli, Nicola Cruz, Bedouin, Mira, Feathered Sun, Chris Schwarzwalder, Raz Ohara, YokoO, Satori, Oceanvs Orientalis, LUM, Matania and a lot more. He also pledged to support young and upcoming talents from around the world. Boy, I can’t image what this family’s dinner table would look like.

Viken Arman just released his very own EP ‘Sireli’ on the Denature Records and it’s everything we wanted it to be. A magical ride of grooves and melodies taking us on a journey across cultures and years.

The opening track, Sireli, is a beautifully crafted track that holds within it reminiscence  of ancient tunes, fused with melancholic piano and a colourfully texted midtempo groove.

Drop of Raki, is a slower tune yet it maintains a high energy mood. He collaborated with Jo. Ke & Iannis Ritter, in what we’ve heard was a crazy night of unexpected improvisation. That’s what a Drop of Raki would do.

The EP ends with Solar, which as its name implies, is a warm and sunny tune. The hypnotic vocal hums, layered over subtle ancient phrases, electronic grooves and ethnic percussions create a magical spell that’s a musical equivalent of a cozy smile.

The digital version of the EP comes with the Arman classic tune ’Souq’. Souq has been getting a lot of attention from listeners and DJs around the world, getting over 100K plays on Soundcloud and Spotify. With its jazzy yet ethnic but electronic vibes, I would personally say Souq is a definitive masterpiece.

Now let’s get to the remixes, as if Viken’s original tracks weren’t enough awesomeness for one EP. Bedouin, Mira & Chris Schwarzwalder, Nutia and Canson remixed the project.

Canson sped up ‘Drop of Raki’ and added a signature punch to it and melodic ambience while Nutia thickened its percussive layer. Both interpretation are very interesting listens and a great addition to the EP as it adds flexibility and choice depending on your personal taste of Raki.

Bedouin added their signature clean and spacey beats to Sireli rearranging it into a melancholic journey, while Mira & Chris grooved up the track with damp lower frequency sounds. Both remixes are well-crafted musical achievement for all artists involved.

All in all, Sireli is a timeless classic EP from Viken Arman, expect to hear it a lot in the upcoming year if you choose your dancefloors correctly.

Get it on Beatport here: http://btprt.dj/2cMoslJ

Listen to it here: