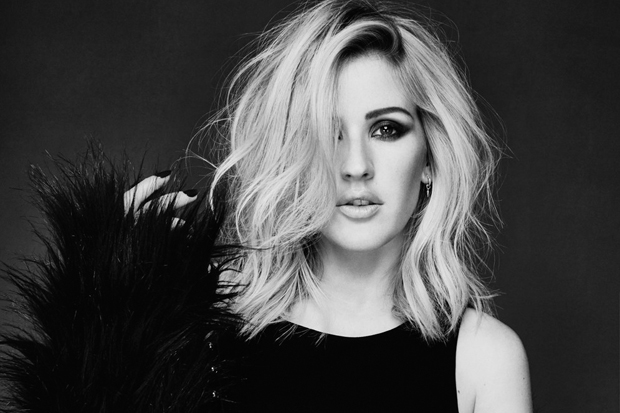 On Friday, November 6, UK pop superstar Ellie Goulding released her third studio album titled ‘Delirium,’ the follow-up to her massively successful 2012 release ‘Halcyon’ that was further expanded into a reissued version of the album, called ‘Halcyon Days,’ that was released a year later. Both of these albums shot Ellie to the top of the music industry with her infectious pop sound that is highly surrounded in some of the greatest dance and electronic beats around.

Ellie continues this sound and expands upon it to new levels on ‘Delirium,’ an album that is powerful, strong, cohesive and full of hope in its message. This album is Ellie’s most confident work yet and cements her place as one of the most successful female artists from the United Kingdom.

The album starts off with a beautiful melodic introduction which Ellie described as the transition from the darkness of her previous albums into the lightness and calm of the storm that is ‘Delirium.’ This positivity and uplifting encouragement can be felt throughout the entire new album, from the lyrics penned by Goulding herself to the EDM-based tracks that fill the whole record in a heart warming solid symphonic sound. Ellie’s seductive voice shines the brightest yet on the album, showing her continued confidence in her own work and in her place in the industry.

Ellie gave her fans a true gift in the length of the album: The standard edition of the album is comprised of 16 tracks while the deluxe version contains 22 songs. Both versions of the record include Goulding’s smash hit “Love Me Like You Do” from the Fifty Shades of Grey soundtrack that took over pop music this past year. The deluxe version also includes Goulding’s collaboration with EDM artist Calvin Harris on a song called “Outside” which has also been noticed around the world.

One of my personal favorites on the album is a track called “Codes.” This song is one of Goulding’s best (ever, in my opinion) and is highlighted by her strength on the chorus where she sings with passion and intensity, creating a lovely sound that is coupled with some of the best beats heard as of recent.

Ellie is also receiving much attention for what just might be her most experimental tracks to date. This song, called “I Do What I Love” and is featured only on the deluxe version, is trap influenced yet combined with hints of Middle Eastern flare. A truly unique song, Ellie shows her versatility and her ability to create simply great music.

‘Delirium’ is an awesome pop music work of art. Ellie states that she wants her fans to take away a message of “hope” from the album. We sure do Ellie, and you are giving us hope in the future of pop music. Well done on your best work yet.

Ellie Goulding’s tour, “Delirium” begins in January 2016 and concludes in June. The tour includes 51 shows beginning with the European leg from January to March, and then with the North American leg from April until June.