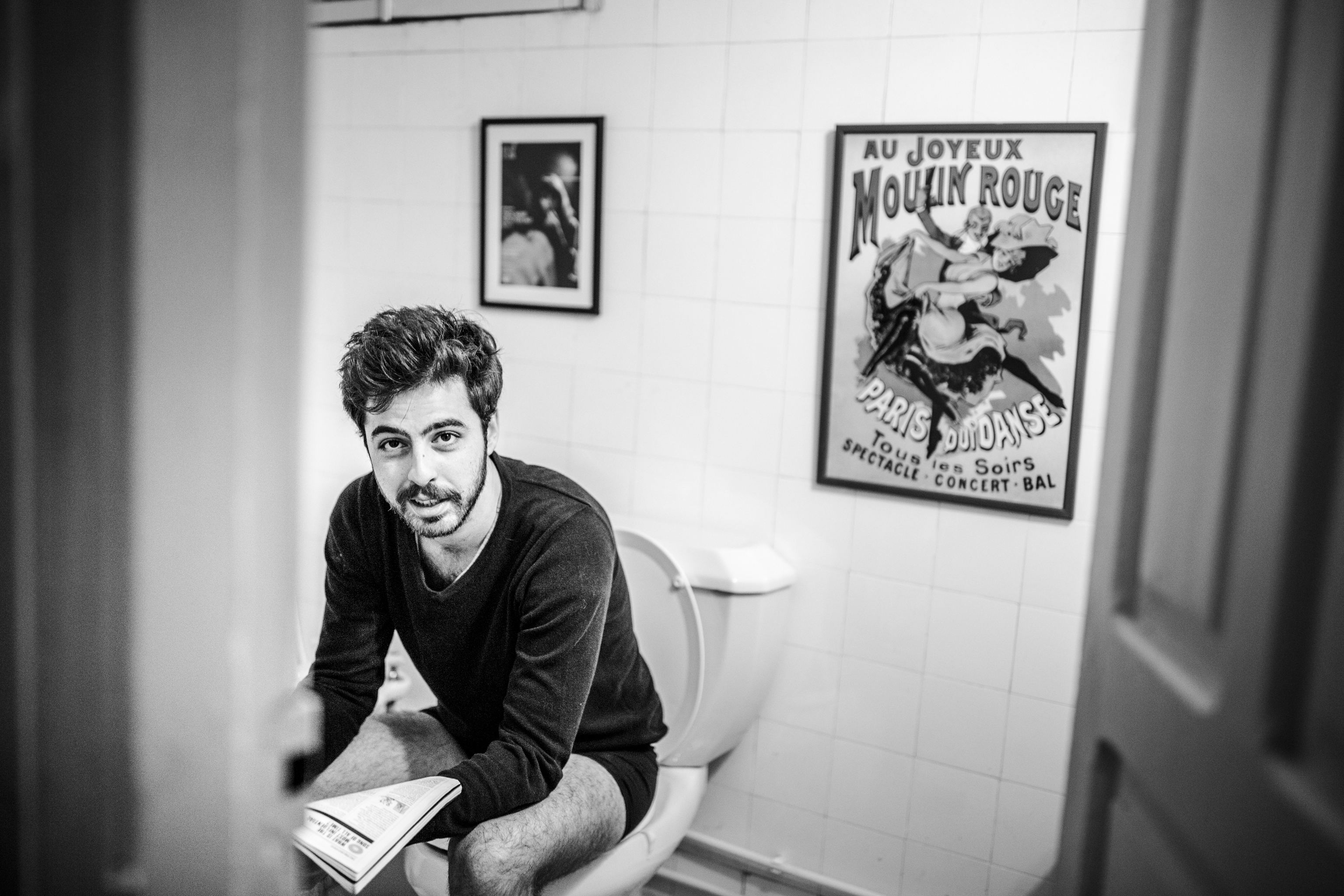 Alko B: When Surf Rock Resurfaces

Salim Naffah is a name that resonates in the wide spectrum of the music scene. You might picture him as Wanton Bishop’s former bassist, Loopstache’s co-founder but more recently and importantly as Alko B, himself.

This versatile artist who effortlessly balances from blues rock to electro swing, surprises us by giving a twist to yet another genre that has been neglected in the past decades, the infamous surf rock of the 60’s. After releasing a video of his single “Coffee and Cigarettes”, it is on a cold winter night in January, with lots of contradiction, that Alko B submerges Beirut in a sea under the hot summer sun of a tropical island through the vibrating tunes of his debut album, “Sex Tapes”.

Talking about Salim’s path is like tracing a chameleon’s and although it would make for quite a compelling story, I would rather enlighten a very specific trait of the artist: that of transporting the audience into his own world, that of turning lyrics into pictures, rhythms into colors and light, music into feelings and life.

And so, to take you further into his fascinating mind, Salim sets his concert in a place of which the name and function scream novelty: the Innovation Factory Beirut, a place destined to serve as a workshop for various designers and artists. Imagine a lazy Sunday night, crazy wind, pouring rain when all you would rather do is stay in bed to find some warmth. You don’t, because Salim takes you into a space made of white walls, surrounds you and his instruments with bright strings of light and relies on his mellow soothing voice and steel guitar to keep you warm. The setting is complex in its simplicity so much as the album itself. Every little detail is thought through to make you stop thinking, to give you a feel of nostalgia, to make you reminisce of old lovers, all in a feel good laid back mood. In fact, if you shut your eyes for a few seconds, you open them only to find yourself lying under a starry bohemian night on some faraway island with in the background his last track “Strangers When We Meet” playing.

In an age when electronic music is constantly being exploited, rare are the avant-gardists who have the audacity to take us back in time and revisit old genres such as Alko B has and he does it with such subtlety that all you can do is let yourself go to the back and forth motion of his resonant melodies, the vintage sound of his songs and the funny feeling of being submerged in water through the vibrations provoked by the reel to reel tape recorder he uses to register his rather romantic “Sex Tapes”.

This album is the fruit of a genuine, pure soul and that is why it is one to listen to, it is one to plunge yourself into. Whether listening to “Lenny’s Frivolous Ways/Love Affairs or to the spell “Lilly” dropped on Beirut, each track is a new wave filled with little stories, some fictional and others, derived from Salim’s reality. Either way, you cannot help yourself but relate and dive in.