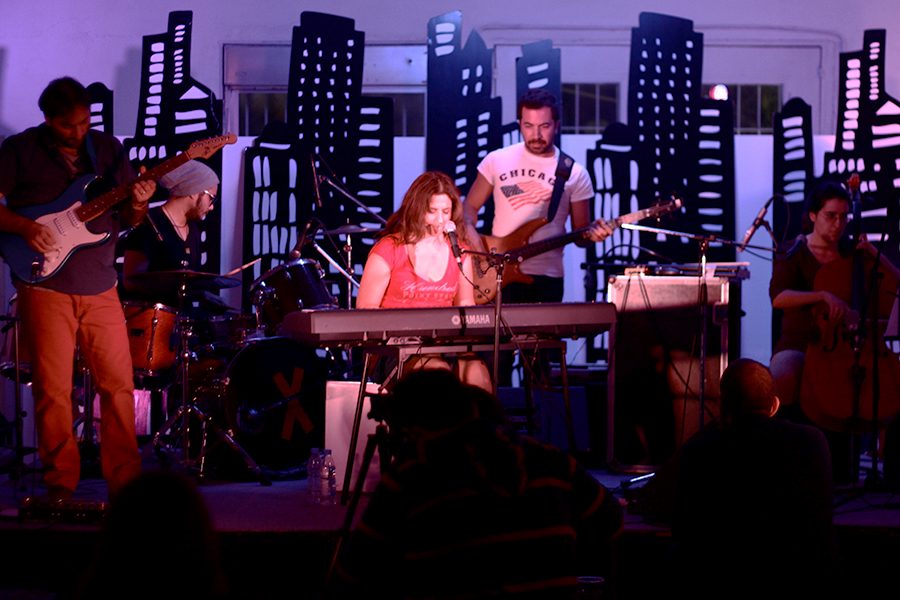 The first time I heard of Sandmoon was on a local radio station. Sandra (the lead singer) gave an interview before treating us to a small segment of their new single Home. “Great”, I thought to myself, “another local band”. The country recently witnessed a sudden emergence of new music acts and the local music scene has been booming for the last couple of years but the reason why it won’t stop soon is because, unlike the crap we hear on the radio that represents the decadence of today’s social moral and values, these bands almost never sound the same. Everyone has something new to offer, their own way of making music, and that is why I deemed it a must to attend Sandmoon’s second album release.

I arrived at the venue and was pleasantly surprised that it was fully packed. Tina fish, one of the well-known faces of the local spoken word scene, was mesmerizing the crowd with verses about her beloved Beirut and lost love. By the time the band took the stage, we were all wind up and ready to hear what they had to offer. And Sandmoon did not disappoint!  From catchy beats that had us stomping our feet and clapping our hands to slow tunes that had us swaying and a guest appearance by the Beirut-based music producer Kneyzer who accompanied them on a couple of songs, our city was alive once again.

About 3 years ago, Sandra Arslanian (singer, songwriter, keyboards) formed Sandmoon, an indie pop/folk band originating from Beirut and released their first album “Raw”. After a series of concerts, the band decided to take a break where it witnessed a major shuffle in the band members and the introduction of a cello to the ensemble. Thus, “Home” was born: A melancholic journey through the awry paths of belonging, broken hearts and lost happiness wrapped in an intricate musical composition pushing the boundaries of each instrument, making the album a pure delight.

Catchy tunes, beautiful lyrics and Sandra’s graceful vocals make the album all worthwhile. We will surely be keeping a close eye on this one!