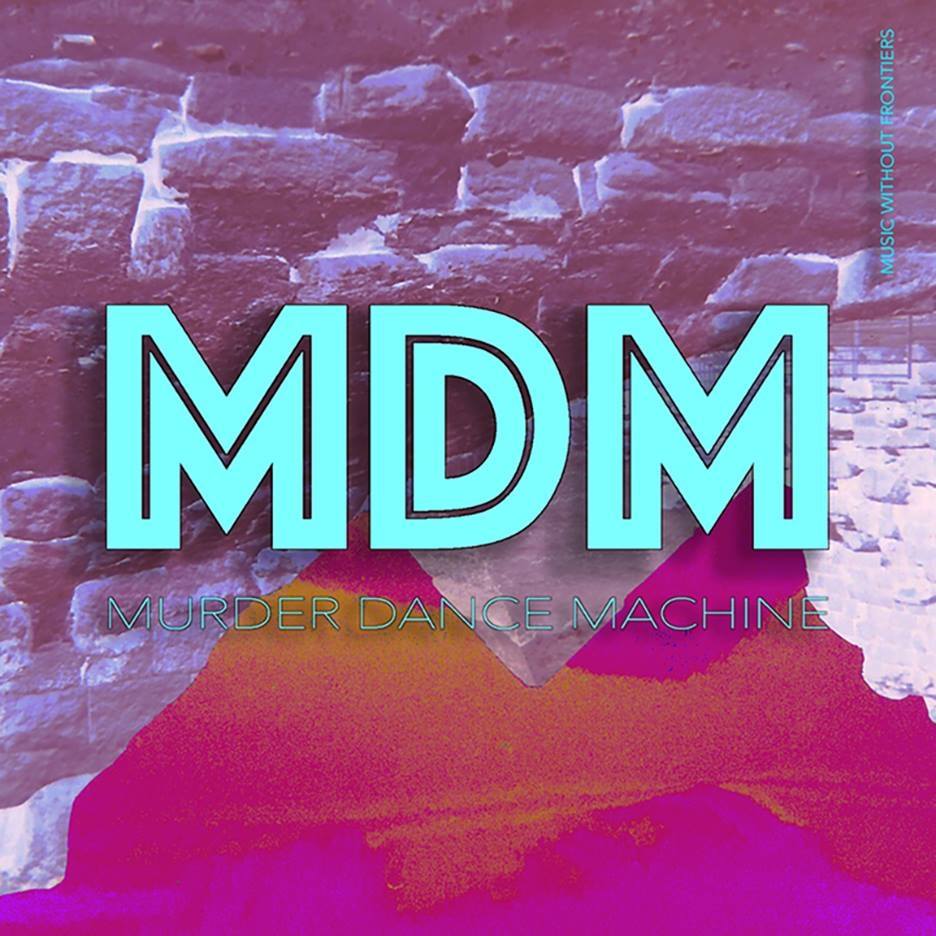 Murder Dance Machine (MDM), a Beirut-based band, is releasing their first full length album on September 30th, 2017. Their sound is exactly what you’d imagine members of an extraterrestrial cult that packed and moved to the Eastern Mediterranean, would sound like. Their inspirations range from krautrock to New Wave, and more.

Ahead of the album release, Joe Haddad (the man behind the machine) compiled a list of 10 songs that shaped the sounds that he created with MDM, and was kind of enough to share it with Revolver.

Before going anywhere near beats and rhythms, the whole point of MDM was to make songwriting the center of attraction. Beyond the flamboyant disco etiquette, the Bee Gees are first and foremost part of our culture sixty years on because they are impeccable composers and vocalists. Strong songwriting will always be the secret ingredient no matter what kind of music you produce, which is why bands like the Bee Gees and ABBA have outlived the disco backlash and have considerably more artistic quota today than their disco peers like, say, Boney M. It was also through repeated listens to their vocals that I started experimenting with harmonies myself, notably on “Stay With Me At Home”, “Zero” and “This Is The Day”. I chose “New York Mining” because it’s a great example of the wonders you can do with virtually no studio embellishment at all if your song is solid.

When you think of dance music production it all goes down to the rhythm section (bass and drums). Before covering Peter Gabriel’s “Games Without Frontiers”, the original plan was to cover “Atomic”. The drums on the Blondie albums of the 70’s and 80’s are gorgeously engineered and they have an excellent drummer, Clem Burke, to execute them. As for the famous guitar riff, it’s one of those irresistible, instantly recognizable tunes that I think any songwriter would like to crack once in his life.

This is 1980. The sacred year. Right after disco and punk and right before new wave, as the prices of synthesizers were dropping, months away of becoming a mainstream phenomenon. Cristina delivered one of the most badass female rock performances in that it sounded nothing like a textbook rock performance. She destroyed a classic song and built it back upside down. She really is an overlooked punk queen and I kept this one on repeat during the production of the album (I was secretly jealous of it). I think it’s the best cover of a Beatles song I’ve ever heard.

MDM was always going to be all about dance music but it was originally going to be almost exclusively electronic. It was only halfway through the album, after recording live bass for “Levant Disco Song”, that we came to realized that post-punk-inspired electric guitars would be a very interesting ingredient in the mix. In “Love Like Blood”, the bass guitar acts like a synth bass, while the guitars do a lot of the job that synths typically do in new wave music: they provide textures. This track fascinates me because it’s as much a rock anthem as it is a punk anthem, a dance anthem, a new wave anthem, a pop anthem and a Goth anthem.

In my opinion, for all the good dance tracks that the acid generation delivered, you’ve got “You Love” that you can throw everything else away for. I can’t think of a better word to describe “Your Love” than “masterpiece”. “Your Love” and other Frankie tracks like “Baby Wants To Ride” and “Children Of The Night” were playing on repeat while I was producing “Games Without Frontiers” (I even ended up sampling “Your Love” on it). It’s undoubtedly the perfect acid track in both form (a lot of high end, spring reverb, syncopated synth bass) and content (explicitly sexual vocal performance, non-narrative moody lyrics). This one almost never leaves my set lists when I DJ.

Around the time MDM tracks developed into an album project, I was listening to a lot of Egyptian music, both from classical and contemporary repertoires (especially the Delta Sound label). When I released “Levant Disco Song” – my homage to Egypt and a bitter and awkwardly comical attack at small-time plagiarizers – some bloke pettily insulted me online for “stealing” that Kraftwerk track. I laughed hard because I was actually doing the exact opposite: there are tons of tunes that the West makes money from that originally belong to us, the Orient, so with “Levant” I wanted the Orient to symbolically borrow from the West. Kraftwerk members are reputed for being overprotective of their music, I agree with them, I applaud them and that’s why I picked them. I researched how much I could legally borrow from it according to SACEM and played around it. Kraftwerk is a band that changed the world several times and their music still sounds relevant half a century on. Of course, that cyber-bully didn’t understand a word of my song and was simply proud of himself for spotting the Kraftwerk reference (which he didn’t even spot, because they’re duly credited everywhere).

Lio is a very underrated punk survivor because, unfortunately, her career was drastically hijacked by her short-tempered manners, as well as her reputation of being “The fruit singer of the 80’s” in French-speaking countries (her other big hit involves plums). Lio was basically a feminist punk-head who recorded bubblegum pop: the combination looks scary on paper but she recorded a bunch of amazing-sounding albums in collaboration with all kinds of geniuses, from Sparks to the Velvet’s John Cale to Gainsbourg… I think this one, “Le Banana Split”, is the perfect amount of punk, pop and space disco condensed in a teeny tiny erotic song. Those drums are among the most incredibly engineered drums I’ve ever, ever heard. I have no idea if the drum track was sped up in post-production or if the drummer is simply a badass but in any case the result is a delight.

Giorgio Moroder is undoubtedly one of the heroes of the MDM album. He and his collaborator Pete Bellotte were visionary sound engineers that sat behind so many vocalists of their time to make sure their beats would stand out everywhere in the world. Some classic disco tracks are forever tainted by the cultural phenomenon – I’m thinking “YMCA” and “I Will Survive”. Others manage to be appropriate in clubs fifty years on without going through any remix process – Giorgio was involved in many of these tracks. I lose interest in him starting from the Philip Oakey album and that bummer of a Metropolis soundtrack but I always go back to albums like “E=MC2” and “Knights In White Satin” with great pleasure.

I think that New Order is the band that I secretly want MDM to be. They will obviously go down in history for a handful of accomplishments but Peter Hook’s bass on the original recording of “Blue Monday” will always top them all. With Peter Hook, the bass suddenly became the storyteller. What a feeling of victory it must have been in 1988 when the mainstream surrendered to “Blue Monday” in a sea of hair-metal douches. Thinking of Peter Hook, MDM was often liberated of the “duty” of having a standard bass line, upgrading it to a more melodic role. Their current live configuration also influenced MDM in staying away from the standard vocals/lead instrument/rhythm section formula. When performing “Blue Monday” today, New Order’s current bassist Tom Chapman replicates Peter Hook’s work: there was no way on Earth that he was going to replace such a monumental riff and basically “invite” everybody to lynch him.

Visage is sadly known to the mainstream as “that band that sang ‘Fade To Grey’ forty years ago”, or, much worse, “that band with that weird singer”. I like to think of them as “new wave’s biggest missed opportunity”: Visage died and resurrected countless times but could never prove itself musically because the peculiar reputation of “Fade To Grey” always preceded it. As I discovered the rest of their work, I was totally obsessed with the cold, effect-saturated production and the clumsily funky synthesizers (especially on tracks like “Night Train” and “The Anvil”). The melody of “The Damned Don’t Cry” is really haunting and the mix is typical of the burgeoning New Wave of 1979-1982 – everything is double-tracked to death, dry drums, sparse panning – and is very similar to the mix of Duran Duran’s “Planet Earth” which was also spinning a lot when the MDM album was being produced.

New Murder Dance Machine videos “Fake” & “This Is The Day”

The album “Music Without Frontiers” will be available online starting September 30 on all major download and/or streaming services including YouTube, SoundCloud, Anghami, Deezer, iTunes and Amazon.