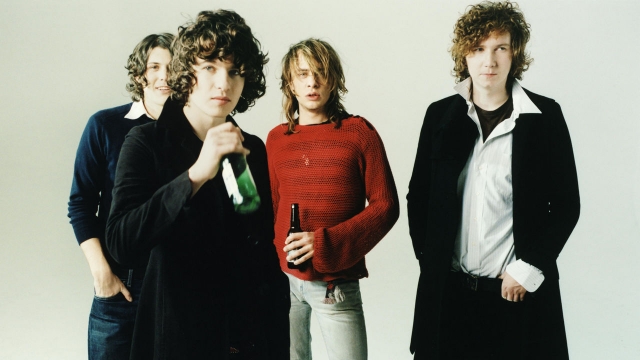 While every artist, fangirl and Odd Future worshipper is having a wicked week at SXSW, we haven’t had so many new releases from the big players. In the hip-hop world, Compton’s YG has really his highly anticipated debut album. The West Coast rapper’s record My Krazy Life is plagued with high-profile guest collaborations from the likes of Drake, Kendrick Lamar and Schoolboy Q. Across the Atlantic, the highly-renowned Polish DJ duo Catz ‘n Dogz have released their new ass-shakingly groovy tech house EP Booty Comes First on Claude VonStroke’s dirtybird label. Catz ‘n Dogz will be stopping by at Station for the Überhaus’ party Nacht on April 5th so make sure to catch their set (they’re a big deal, have a listen to their slightly unconventional Essential Mix here)

Now, let’s assess the best new music of the week to see what tracks are worthy of making an appearance on your ‘Recently Added’ playlist.

The Kooks have released a new song (yeah, remember them? remember that uppity song Naive?), and they’re back with something a bit different, but they haven’t abandoned the uppity indie pop vibe which they built their previous success on. The track is driven by a catchy playful hook of “Down down diggity, dooown down diggity”, and is laced with a jirating rhythm throughout.

The new Jay Electronica song is a beaut to say the least. An emotional orchestral intro is coupled with some sort of radio rip of a storytelling. The accompanied clapping helps the listeners envision themselves at a dinner applauding Jay Electronica reciting his rhymes in a tuxedo followed by LaTonya Givens’ soul verse. A free download is found in the description of the Soundcloud link above, and I do advise/foresee that you keep this and fall in love with it.

This next track would easily make the same playlist of ‘chill hip-hop’ that would include the Jay Electronica track. @Peace (no, I’m not linking you to his twitter account) sings and raps over this soothingly jazzy beat, and his flow accelerates with the pace of the instruments. His verse-spitting is very reminiscent of Kendrick Lamar and Danny Brown, but his singing sounds very akin to a pitched down Syd Tha Kid. If you liked the last two tracks, I highly recommend you download the album Feel Good by The Internet, an aptly named collection of soulful hip-hop.

2. Friendly Fires & The Asphodells – Before Your Eyes

Indie dance outfit Friendly Fires (remember Jump In The Pool, Paris, and Blue Cassette?) have released a track with producers Andrew Weatherall and Timothy J. Fairplay (aka The Asphodells).  This collaboration came as a result of the group of musicians convening in an east London pub to discuss collaborating on new music together. They had a plan to produce music that came from a place “outside of their respective usual musical styles”, and the product is eight minutes of hypnotic bliss with the same voice that promised us that one day, we’re gonna live, in Paris.

The best find, though, has to be this. The track off the forthcoming EP is a display of the frontman’s soulfully fragile vocals over chords of a grand piano. The song then introduces the powerful chorus with a hint of Foals. This isn’t exactly one of the most musically intricate pieces, but it comes to show how simplicity can create something so beautiful and emotionally lingering. The only reason this won’t be a hit is because it won’t have the proper promotional backing, but this band can easily make the next FIFA soundtrack.