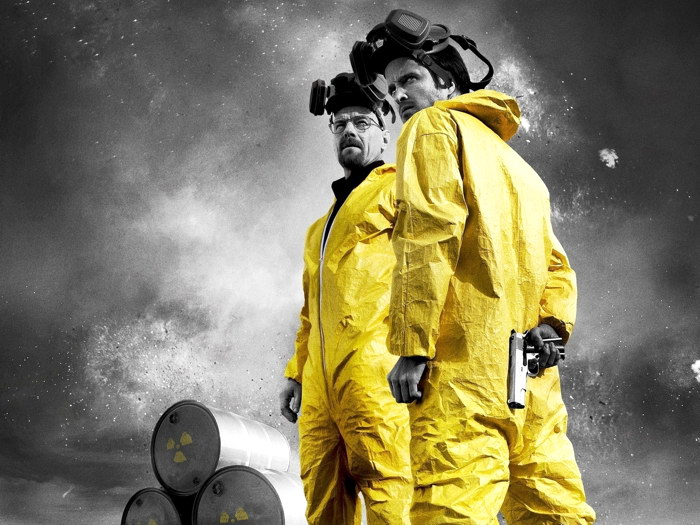 You know what was so brilliant about Breaking Bad aside from the plot, the impeccable acting of Pinkman and the brain, the attention to detail, and everything? The music! The wolf of Albuquerque we love wouldn‘t have been the same if it weren’t for Thomas Golubić (music supervisor) and Vince Gilligan’s genius selection of tracks.

There are numerous tracks that we absolutely love from Mozart to Stan Getz and Coltrane so this is by no means a “top songs” list but some of my favorites in terms of capturing the moment and setting the tone of the series.

Subtle dark comedy at its best.

In the desert, Heisenberg, Jesse, Tuco and the kind of song you replay, bitch.

11. Stay On The Outside- Whitey

Have you seen this ricin cigarette?

9. Take My True Love by the Hand – The Limeliters

A flawless choice for arguably one of the best episodes in TV history.

No song captures “Death Professor’s” irredeemable descent into darkness better than this.

Thanks to Breaking Bad this song plays in my head whenever I’m about to finish my chicken tenders.

Let’s call it The Mike Ballad.

“I saved your life Jesse, are you gonna save mine?”

This 90’s complete-girl-makeover like montage (only it’s about dealing meth and laundering money) is one of the most terrific scenes.

Gilligan first knew the song 30 years before the show and when he heard it again on the radio while heading to work he knew he had to use it. And boy we’re glad he did!

“I guess I got what I deserved… I would show the special love I have for you, my baby blue”

No song could possibly fit the soul-crushing finale better.

Now if you’re some sort of philanthropist by day crime fighter by night and you really don’t have time to watch the 5 seasons just take 4:20 min and listen to this, you’ll get the story.

Felina also an anagram for Finale. Also Fe/Li/Na as in Blood, Meth and Tears. (Yes, we all should go hit our 9th grade chemistry book again)

Akh, how awesome was Breaking Bad?

Not exactly part of the soundtrack but Line of Fire by Junip (José González <3 and Tobias Winterkorn) fit the finale promo perfectly.