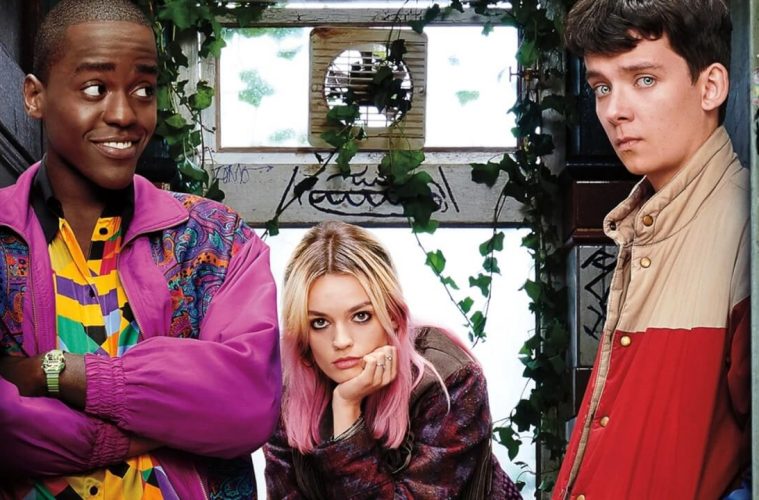 Netflix’s original series have been getting a lot of attention lately. One of the series that really created a buzz is Sex Education, straight from the UK.

The characters’ journey to self-discovery and sexual awakening is accentuated by the soundtrack that’s just as diverse as the cast is. Evidently, we’re laying out our favorite songs from the series after a long quarrel over which songs to feature. The result is a two-toned list of top 10 songs, accompanied by short two-toned descriptions explaining why we like each one.

Without further ado, below is the list of the top 10 songs from Sex Education (in no particular order).

—by Nour Hassoun and Yara Mrad

A scene that feels like it’s coming straight out of a show like Glee. This song gives the entire sequence great replay value, with every rewatch being even more fun than the last one as you sing alongside the cast. The perfect transition from cast-singing to the original song after the kiss is a great touch, too.

2. Give Up the Funk – Parliament

One of the earliest scenes showing just how good Otis’ friendship is with Eric. It’s a lighthearted montage, with some great dance moves from everyone’s favorite orange cone. So it’s near impossible to watch this without having a smile on your face.

3. Body Was Made – Ezra Furman

This song kicks in right after one of the most memorable scenes of the season. All students come together to protect the identity of the victim of a photo leak, holding hands and claiming the photos are theirs. With wide smiles on their faces, the guitar riff kicks in, signalling the incoming credits in a great end to an episode.

In a wonderful moment of soul healing, Eric’s arc comes full circle after his struggles with being an openly queer black person are resolved – and in a church out of all places. The scene promotes acceptance, love, and family as a key part in accepting oneself, and the song fits perfectly.

5. The Origin of Love (Cast Band Version) – Hedwig and the Angry Inch

And finally, in an uplifting display of friendship, this song plays as Otis and Eric dance together, leaving their differences behind. There’s just something very heartwarming about watching a straight and a gay teenager holding hands and hugging. Despite all their differences, they came together and danced to this song. And the original is conveniently part of a musical about a transgender rock and roll singer.

6. F**K All the Perfect People – Chip Taylor & The New Ukrainians

After the eventful party, Eric tells Adam how he thinks they’re different but they’re both the same. In a perfect world, this could be the first moment they shared together and “Fuck All the Perfect People” could be their song.

Maeve calls off the sessions during her little chat with Otis. But when she gets home, she takes a look at the stack of overdue bills, foreshadowing the return of the clinic.

7. I Can’t Get No Satisfaction – Devo

Probably one of the funniest scenes: Otis and Lily trying to have sex. When all fails, Lily decides to bring out her wild side by setting the mood with an appropriate song and shaking things up (literally – unless you call that dancing).

Behold the most unexpected scene in the entire season: Adam and Eric getting steamy in the music room. Now we know why Adam spent most of the episode bullying Eric… he likes him. Detention can be fun and eye-opening sometimes.

Sounds familiar? It’s cause it’s featured on one of our Delorian Tapes! Check it out here.

Rambling, babbling, bam! Otis’ first kiss. Here to witness it is Meave. After finding Otis’ sweater in her bedroom and having an intimate moment with it, she decides to return it to him (at the wrong time).