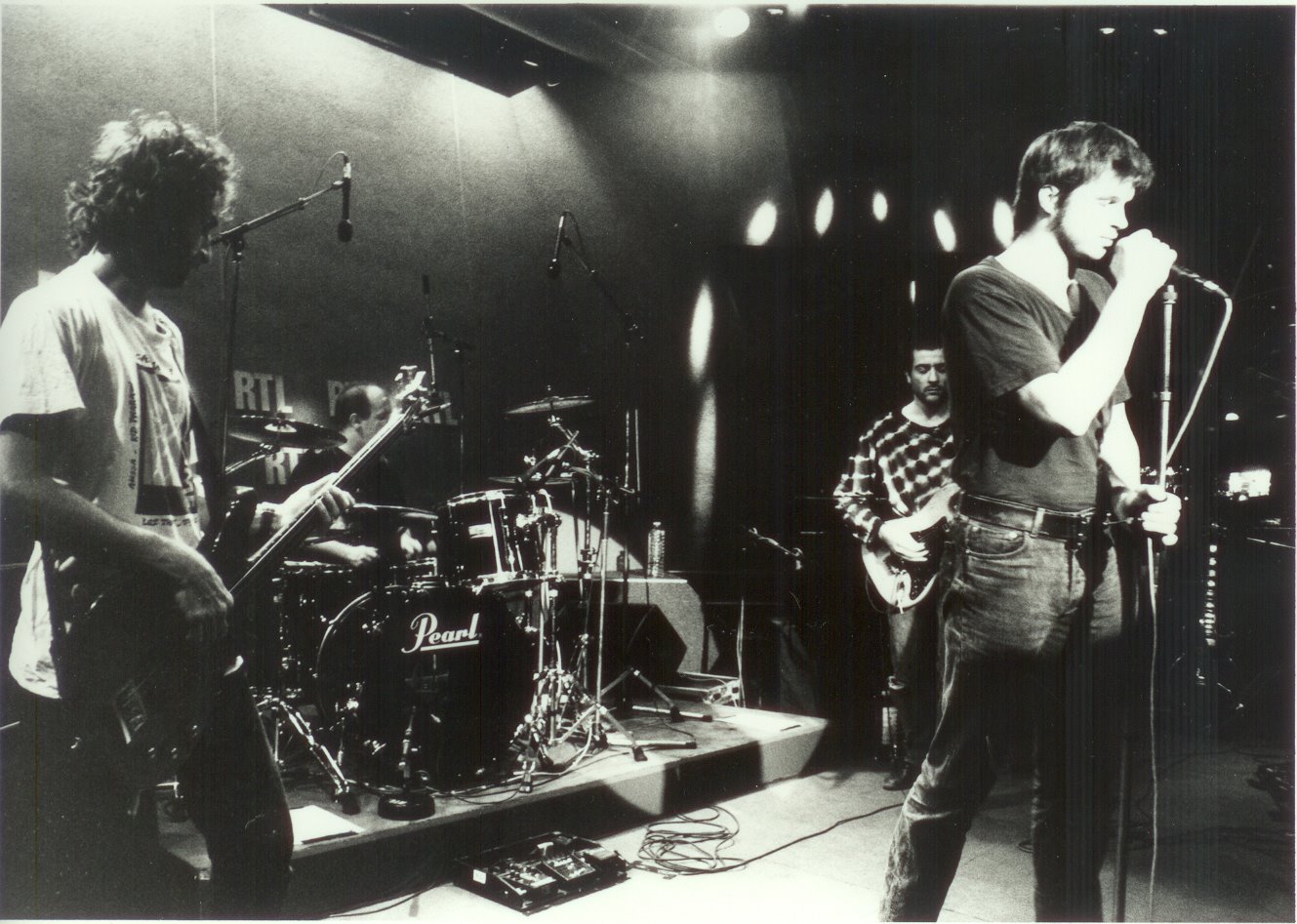 
Whenever speaking of Noir Désir, we can’t help but instantly hum “Le Vent Nous Portera”. However, way before that song became a rather common favorite, the group established itself as a leading rock band from the buzzing 80s French scene, with musical influences such as The Beatles, Led Zeppelin, The Velvet Underground, Joy Division, King Crimson, Nick Cave, Jacques Brel and Georges Brassens, and literary innuendos from De Nerval, Prevert, Marquis de Sade, Poe, Maiakovsky, Apollinaire…etc.

Formed in Bordeaux in 1980, mainly by Bertrand Cantat and Serge Teyssot-Gay, the group also included a bunch of roadies for Peter Gabriel, displaying a clear admiration for The Doors, especially with Cantat’s stage presence that was molded after Jim Morrison’s, marking their debut with “Où veux-tu qu’je r’garde ?”(1987) and “Veuillez rendre l’âme (à qui elle appartient)”(1989).
The band starts meeting success in between 1989 and 1995, mainly with “Du Ciment Sous Les Plaines”(1991) and “Tostaky”(1992), cultivating a certain darker tone that would furthermore classify them among the growling underground movement, using noisecore material and raw lyricism.

Lead by Cantat’s glaucous stage presence, they take a musically mature turn, with “666.667 Club”(1996) and with -what would be their epilogue- “Des Visages, Des Figures”(2001); Cantat sings effortlessly, as if detached from earthly wordliness, with the very same poetry our literary ancestors have used to stretch out canvases for dark minds and sorrowful souls, accompanied with melifluous sounds, while garnering accolades from both the public and critics.
In 2002, “Le Vent Nous Portera” is classified third in France, becoming iconic, and granting them a final yet steady imprint, as “Des Visages, Des Figures” becomes the band’s second nature, to only live shortly; Cantat is convicted of murdering his then girlfriend, resulting in his incarceration and the temporary disbandment of Noir Désir, both lasting 8 years, before a faint effort in putting back together the band in 2010 and releasing two songs online. The band eventually announces an official break-up, with Serge Teyssot-Gay labeling the artistry “indecent” and citing “emotional, human and musical discord”.

Noir Désir has since, left a particular after-taste of obscure undertones infused with distilled rock music, and our only consolation is returning every now and then to some of their solid songs, found below.

13. The Partisan (With Leonard Cohen)