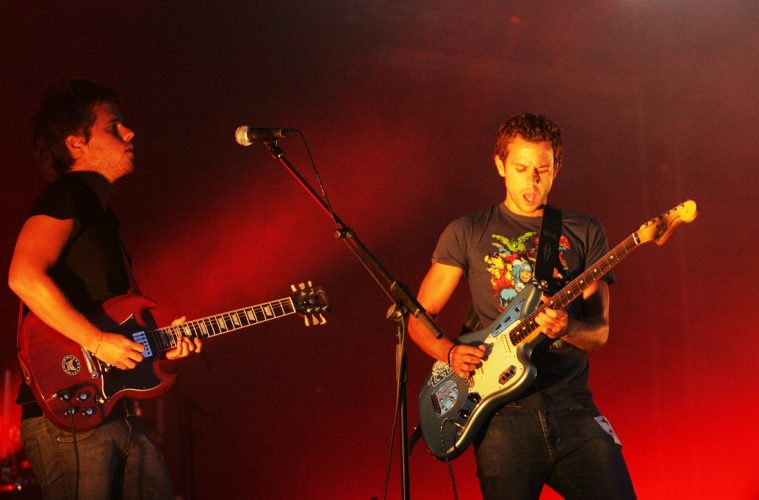 M83 is back on September 20 with a new album. Digital Shades Vol.2 (DSVII) will follow up Digital Shades Vol.1, 12 years later. To prepare for the release, we have selected our 15 favorite songs by the French band led by Anthony Gonzalez. The list is in random order.

My Tears Are Becoming A Sea

Hurry Up, We’re Dreaming is the go-to album for new fans. While ‘Midnight City’ is the most accessible, we prefer some darker, more emotional songs. ‘My Tears Are Becoming a Sea’ has everything M83 is good at: haunting voice, spacy melody and emotional outro.

On a whole other register, ‘Go!’ from the album Junk. On this last one, Anthony Gonzalez went all pop, while keeping the quality of his music. People often disagree on it, but it is a danceable, groovy pop song punctuated with a great guitar solo.

We Own The Sky

Some fans might disagree with the statement about Hurry Up, We’re Dreaming. Indeed, Saturdays = Youth is an amazing album with many great songs. ‘We Own The Sky’ could easily be the link between the two albums: it fits perfectly on its own album, but has a perceptible HUWD feeling. The repetitive outro “It’s Coming, It’s Coming Out” is hypnotizing.

We couldn’t do this list without including a song from Digital Shades Vol.1 so that you can know what to expect from their next album. This is what M83 does best: instrumental, passionate, moving songs that make an explosion of sounds and emotions.

Another one from Digital Shades Vol.1, so that you really prepare yourself for what is coming (yes, we are very excited about the release!) This one takes more time to take off but you don’t even feel it, you just get submerged with the beauty of it. It’s a great song to put on a loop when studying or stargazing.

Another one from HUWD, still musically amazing but less emotional than ‘My Tears Are Becoming A Sea’ (or ‘Splendor’, or ‘Outro’…) This one will get your heartbeats to a higher level. “I Woke Up Stronger Than Ever” he sings. Are you ready for this new day?

Their best albums didn’t come out of nowhere. ‘Sitting’ is an instrumental song from their first eponym album from 2001. So moving, perfect for a party! It’s not random that they played it on their last tour, and amazingly well so. The bridge on the song is so exciting.

This one is from 2019! Taken from the soundtrack of Anthony’s brother’s movie, ‘Knife + Heart’. It’s a bit different but you can recognize Anthony’s touch. It sounds very fresh. 18 years passed between ‘Sitting’ and ‘Detective Rachid’. Follow it with ‘La Flicaille’ from the same album, and you’ll get hooked.

Another song, another album. ‘0078H’, from Dead Cities, Red Seas & Lost Ghosts is yet another facet of M83, with lots of electronic beats and glitches. The album seems more experimental but is still a great one.

Lower Your Eyelids to Die With The Sun

This is the last album to present on this list (except two other soundtracks: Oblivion and You And The Night): Before The Dawn Heals Us. M83 chose this song as a closer for most of their setlists on their last tour. It seems calm, but it evolves and is rendered amazingly well live.

Another fan favorite! ‘Wait’ is the quintessential emotional M83 song. It is so calm, soothing and musically well-produced. It gives another dimension to Hurry Up, We’re Dreaming.

‘Teen Angst’ is also a favorite for many of the older fans. In a way, it is full of hope. You can hear some shoegaze so if you like the genre, go for it.

On a White Lake, Near a Green Mountain

As the title suggests, this one is a trip. It is a lullaby for your dreams. Every little sound is anything but random, contributing to the grandeur and majesty of the song.

‘Solitude’ is a less poppy song from Junk. It is close to ‘Splendor’ on HUWD. Again, very calm, with the violin, slow guitar solo and amazing outro.

I could not put on a pedestal all of M83’s outros without writing about the actual song, ‘Outro’. It closes Hurry Up, We’re Dreaming in the best way imaginable. It is an emotional, beautiful song that transcends you, with five sentences as lyrics:

“I’m the king of my own land
Facing tempests of dust, I’ll fight until the end
Creatures of my dreams, raise up and dance with me
Now and forever
I’m your king”