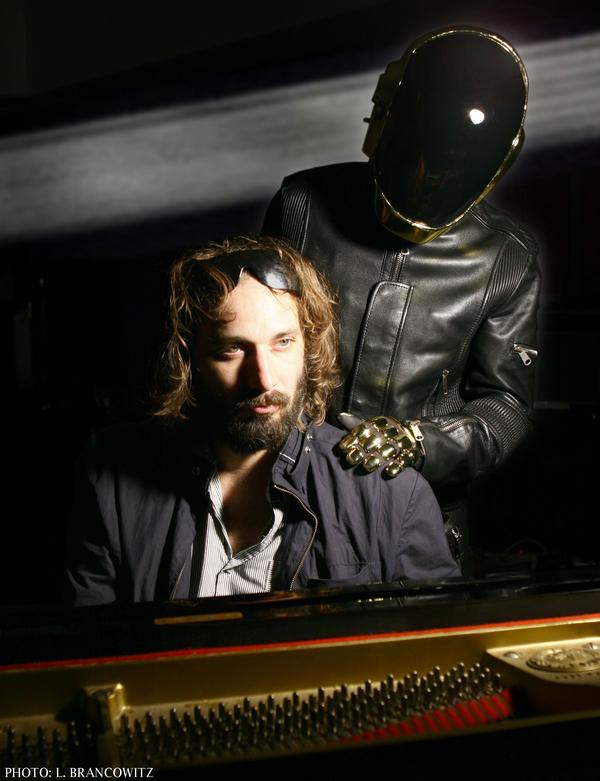 French Just Do It Better: Best of the French Electro Scene

My electro music education has been based on music labels Nova Tunes and How to Kill The DJ. The latter led me to discover big notorieties on the Parisian electronic underground scene Ivan Smagghe and Chloe, and then 2 Many Djs/Soulwax (even though those dudes are belgians, same shit though).

Since then, I discovered a lot of other French kids spinning sickness such as SportoKantes, Kid Loco, Etienne de Crecy, C2C, etc.

In alphabetical order, below is a list of my 16 favorite French musicians that play electro, trip-hop or indie rock. I included my favorite track for each of the mentioned artists, which wasn’t exactly an easy process.

[A contribution from Silly Goon. Check out her blog for more on Indie Rock and Electro]

Air is a duo originally from Versailles. Their name is a backronym for Amour, Imagination, Rêve (Love, Imagination, Dream). Their sound is always very peaceful, slow-paced and chill, it can be really soothing.
Being a huge fan of Air since the 90s, it is very hard to choose a favorite song. They have so many great tracks: Playground Love (the main soundtrack song from The Virgin Suicides), Run, Cherry Blossom Girl, La Femme d’Argent, All I Need, African Velvet, Lucky but Unhappy and the list goes on.

I choose Run with Playground Love (as the runner-up) so that you understand what soothing effect they can do to your mind.

As a runner-up, this is Arcades:

They really do a great job with this track and video: F-U-Y-A

Chinese Man is a french collective from Aix-en-Provence with sounds influenced by hip hop, funk, dub, reggae jazz and electro.

A mix of all of those influences is what I’d like to call trip hop. This is Ordinary Man:

Chloe is the co-founder and one of the main artists in the music label Kill The DJ. Her genre is referenced as “minimal electro” and her album “I Hate Dancing” is definitely a classic.  Here’s “Take Care” from that album, it should give you an accurate idea of what she really is.

No need to introduce Daft Punk (well, you know, it’s 2013) as for Kavinsky, you should check out the soundtrack of the movie Drive.

Daft Punk and Kavinsky had the brilliant idea to collaborate together and the product of that collaboration does meet what you would expect from such high caliber artists putting their heads together.

I also want to share with you the music video Around the World, which was directed by the French director Michel Gondry. Watch this video while keeping in mind that it was made for deaf people. Ironic? I know.

Etienne Bernard Marie is an electro and house DJ. One peculiar thing about this guy and his performances is his DJ box called The Cube. The video below elaborates further this phenomenon further:

You probably know Raid the Radio back in 2010, so I will share with you “Tu m’intrigues” from Nova Tunes:

Ivan Smagghe is one of the prominent artists from Kill the DJ alongside Chloe.

Aside from that, and quoting Amazon, “Ivan Smagghe is the most notorious and daring figure of the Parisian electronic underground” and “as hard boiled as snotty, as sleepless as tasteful”. His genre is known best as minimal electro (like Chloe).

His work in action:

I was first introduced to Justice with their catchy tune “We are your friends, you will never be alone again!” then with their visually expressive video clip D.A.N.C.E.

Other awesome tunes are more upbeat, to say the least, like Waters of Nazareth and DVNO. My obsession, however, is this 17 minute pure electro bliss, Planisphere:

Kid Loco is a trip hop DJ from Hauts-de-Seine called Jean-Yves Prieur. His song Youpi still rocks my world even years after its release. Also, his album “A Grand Love Story” is a landmark in this genre.

first listen, and we all got hooked on Lisztomania at some point.

Yep, they’re French! They are Anthony Gonzalez and Nicolas Fromageau from Antibes.

You must have heard already Midnight City, that I discovered personally through Pitchfork.

I chose We Own The Sky, a very chill track:

Make the Girl Dance is a duo composed of Greg Kozo and Pierre Mathieu, made famous with their first single “Baby Baby Baby”.

The video of that single made quite a few heads turn on one sunny day in Rue Montorgueil, Paris, in 2009:

Sebastian Akchoté-Bozovic from Boulogne is a DJ and also a producer for artists such as Kavinsky. He is also a film-music composer, and a remixer for bands such as Daft Punk, Beastie Boys and Bloc Party. His tracks have been also used on television and in video games.

Embody would be my choice for Sebastian:

Sebastien Tellier is a multi-instrumentalist and he sings in French, English and Italian (he obviously rocks already).

Aside from his most popular song La Ritournelle, I love all the tracks from his album Sexuality such as Divine, Fingers of Steel, Kilometer, Look, Roche, etc.

My favorite song is Look with this famous clip directed by Mrzyk and Moriceau, along with Roche as runner-up.

Their tunes remind me so much of my Parisian days. I would listen to Slits trying to actually wake up, in the metro on my way to work, Liquid and Lee when I would hop on the Eurostar to escape the city.

My favorite one from all his tracks remain:

Wax Taylor is Jean-Christophe Le Saoût and he is a huge influencer in trip hop and turntablism in France.

His cover version of Que Sera is a masterpiece:

For other music discoveries in electro, trip hop and indie rock, you can check my blog: http://sillygoon.com/