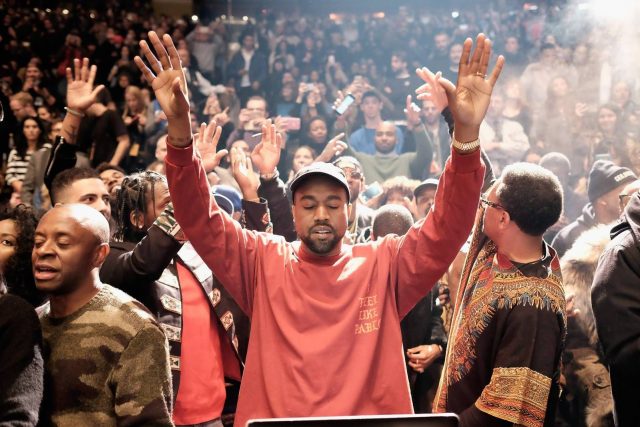 It’s no secret that Kanye West has been a topic of heavy controversy in the hip-hop world. Musically, it started after the release of his album Yeezus, which was a subject of large criticism due to its highly experimental edge, sparking the large notion of “we miss the old Kanye” amongst fans and rap critics. Even though his subsequent album, The Life of Pablo, was more loved (and included a direct address to “the old Kanye” issue via a song), the criticism still persisted. Especially most recently, after he dropped his single Lift Yourself  where he seemed to be repeating the word ‘poop’ over and over again, creating yet another set of question marks amongst his large fan base. Apart from his music, his recent comeback to Twitter sparked enormous backlash as a result of his tweets  that were in support of Trump and his administration, as well as his latest TMZ interview, where he received endless criticism over his statement that ‘slavery was a choice’ – not to mention the numerous times (in the past) where he had beaten up paparazzi crews and smashed their cameras, as well as notoriously interrupting Taylor Swift’s speech at the Grammy’s.

What the hell are you doing?

Nonetheless, we can’t forget that Yeezy has been a pioneer in the hip hop industry from writing to producing and performing. Even though his recent years might have proven the opposite to some people, here are 10 songs to remind us that Kanye is, in fact, one of the greatest.

I think we all had, at some point, put up a status on MSN that said: “How could you be so heartless?”. This song (and album) is a timeless Kanye gem, and can even still be heard on the radio sometimes, to this day.

This track is off of Ye’s first album, College Dropout. It has one of Kanye’s best bars ever: “Couldn’t afford a car so she named her daughter Alexus”

The electronic edge added by the amazing Daft Punk to this song is everything.

Another classic by Yeezy. It was very much loved, not just for the song itself, but also for its stunning music video.

[Another] Fun fact: Ramin Djawadi, famous for composing the Game of Thrones soundtrack, sampled Runaway to compose a track for the second season of HBO’s Westworld soundtrack.

Admit it, this song makes you feel like you own a Lambo.

Kanye is featured in this one by the British artist Estelle. Nonetheless, it’s still a Kanye favourite!

Featuring the one and only, Coldplay’s Chris Martin.

This one is a classic, hands down.

West is allegedly dropping a new solo album on June 1st , and also has an upcoming collaborative album with Kid Cudi releasing later in the summer.