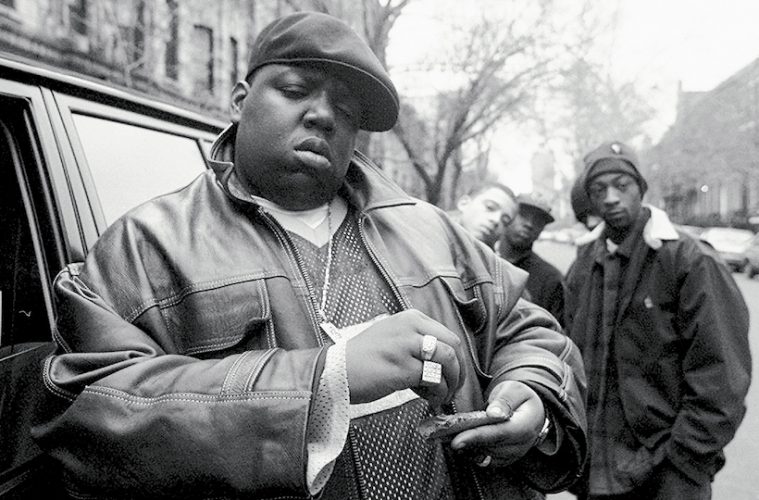 If you’re ever in the Big Apple, it’s never a bad idea to breakout your Airpods (not a sponsored message), and put on your most badass playlist, just so you can really fit in with the rest of the city — who also have their earphones on, and are looking pissed off, and always in a hurry.

It goes without saying that New York bred some of rap’s baddest, and most incredible icons — from Biggie Smalls (aka Notorious B.I.G. aka Biggie), to Nas, Rakim, Jay-Z, and Diddy. With that being said, welcome to my guide of what to listen to — and what to simultaneously see, when you’re in the city that never sleeps (no, you will not find Alicia Keys’s Empire State of Mind on this list.):

The perfect background music for you as soon as you step out of JFK (or Newark or Laguardia) — the song starts with a greeting from the one and only Jay-Z, welcoming you to his city. Doesn’t get better than this now, does it? Your first stop? Times Square.

Don’t be surprised if you find that there is some sort of rivalry (nothing violent) between the New Yorkan boroughs, and the legendary Mos Def made sure to stand his ground, and be proud of his Brooklynite upbringing. On another (touristic) note, the Brooklyn Bridge is nice and all, but trust me, the Brooklyn Promenade is even better.

This beautiful, toned down song by Haiti-native Wyclef Jean, is about the (still relevant) immigrant experience, and what it’s like to make it in the U.S. of A. Make sure you look up at the sky-high Manhattan skyscrapers while listening to this equally uplifting tune.

If you know your hip-hop, you may have seen this one coming. I bring you Nas, with his New York classic. You may have heard Kendrick spit the line I don’t sleep, cause sleep is the cousin of death — he actually sampled that from this song. Nas comes from Crown Heights, and so, if you’re ever there, make sure you check out the Caribbean food scene over there.

Overlooking female rap queen Lil Kim would be close to sin. This song is Lil Kim cautioning people about the dangers of Brooklyn, being a Bed-Stuy local herself — a notorious area in BK, that being said, listen to Lil Kim, and always stay vigilant while going around neighbourhoods.

It doesn’t get more New York than this. The two rappers have done their major part in putting (specifically) Brooklyn on the map, with both of them being BK natives. This iconic collaboration should automatically belong on your Brooklyn playlist — and make sure you hit Lucali Pizza (Jay-Z’s favourite Brooklyn pizza spot) while you’re at it.

7. South Bronx by Boogie Down Productions:

It’s said that rap really took off in the Bronx area of New York, and it’s only right to pay homage to it. If you’re ever in there, though, make sure to visit the Yankee Stadium, the Bronx Zoo, and the Botanical Garden — with BDP playing in your ears, of course.

It’s really the story of modern-day America, seen from Brooklyn’s very own.

10. New York, I Love You But You’re Bringing Me Down by LCD Soundsystem:

Fine, this song isn’t a rap, but it’s definitely the perfect tune for when you’re depressed in the car (or subway), about to go to the airport and leave the Big Apple. This is a testament of torturous love towards the best city in the world — make sure you don’t leave without having one last NY Style Bagel, though.