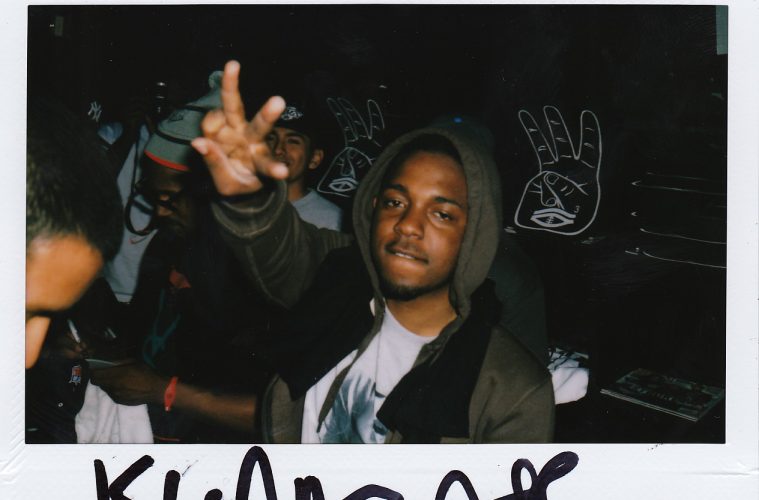 Last year, Kendrick Lamar released his fourth studio album, DAMN., which gave us the beloved (and mainly radio hit) HUMBLE., along with a whole track list of rap gems that made DAMN. an instant classic — (though To Pimp A Butterfly is my personal favourite album, but that’s just me.)

What many of us millennials do not know, is that Kendrick hasn’t always been Kendrick — that’s right. Blood, sweat, and tears went into the making of this glorious rapper’s career. Though it seemed like his gift of incredible flow is heaven-sent, Lamar has been rapping as early as 2003, and started performing under the pseudonym K-Dot, putting out mixtapes where he effortlessly shows his rap-god potential.

Fast forward to 2010, Kendrick dropped the K-Dot name, and released his first studio album Section.80 as Kendrick Lamar in 2011, and.. well.. the rest is history.

Allow me to take you back, or maybe even introduce you, to K-Dot (and really early Kendrick Lamar) — whom you will absolutely love (if it’s possible to love him even more):-

Fresh off of his first mixtapes, Training Day, K-Dot raps over Biggie’s controversial Who Shot Ya track, showing excellent rhyme technique, only at around 18 years old.

Featuring BJ the Chicago Kid, this songs deals with stories about keeping the faith through hard times.

Back to the K-Dot phase, this song features a sample from Jay-Z 99’s Problems, brilliantly incorporated with K’s original lyrics and smooth flow.

As this song is sung over the late hip-hop legend producer J. Dilla’s instrumental “Believe in God”, K-Dot explores mortality, and delves into what it really is. Even in his early days, Lamar showed signs of a true poet.

Overly Dedicated was the EP that really put Kendrick Lamar on the map — especially with The Heart pt. 2 gaining endless praise. Average Joe, however, tends to be slept-on; it’s a song that’s actually about life in the notorious Compton (where Kendrick grew up), and how people might get sucked into that dangerous environment. This song was actually an early concept for Lamar’s second, record-breaking studio album Good Kid, M.A.A.D. city whose theme revolves around being a good kid, in a bad environment.

The instrumentals and style of this song are very similar to the song For Free off of To Pimp A Butterfly, with it’s jazzy instrumentals and Ab-Soul, along with Kendrick spitting crazy rhymes, going over all of the messages that were conveyed throughout the whole record. Come to think about it, this song may have fit in much more on To Pimp A Butterfly, where the recurring melodies of all the songs are jazzy.