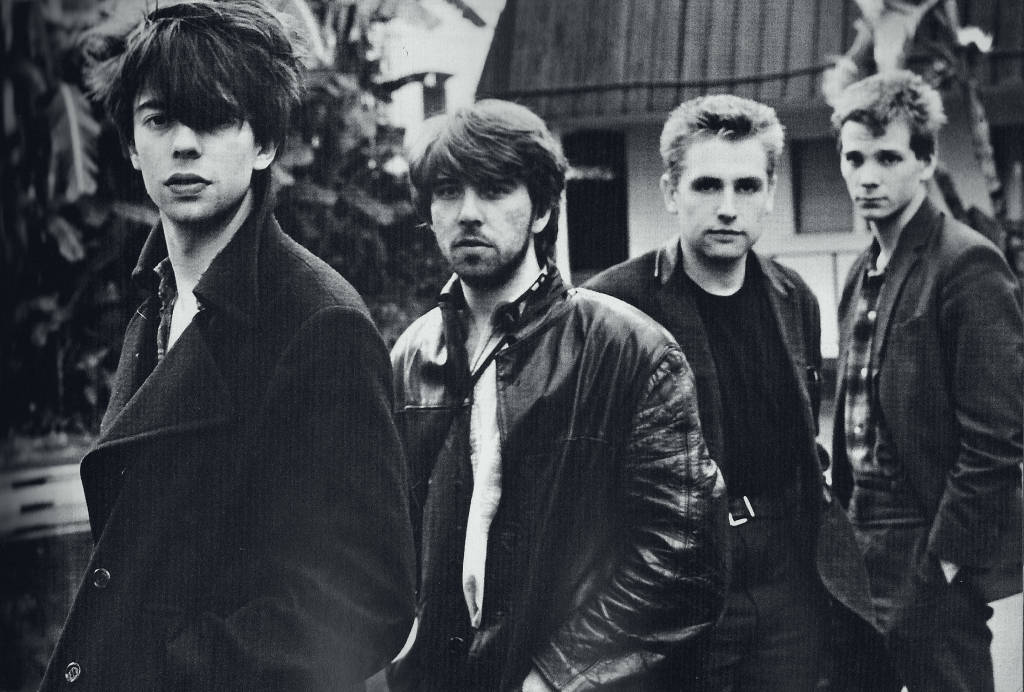 Liverpool. 1980’s. Maggie Thatcher. Crisis. High unemployment rates. As the 80’s saying cites, if you’re from Liverpool and wanna make it big, you’d have to be a musician or a footballer. And these were sh*t at football. Arguably the first Liverpool band to make it big since The Beatles, Echo and the Bunnymen was formed by Ian McCulloch after leaving the super-trio that was The Crucial Three (the other two members were Julian Cope who founded the critically and commercially brilliant Teardrop Explodes, and Pete Wylie who went on to be a local legend). This band set the scene and standards for the area in the 80’s. Everyone wanted to look and sound like Echo and the Bunnymen.

Here are my favourite 15 tunes.

Not my best tune ever, but the violins/cello alone earned it a top 15 spot. I was not around then but I’ve heard some say it’s their most memorable tune of ’82.

The music in this one is flawless. Catchy chorus, perfect solos. Great song.

The riff. That is all.

Opening track for one of the most successful albums of the 80’s. Pure brilliance. If The Beatles had released Sgt Peppers in the 80’s it would have sounded like this. Not sure there’s any flaw in this song. Proper Macca vocals, and get on this extended 12″ version. Best backing track of the 80’s?

For the first 30 seconds, you’re waiting for hell to unravel, and you hear exactly what your mind’s been looking for when Will Sergeant’s riff takes over. This song kicks off the band’s most critically praised record in the most beautifully dark of ways. (NME’s best 1981 album)

You have to be from Liverpool to write a tune like this. This Mersey-inspired sea song was recorded using a 35-piece orchestra, and set Bunnymen apart from the rest of the post-punk era artists. The vocals are out of this world, the string arrangements are heavenly sent and Will Sergeant’s gentle and note perfect guitar is f*ckin spot on. This song alone got enough reasons to buy proper headphones.

Best album opener ever? Pattinson’s crescendoed bass and De Freitas’ fading in percussion make way for Seargeant’s poignant guitar and Macca’s first Bunnymen words. How this song is not featured in famous movies is above me. (it’s in Awaydays’ soundtrack, but I’d never recommend that movie to anyone; unless you’re from the sh*thole that the Wirral is)

Post-punk at its best. Joy Division who?

The only song here that’s not from one of the first four albums. This one is off ‘Echo & the Bunnymen’, a really poor, below average record that led to the end of the group (they’d eventually reform a decade later). But what a tune. Defo the Bunnymen’s catchiest song. McCulloch’s triumphant vocals are only bettered by Sergeant’s surreal guitar solo brilliance.

One of the band’s couple of famous songs. The main reason why Porcupine went straight to #2 in the UK charts, and a valid proof that Ian McCulloch is one of the best singers/songwriters of his generation.

One of my favourite songs ever recorded. It’s only #2 in this list because I didn’t want to disturb music history. 3 minutes of pure greatness. I could listen to this all-day long on repeat and still receive the same energy. I’ve been here, there and everywhere.

Okay, if you only know this song from Donnie Darko, or a TV show, or a TV ad, you can fuckin do one. Very few will argue with the fact that it’s one of the best songs ever written. It was this song that brought fame and attention to the group. McCulloch’s lyrics and vocals are second to none, and did I already mention that Will Sergeant’s solos are note perfect? Well, the one in this track is. If these lads were from Manchester, McCulloch and Sergeant would be in the same breath as Morrissey and Marr, if not bigger. And this tune is an amateur’s proof to that.

Songs like this can ruin your life. The Killing Moon is the epitome of greatness.