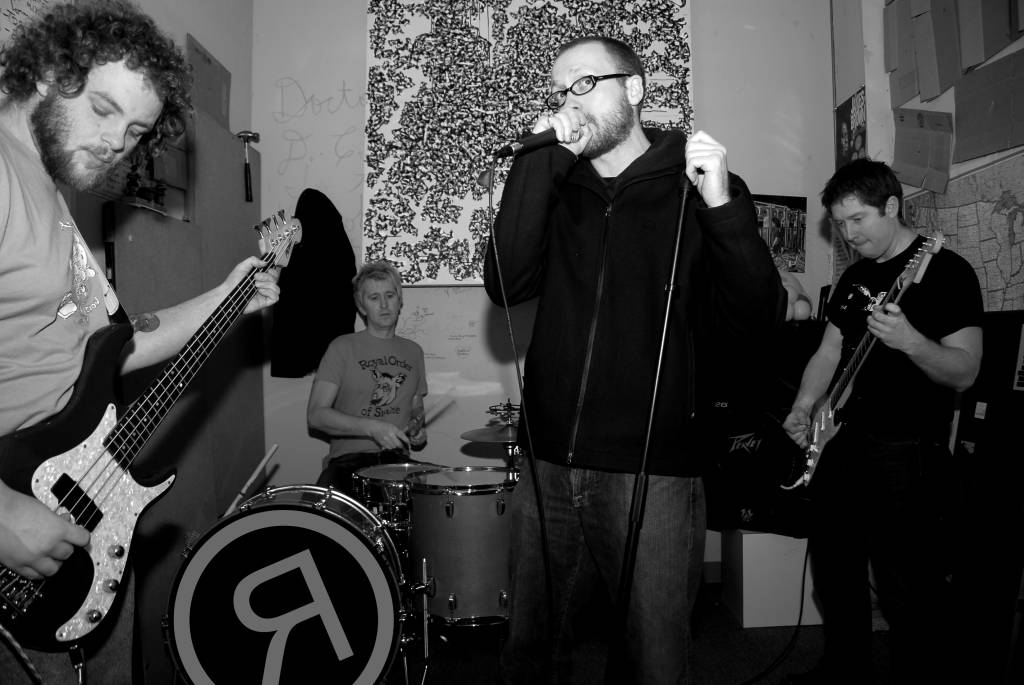 Rap: a great genre. Rock: also a great genre. Rap rock: a volatile mixture that can either go down incredibly well or horribly wrong. Rock and rap fans alike have often been divided by this radical fusion of styles. Bands such as Linkin Park and Limp Bizkit have been praised by some and reviled by others. As a fan of both rock and rap music, I must inform the masses that there have been some fusions of the two genres that were very awesome.

Here are five rap rock fusions that do not suck one bit.

First up, the Red Hot Chili Peppers, who made it for their earlier work, which featured lead vocalist Anthony Keidis delivering his lyrics in more of a spoken-rap form in contrast to his later melodic style. Keidis has actually cited Grandmaster Flash and The Furious Five as an inspiration to his delivery, namely their iconic track The Message.  It’s actually very logical if you think about it: the RHCP sound is heavily influenced by funk, and so is hip hop, so there was bound to be an intersection somewhere down the line. Like I said, Keidis has since abandoned the rapping, but when he was on it, he sure had the right attitude…

This is an obscure band who didn’t have such a prominent or prosperous lifespan, so they won’t be popping up in many “rap rock” Google searches, but that’s why I’m here isn’t it? Optimus Rhyme (awww yeah!) were a band whose rock side was on the indie-funk while their rap aspect rested firmly in the “nerdcore hip hop” sector. Nerdcore hip hop is a subgenre of hip hop with lyrics that deal with geeky subjects such as video games, comic books the internet and more. As you might have deduced from the Transformers reference, Optimus Rhyme’s thing was mainly robots, along with the occasional rap song about online forums and the thrills of ping pong.

2 Skinnee J’s are a slightly less obscure but not quite mainstream band who had not one, but two MCs in their roster: Special J and J Guevara (get it get it?). The band’s sound was very eclectic, at times very pop-rock, other times more funky, other times a bit hip hop. Their heyday was in the 90s, after which they soon disbanded, only to reunite recently with the possibility of new material on the way. They too happen to also be labeled as “Nerdcore hip hop” in some cases, mainly due to their song Riot Nrrrd, which is all about… well, nerdiness, and was actually a precursor to the subgenre.

The Beastie Boys are sort of Godfathers of the style. They actually started out as a punk band back in the day, and all three of them (including the late MCA, R.I.P.) are actually awesome musicians. Their debut album “Licensed to Ill” included such rap-rock fusin’ classics as (You Gotta) Fight for Your Right (To Party) and No Sleep Till Brooklyn. They would continue incorporating rock, punk and funk into their work in the years that followed, including tracks like So What’Cha Want? and their iconic track Sabotage.

Rage Against the Machine

Without a doubt, #1 of all time, the best to ever do this sh*t: Rage Against the Machine. There’s a lot to love about RATM: from charismatic frontman Zack de la Rocha’s hard-hitting politically-charged lyricism to Tom Morello’s endlessly creative use of the guitar, not just as an instrument but as a crazy noise machine. Yeah sure, RATM aren’t that “fun” band you can put on when you’re feeling groovy or looking to chillax, but they sure can pump you the f*ck up! So you still think combining rap and rock is a bad formula eh? F*CK YOU I WON’T DO WHAT YA TELL ME!