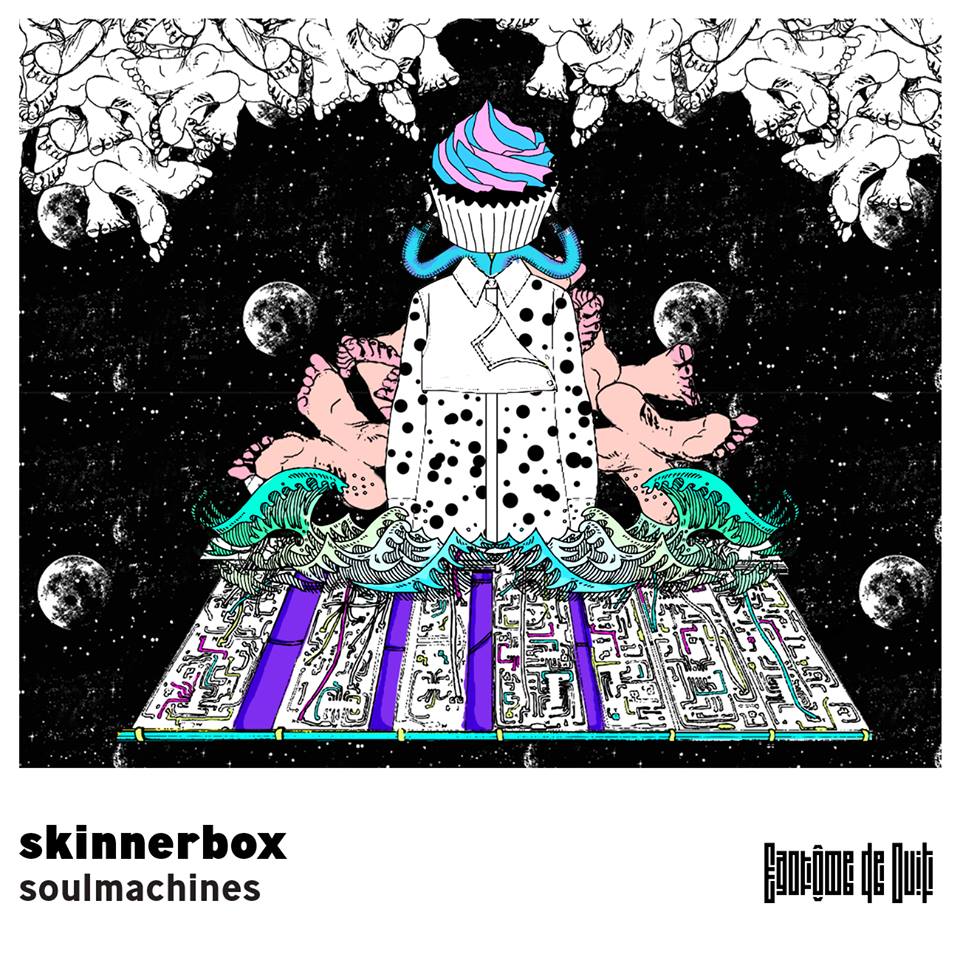 After releasing works on BPitch Control, My Favorite Robot and others, Olaf Hilgenfeld and Iftah Gabbai, aka Skinnerbox, are releasing a new EP titled Soulmachines with Beirut-based label Fantôme de Nuit. The EP consists of three tracks that showcase the duo’s distinctive style and skills. The EP’s title is extremely fitting as all three tracks are all about machine-created or machine modified sounds. It is a conversation between the souls of the different equipment Skinnerbox use in developing this record.

The first track after which the album is titled experiments around a thick bassline. With an inescapable groove, the track never settles. Modulated vocals add another dimension to it. They make it seem more tangible, yet so alien. In fact, new sounds continuously appear forged with such craft that they seem to organically stem out of the bassline.


The second track, Kalimazo, is a tense buildup of a Skinnerbox signature groove. The house intensifies in crescendo until it explodes with a slick drop that sounds like it’s come from some carnival. To add to the sonic freak show, gibberish vocal ambiance appears somewhere in the middle and they are evidently altered by a machine to sound like the soul of one. It’s kind of like an electronic exorcism of a digital processor.

Feen is the “danciest” of all three tracks. You can so easily visualize yourself raving to it. The groove is still a main character here and the vocals reminiscent of DIE ANTWOORD. The drums make all the difference here, they envelope the listener and dictate their own choreography.

Soulmachines is a house EP dedicated to the genre itself. It’s for the souls of the machines that synthesize the house. Skinnerbox take advantage of the EP to portray what they can do. They’re trying to demonstrate their branching out abilities and the vast horizons they get to fill with their creations.