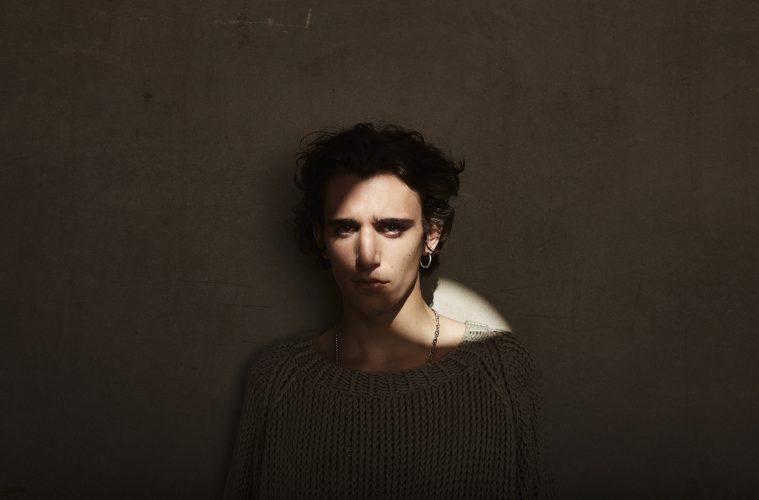 The Sounds of Memories: Interview with Tamino

Tamino, a Belgian-Egyptian musician and singer, is currently seeing his popularity explode in different parts of the world. It’s not hard to understand this once you see and hear his performances. He’s been described as the Belgian Jeff Buckley (for the right and good reasons) and is known to incorporate oriental sounds into his music.

With one year passing already since he released his first LP “Amir”, Tamino has been touring extensively and is not planning to stop. On October 12th, he goes back to his ancestral land Egypt, to perform for the first time.

We caught up with the artist ahead of his gig, discussed everything from his upbringing to his plans for the future.

How was it growing up in a musical family? When did you realize you wanted to be a singer and a musician?

For the first three years of my life we lived between Egypt and Belgium. When I turned three and right after my younger brother Ramy was born, my parents divorced and from thereon we grew up in Belgium with our mom. I’ve seen video footage of my father playing me traditional Arabic songs on the Oud, and singing his own songs, but I was of course too young to be able to remember it now. He used to pursue a career in music but now has a different profession as an event manager. My brother and I were reunited with our father when I was around 11, and we now have a great bond with him. Of course, by growing up in Belgium we aren’t able to speak Arabic, so we communicate in English with him.

On both sides of the family there’s a lot of creativity and musicality. I mainly got to experience my mom’s (who is Belgian) musicality and musical taste. She played classical piano (still does) and had a great record collection from which I borrowed, and probably stole, many beautiful records. She truly listened to all kinds of music, ranging from Classical to Arabic, to jazz, to The Beatles, Tom Waits, Serge Gainsbourg, etc. I remember her showing us the music of our Egyptian grandfather, and how much of an impression it made on me.

Whatever she played, whether it was a piece of music she was playing herself on the piano, or a record she was spinning, I was always singing along. I didn’t really think about it until I was around 11 or 12. That’s when I started playing classical piano, and realized after two years that I wanted to make my own music instead. At age 14 I wrote my first song for a girl I liked. Of course the song was terrible, but it didn’t matter. The feeling the songwriting gave me was undeniably life-changing and from thereon I knew that it was to be my greatest passion. I always loved singing but now my singing had a purpose, which was to be the medium of expression for the songs I wrote. I still look at it the same way. As much as I love singing, my need for songwriting is bigger and will always come first.

Do you feel there is a pressure for you to continue the legacy of your grandfather Moharam Fouad? Would you say there is a direct impact and influence from his music on yours?

I grew up in Belgium, where not many people know of my grandfather, so I can’t say I felt his fame influencing my life a lot during my childhood. I definitely didn’t feel any pressure concerning continuing a legacy. In fact I’ve always felt quite distant from it. At the same time I’m a big admirer of his work and I do feel proud to be one of his grandsons. I think artistically I was lucky to grow up somewhere where not too many people knew of him, which of course made it easier to start without too much pressure. On a personal level of course I find it very sad to not have been in Egypt much during my formative years and even sadder that he passed away so soon (2002), so that we’re not able to spend time together now.

What I consider a privilege however is that I can listen to his music whenever I want, and in that way still am able to hear him. That’s a privilege not many other people have in regards to their own lost loved ones..To have so much video and audio footage of him is a gift.

To answer the second part of the question I would say I never really understood the term ‘direct influence’, since it suggests that there is such a thing as a choice as to what one is going to make. In my own personal experience I’ve never felt that to be the case. Instead I always seemed to gravitate naturally to certain things, while avoiding others, and the things I naturally gravitated towards were probably a bigger influence on me than the things I avoided. But in the making of my music I don’t feel like I have much choice in the matter. I either come up with a good song, or it doesn’t happen. Whatever I come up with is out of my hands. Like Leonard Cohen used to say: “If I knew where the good songs came from, I would go there more often.”

To be able to speak of a direct influence, it would mean that I’d know what exactly happens in the creative process, while in fact I’m clueless.

I can say however, that in the recording process of my first record ‘Amir’, we did make some conscious choices to emphasize the Arabic elements that presented themselves in certain songs. We did that by recording with an Arabic ensemble and were very inspired by the sound of the Arabic orchestra’s in the golden age. This sound is heard on the records of my grandfather, Umm Kalthum, Fairuz, Farid Al Atrash, Riad Al Sonbati, etc. These are all artists I have listened to.

My parents are probably more of a direct influence, since I don’t know if my mom would have played so many Arabic records in the house if she hadn’t been with my father who introduced her to so much Arabic music. To be clear: she always had a big love for ethnic music and cultures. She has majored in anthropology and it was in fact during her studies in Niger that she met my father (who worked there at the time).

Almost a year ago, you released your first LP, Amir. How would you say it contrasts with your previous releases?

I released an EP (‘Habibi’) some months before releasing ‘Amir’, containing 4 songs which are on the record as well. Basically they were the first songs finished in the making process of the entire record, and the label wanted to bundle those 4 songs into an EP in order to create awareness around my music at the time and make people excited for the full record. So I never regarded them as separate.

Before that I had released another self titled EP, but only in the Benelux, which contained older recordings of Habibi, Indigo Night, and Cigar. ‘Indigo Night’ on that very first EP was basically a demo I recorded in my room in Amsterdam at the time (I was studying there).

When we started to record the album a year later and we had signed to Communion, I realized not many people outside of Belgium or The Netherlands had heard these songs yet, and they were definitely worth it to reach more people, so that’s why I decided to take them with me to the album.

For Amir, you worked with Nagham Zikrayat, a Brussels-based Arabic orchestra. Can you tell us how the project came to life? Why did you choose this group and do you foresee more collaborations?

They’re a small Arabic orchestra, based in Brussels, and they organize evenings where they play a part of the repertoire of a famous Arabic singer. They wanted to do this with the music of my grandfather and asked me to sing, but I kindly declined because I didn’t feel comfortable enough doing it. I don’t speak Arabic so I would’ve to have learned the songs phonetically and didn’t feel ready to sing my grandfather’s extraordinary songs. I returned the question and asked if they wanted to play on my album. And thankfully they said yes.

I knew I wanted an orchestra on several songs, but it had to be musicians who played like they did in Arabic orchestras in the golden age, since I loved that specific sound and it felt right to have it on the songs that seemed to be asking for it.

What kind of career do you think you’d have if you weren’t a musician?

No idea. I’ve loved theater since I was a kid and went to a theater school twice a week after ‘real’ school, but at a certain point music took over very naturally. It seemed to be the thing I was best at, and it gave me a real sense of purpose for the first time in my life. To be honest, I don’t think it would have gone well with me if it weren’t for music. You’re going to your ancestral country this month for a gig, would that be your first time performing in Egypt? How do you feel about that and what are you looking forward to the most during the visit?

It is indeed my first time performing in Egypt, which is very exciting. I don’t really know what to expect to be honest, though Ì have received many requests to go play there and many more lovely messages from Egyptian listeners.

Not many young artists go and play concerts in these regions at an early stage in their career. It is another reason that I wanted to go and play in the Middle East. There are so many people there who love alternative/indie music and I can’t understand how they always seem to be excluded from the touring schedule of so many artists. Even bigger artists who’ve played all over the world and are able to fill stadiums in the Middle East, still won’t go there..

The thing I look forward to the most is just the same as in other countries: Playing for people who come to enjoy the music.

We now know about your collaboration with Radiohead’s Colin Greenwood, which resulted in him joining your live band. Which artist would you say would be your dream collaboration in the near future and why?

If I had, I wouldn’t want to jinx it.

What is one unexpected fact about Tamino?

Besides touring, what do you have planned over the coming year? Any “secrets” you want to tease to or share with your fans?

Actually I haven’t planned anything besides touring. Touring has been my life for the last three years (in the midst of touring I made my first record), and I look forward to having a clear agenda and choices to make for myself 🙂