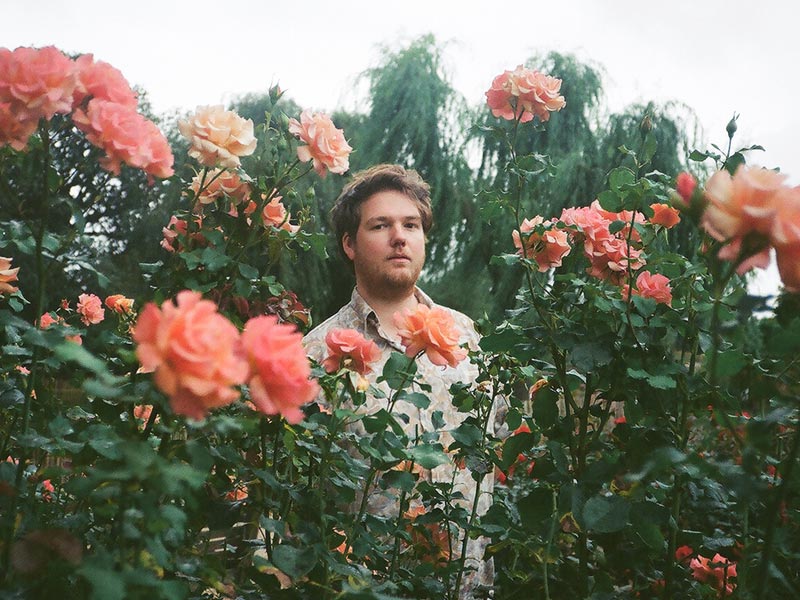 Now That He’s Real: An Interview with Chad Valley


Chad Valley is a singer, songwriter and electronic producer from Oxford, England. Since 2010, he released 2 albums, 2 EPs, 7 singles and a bunch of sexy music videos. He will be playing on August 11th in Beirut, as part of a concert for charity with the local organization 4 a Cause. Ahead of the gig, we caught up with Chad and got to know more about the man behind the music.

1. So what about the name Chad Valley? Just kidding, I did my research. You’re playing at a 4 a Cause event, which raises awareness about small causes by organizing events in Beirut. What are some issues/causes you think need more exposure to the world?

I think, to give a somewhat vague answer, that education is always a really good place to start when it comes to charity, if the basic things such as food and water are taken care of. Education is empowering and life-changing and it can lead very important changes in a culture and to individual people. I don’t want to say that certain causes are more important than others, but I do believe that education should be available to everyone in the world, and that this is very important.

2. What’s your favorite setting for producing music? Do you have like a ritual where you light candles for example or it just happens like life?

I like to have my own personal space that is set up exactly how I want it and surrounded by my own stuff. I take great pride in my studio space and I know how lucky I am to be able to have my own little musical sanctuary, so I try to keep it as perfect as I can. The few times I have worked in other people’s studios, it has taken me some time to adjust to the environment. However, candles are not something that I approve of, although I do like to have the lighting down low and I much prefer working in the night.

3. What’s your favorite thing about going on tour?

I love the feeling of being lost and homeless but at the same time also having a very strong routine. I enjoy doing the same thing every day but in different circumstances. I travel on tour often with a couple of other people and its always a really nice way to make some of the best friends you will ever have. If you are forced to spend that much time with someone, you will learn so much about them that you might not learn in a lifetime of casual meetings.

4. If you can erase one concert from your memory, which one would it be and what’s the reason?

This is easy. There was a very small concert I did in France with my old band, Jonquil. It was already awkward as it was in someone’s living room and there were only 20 people watching us, all right up close and in our faces, but no one seemed to be really enjoying themselves as it was a hot summer’s day and we were all stuck inside. Anyway, I was playing piano sat down during a particularly quiet moment when my stool completely collapsed and I fell to the floor. I still get chills of embarrassment thinking about it now.

5. I saw that you’re not detached from politics. Would you ever considering using your music for political reasons or causes?

I don’t think I will ever write political lyrics… it’s not in my nature to talk about such things in a public sphere as I would always recommend that people listen to someone who is truly educated on whatever subject it is. I appreciate people like Anohni who talk in detail about current affairs but she is someone who is incredibly well-educated on the matter, so I am happy to listen, but I don’t like the way that lots of musicians try to jump on the bandwagon of political causes just for the sake of it.

6. Aside from the style you are producing, is there a music genre you’d like to explore in the future?

I have been getting more into acoustic music and almost country-folk kinds of things. This is kind of where I started with making music when I was young so it’s almost like going back to my roots. On the other end of the spectrum, I have always really wanted to make an ambient album using lots of spaced-out guitar and no beats at all.

7. Do you ever watch a movie and say to yourself that the music is shit and you could have done a better job? Is film scoring an area you’d like to tap into?

I don’t really think about the music in films unless it’s really good. It’s rare that I watch a film that is made worse by the music, but bad music often makes shit films shittier. I would definitely love to try writing film or theatre music. It would be a real challenge for me because writing music like this seems to be all about following instruction and writing for specific purposes, which is not how I usually write at all.

8. If you weren’t a musician, what would have been your dream job?

When I’m not on tour I usually have a day job back home in Oxford which is working in a paint factory. Its better than it sounds! I sometimes think that I would have liked to be an actor although it is far too late to start something like this now!

9. Hope you don’t get asked that a lot, but it’s a standard on our website since we love lists. What are five albums that made you who you are as an artist (or even as a person)?

10. Now for the last question, about that name….… Sorry couldn’t help it. What advice would you give for failed musicians like myself?

Firstly, never ever consider yourself as failed as this sounds like you have given up! Secondly… Never give up! If what you are doing sucks then rip it up and start again.