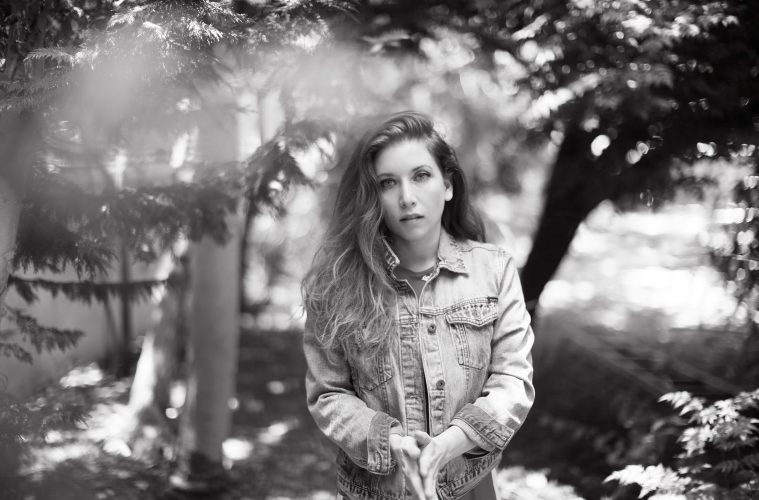 Do What Makes You Happy: The Hana Malhas Interview

Jordanian singer-songwriter Hana Malhas has her own way in evoking feelings you thought you had buried, feelings you were Nasi. The artist has paved her way bringing together diverging worlds be it in location or professional background. She recently released her latest album Nasi, an electro-pop venture dipped in a melancholic ambiance. We sat with the songstress to discuss her process, her idols and everything in between.

Let’s start with how got in the music industry. You have a business background, can you tell us how you made the move into music?
It wasn’t a ‘move’ as much as a ‘merge’. Integrating both parts of my brain into one field was one of the best decisions I’ve ever made! I had classical music training growing up (piano, violin, orchestra – the works), which later turned into writing my own songs on piano and guitar, and eventually launching a professional career in music. In parallel, I got my MBA and worked at grown-up day jobs. Now – I still work on multiple projects simultaneously, but at this point, all of them are related to music in some way: artistic creation, performance, and the management side of music. The mix really works for me.

Nasi is your first full album release. Can you tell us more about it? How did it come to life and what were the challenges leading up to the release?

I’m so excited that ‘Nasi’ is finally out in the world! I love the notion that listeners will connect to the songs in their own way. Each song addresses an aspect of our complicated relationship with time, and I feel like everyone can relate to that, even if they interpret it differently. Especially if they interpret it differently. The vibe is nostalgic, longing and hopeful.

One of my challenges was finding the right producer to work with. Meeting Khaled Nimry was a spark, he successfully helped me find and shape the electro-acoustic yet classic sound that I was going for.

Another challenge was writing in Arabic for the first time, but it opened up new creative circuits and opportunities for collaboration, as most new experiences do. I was honored and encouraged to have one of the Arabic tracks – the title track ‘Nasi’ – chosen to be part of Universal’s NOW Best of Indie Arabia 2017 compilation.

Of course the major challenge above all else was financing, which is a struggle for most independent artists. The album would have been impossible to make without the overwhelming generosity of fans, friends, and family, contributing via a Zoomaal crowdfunding campaign, especially the support of Immortal Entertainment, a local cultural production company.

The music we hear growing up really shapes our entire lives. What were your musical influences and how did that affect your style?

Everything we experience affects our style as songwriters and performing musicians. You’re moved by riffs, phrases, arrangements, performances, genres – and then you start experimenting with your own until you land on something that you know is YOU. That cycle doesn’t stop as you grow older, I think it just evolves.

When I was writing Nasi, the music I listened to was pretty diverse: Chet Faker, Flume, Cairokee, Bishop Briggs, Sia, Lana Del Ray, Coldplay, Leon, James Bay, Hozier, top 40 hits, Amy Winehouse, Florence, Daft Punk, Ellie Goulding, The Lumineers. I was also frequently surrounded by the work of my peers in the regional music scene through my work at BalaFeesh. The diversity of what I listened to gave me what I needed while writing: escape, space, extremes.

Growing up, I was drawn to my father’s collection of songwriters’ albums like Cat Stevens. Queen. Elton John. An Arab household, so of course Um Kalthoum and Fairouz go without saying. Asmahan was a favorite. Being a female pianist, I was also influenced by Tori Amos, Regina Spektor, Jewel – they gave me something to emulate when I first started playing around with covers.

When I got to see live shows I was blown away by Damien Rice, Ray LaMontagne, Feist, Radiohead, Brandi Carlile, they all inspired new ideas around the time I was writing and performing my earlier acoustic songs.

Also, I am a firm believer that everyone has an 80s glam-rock alter ego persona (mine has really big hair).

You know what else influenced me? Grey’s anatomy. As absurd as this may sound, the timing and placement of music on that show is remarkable, as if the music is a character all on its own. I realize now that I’ve been making music that is meant to be paired with the big screen. I feel it in my bones!

Tell us a bit about your creative process. How do you build your tracks from the ground up? And does that differ between your English and your Arabic songs?
There is no standard formula. Not for me at least. It’s more of a balancing act and timing is everything; you can’t force inspiration, but you can’t be lazy either. Sometimes melodies come first, sometimes lyrics do. Sometimes you need a lot of isolation, other times co-writing can be phenomenal (as I learned from working on this album!). Sometimes I prefer to start writing with an acoustic instrument and build an arrangement around that, and other times I try to experiment with bass lines or beats as a starting point through Ableton (software), then build. Whether I’m writing in English or Arabic, it’s the same.

What would you say gives your music its unique identity?
I don’t know if it is unique. Here is what I do know: I’m an Arab female singer that plays piano and guitar. I write lyrically-driven songs that are electro-meets-acoustic. I write songs from my perspective on life, in both English and Arabic, and I love performing them live.

I think that my Arabic songs offer somewhat of a new sound. Ironically, it’s probably a result of my inexperience in Arabic music knowledge, coupled with my desire to genuinely express through singing in Arabic. So when it came to melodies and phrasing, I just did what felt natural to me. That helped me create a voice and style that is my own, and I think that listeners connected to it.

I’ve been told my vocal delivery is emotional, and once a friend wrote that the way I ‘color words with melodies’ is ‘unique and mesmerizing’ –  I would like to believe that is true! I want my music to move people in a way that inspires them to find purpose, resolution, release, or escape, for a minute. Or a lifetime. Whichever sticks.

What was your most memorable live experience, and why?
I performed a few months ago at a Red Bull music event, here’s why I loved it so much:

1) It felt great to try out some of the new songs for the first time live, pre-album release!

2) I felt like a proud human Shazam: Many people approached me after the show to ask me ‘what was the name of that last song?’  (It was ‘A Letter to Time’, for the record).

Who’s one artist you grew up wanting to be in their shoes and why?

I grew up wanting to be a surgeon…and then a Battle Star Galactica or Buffy character (in real life, not as an acting career). I do also remember wanting to be as cool as Axl Rose. In case you were wondering, none of this ever materialized.

What effect has the music scene in Jordan had on you? How do you see the future and evolution of that scene?

Jordan, in most industries, but especially the music industry, forces you to become a creative problem solver in order to get anything done. What it lacks in music infrastructure and proper foundations, it makes up for in the amount of talent it harbors, it’s a hub for original creators, talented artists, and new ideas that will be the next generation of big music makers.

But the future of the Jordanian music scene is tied to the growth of the music scene of the surrounding countries and the region as a whole – we need to create regional networks, resources, tour circuits, educational program changes, etc., to make music a real part of our cities (it’s not at the moment).

There are also some key community partners – individuals, foundations, and companies – that are actively investing in improving the music scene in Jordan. I co-founded BalaFeesh not knowing it would become one of those (smaller) companies, but I’m glad it is, and I’m glad it is partnering with those bigger key players.

What advice would you give to up and coming Middle Eastern artists trying to make their way up?
Do what makes you happy, and do it well. Practice your craft always, don’t take it for granted. Adapt and create, when it comes to managing your career or your time – the formulas for success and sustainability are still being shaped in our part of the world. Pay your dues, as with any performing artists. Know how to produce your own sound. Wait for the right time.

What does the future hold for Hana Malhas?

More sleep, and more time with my nephew. A music video or five. An album launch show in Amman, followed by a regional tour. At some point, I’m hoping you’ll leave a movie theater in tears with one of my songs having played mid-movie, and another one at the credits. Or maybe you’ll be in PJs watching your favorite Netflix show, you’ll hear my voice and music in the background of that perfect scene, in a way where the music feels like a character of its own.