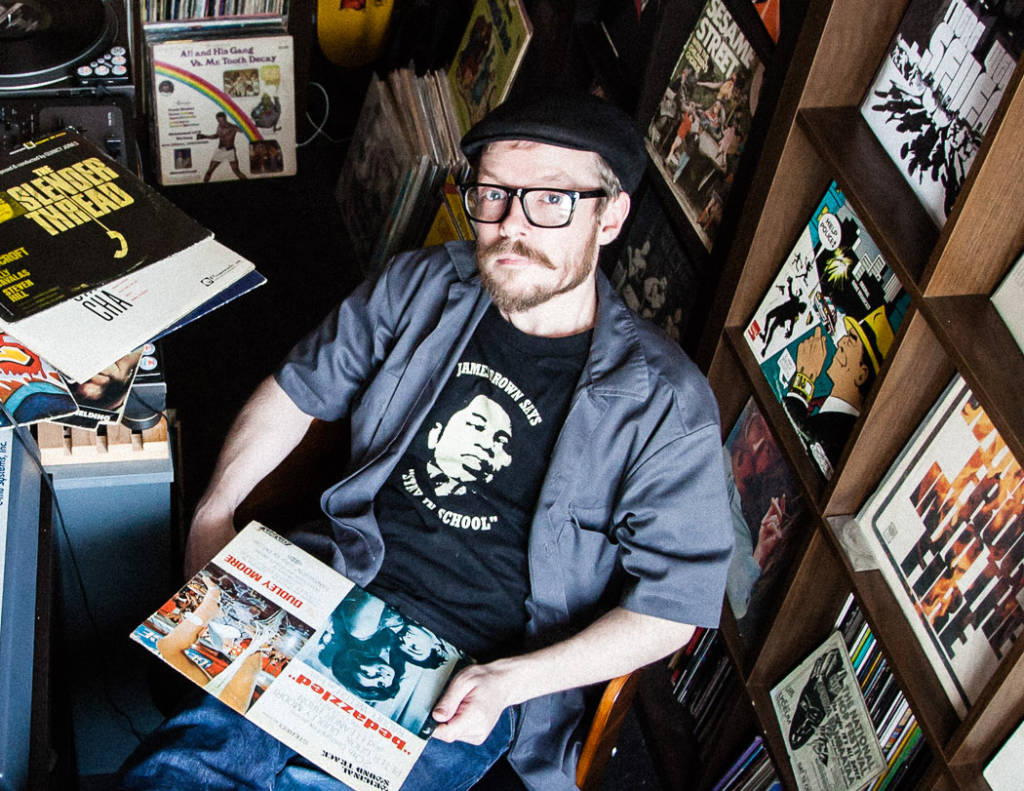 Getting Down with Ollie Teeba

If you’re a fan of funky jazz-flavored instrumental hip hop, I’d have to recommend you give The Herbaliser a good listen. The British instrumental hip hop duo, who’ve been putting out material for nearly two decades now, consists of instrumentalist Jake Wherry and DJ/producer Ollie Teeba. In addition to his involvement with The Herbaliser, Teeba has produced independently for numerous MCs and is involved with a more rap-oriented side-project of his own called Soundsci.

On the occasion of his second visit to Lebanon for the Beirut Groove Collective’s first beach party of the summer, in which he will be DJing, we had a talk with Mr. Teeba to get the lowdown on preferred production methods, the state of hip hop in the modern day and everything in between.

You’ve previously played Beirut with The Herbaliser back in 2011 when you rocked DRM in Hamra. Was that your first visit to Lebanon? What was that whole experience like for you?

Really wonderful. Many of us had never traveled to the Middle East before and really didn’t know what to expect. It was a very different experience but very pleasant indeed. We were very well looked after. Beirut is a very interesting place with its history clearly visible. We visited an area where, just in the architecture, you could see evidence of the different civilizations that had lived there throughout time.

How long have you been producing and DJing, and how did you first get into these practices? Were you a hip hop head growing up?

Yes indeed. I first heard Hip Hop in 1981 or 82. The first records I knew were The Message by Grandmaster Flash and the Furious 5, Buffalo Gals by Malcolm McClaren and the World’s Famous Supreme Team and Rockit by Herbie Hancock. A short while after, I saw the movie Wildstyle. When I saw that, it confirmed what I wanted to do for the rest of my life. At first I was a B-boy, then started with graffiti, but once I got my first proper turntable in 1985 I got completely into scratching and mixing.

Within the Herbaliser discography, one can notice a gradual shift from the traditional sample-based hip hop sound (the debut album Remedies), to something much more organic with live instrumentation (like in Same As It Never Was) and even a fusion of both approaches (as heard in the latest album There Were Seven). As a producer, which of the two approaches do you prefer? And why?

Well, the sample parts of the record are where I flex my skills at editing and arrangement. They are the bits that have more of me in them. But I love the way a sample-based track comes to life when instrumentation is added. Sometimes a sample-only track can sound a bit two-dimensional and the instruments add depth and a more human quality.

So, its difficult to separate the two elements particularly with The Herbaliser as that has really become it’s distinctive sound, whereas my other project Soundsci, and also my upcoming solo album, are more sample-based. They are lyrical rap records though and so a more stripped-back approach is used and the human voice creates a different vibe again, from the instrumentation.

You contribute a whole lot of samples and scratching to the group’s sound, but do you think that old school style of instrumental hip hop and turntablism is at stake in the EDM-dominated world of today or will it always thrive regardless?

It’s under threat from EDM. That’s kind of what There Were Seven, our last LP, was about. Machines completely dominating the human world. Digging for breaks and chopping them up and re-working them will only remain part of hip hop if we keep on doing it and passing that on to the younger generation. The kids of today are being completely mis-sold on what hip hop is about.

The stuff you hear in the mainstream has much more in common with contemporary pop music than underground hip hop. You can’t hear much difference between a rap song and Justin Bieber. However, all of this has forced more traditional forms of hip hop back underground, which to some extent has allowed us to reclaim it, since the big rap labels aren’t really interested in it any more.

You’ve worked with various rappers throughout your career, both with The Herbaliser and as a solo beatmaker. Who were some of your favorites to collaborate with? And what did each bring to the table?

I’ve been very privileged with both The Herbaliser and Soundsci to work with some really top-drawer rap talent. They all bring with them a different magic. My favorites would be Jean Grae, Rakaa Iriscience and MF Doom.

Speaking of rappers, your latest upcoming project is a collaboration between The Herbaliser and Canadian rap-duo Teenburger (Ghettosocks and Timbuktu). What can you tell us about this project?

Wow. You’ve been doing your research! I first met Ghettosocks on a DJ gig I did in Halifax around 2007 (I think). I was immediately impressed with his prowess on the mic and even more by the humor in his lyrical style. Really my kind of MC. I said to him that I thought it would be good to work together at some point. So a couple of years back when he and Muneshine (of Twin Peaks) were in Europe, they laid down some tracks for There Were Seven.

We also featured Teenburger on March of the Dead Things, another song on that LP, and decided to bring those two degenerates, Timbuktu and Ghettosocks, on tour with us. We had such a great time, made a real connection with them and decided a more completely collaborative project needed to happen. The album is about halfway written and produced now and its going to be a funny and funky listening experience for sure.

What else do you have in store for the future, be it with The Herbaliser or solo?

I have my own solo LP coming out this year. Its complete. It just needs mastering and artwork. A new Soundsci LP will be dropping early next year and Jake and I are about to get busy on a new top secret project very shortly. I’d tell you what it is but then I’d have to kill you haha.

What sort of material do your DJ sets usually contain and what can Beirutis expect from your upcoming one at White Beach in Batroun?

My DJ sets are often a mixture of hip hop, mash-ups, jazzy beats and old soul and funk. I’ve been playing with Serato for the last 8 years or so but lately have been gravitating back to vinyl. I’ve been playing a lot of vinyl-only parties and they seem to bring in an audience much more receptive to the kinds of sounds I play. So, lately I’m playing 45 vinyl-only sets. These are much more soul/funk with a bit of 80s/90s hip hop. That is what I’m bringing to Beirut. I hope you have funk lovers!

We sure do Ollie, we sure do… Show some love for that funk and Mr. Teeba on July 19th by coming down to the Beirut Groove Collective’s first beach party of the summer at White Beach in Batroun, which will feature Ollie himself as well as a handful of local talent behind the decks including DJ Spindle, Ceasar K and more.