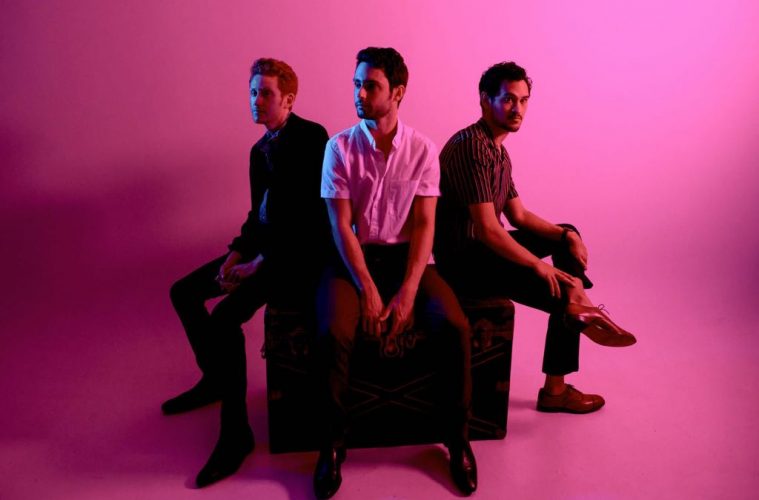 San Diego is the furthest point in the US from the UK’s Sheffield. Yet Creature Canyon have made sure to deliver sand, beach, and sun influenced indie rock, reminding us (or me at least, but guess what? I write whatever I feel like writing) of the Arctic Monkeys whenever the drummer’s stick hits and resonates through the punchiest of bass lines.

The San Diego boys have supported and played with A-list artists and are on their way to headlining in the near future. Keep an eye on this Creature and make sure to check out their single “Hot Streak” that just came out a few days ago.

I have managed to get a hold of the guys behind the up and coming California band before they get too famous, and had a little chat with their lead vocalist Austin Steele.

If you could start off by giving me a bit of background insight, where and how did it all start?

The band started after each of the current members’ previous bands dissolved, and we had been friends for a while so we decided to get together, form a new project and make some Rock’n Roll stuff, just jamming together and having fun for the first part; all we wanted to do was write some cool songs and see what happens.

Although your songs share a resemblance obviously, but I’ve noticed your tracks aren’t necessarily similar. Who in the band writes the music? what’s the usual writing process you follow and what/whom influences it?

Well, the first album started where I’d have some songs, that I would write in my own time, whether fully or partially, then bring them to the band, we’d jam it out, Ryan would add a guitar riff and, well, we try to make it into a song.

So, really, it’s whoever has an idea that ignites us all and pushes us to start cashing out arrangements, melodies and instrumentation. It’s mostly really collaborative which makes the whole process very fun and that’s especially on the new stuff, even the lyrics, we would get together and go over it with everybody.

As for the influence, we’re pretty much influenced by our everyday lives, experiences and just going through everyday things, and this is why I think listeners would relate to our songs.

If you could choose 1 artist, dead or alive to collaborate with on your next release, who would it be and why?

John Lennon for sure! Cause he’s trying to give peace a chance, and I love it and I’m a big Beatles fan.

This might be the most clichee question for all the artists now, but I would really like to take your thoughts on it, as a California-based, young band. Does the Trump presidency affect you and your music in any way?

I’d say no, I’m not too political, I really draw from personal experiences with daily life.

Last but not least, any plans on touring outside of the States anytime soon? Let’s say maybe a Beirut show?

We don’t have anything lined up at the moment, but hopefully eventually we could get out there and give a great show to Beirut! We’d love to come out there eventually!